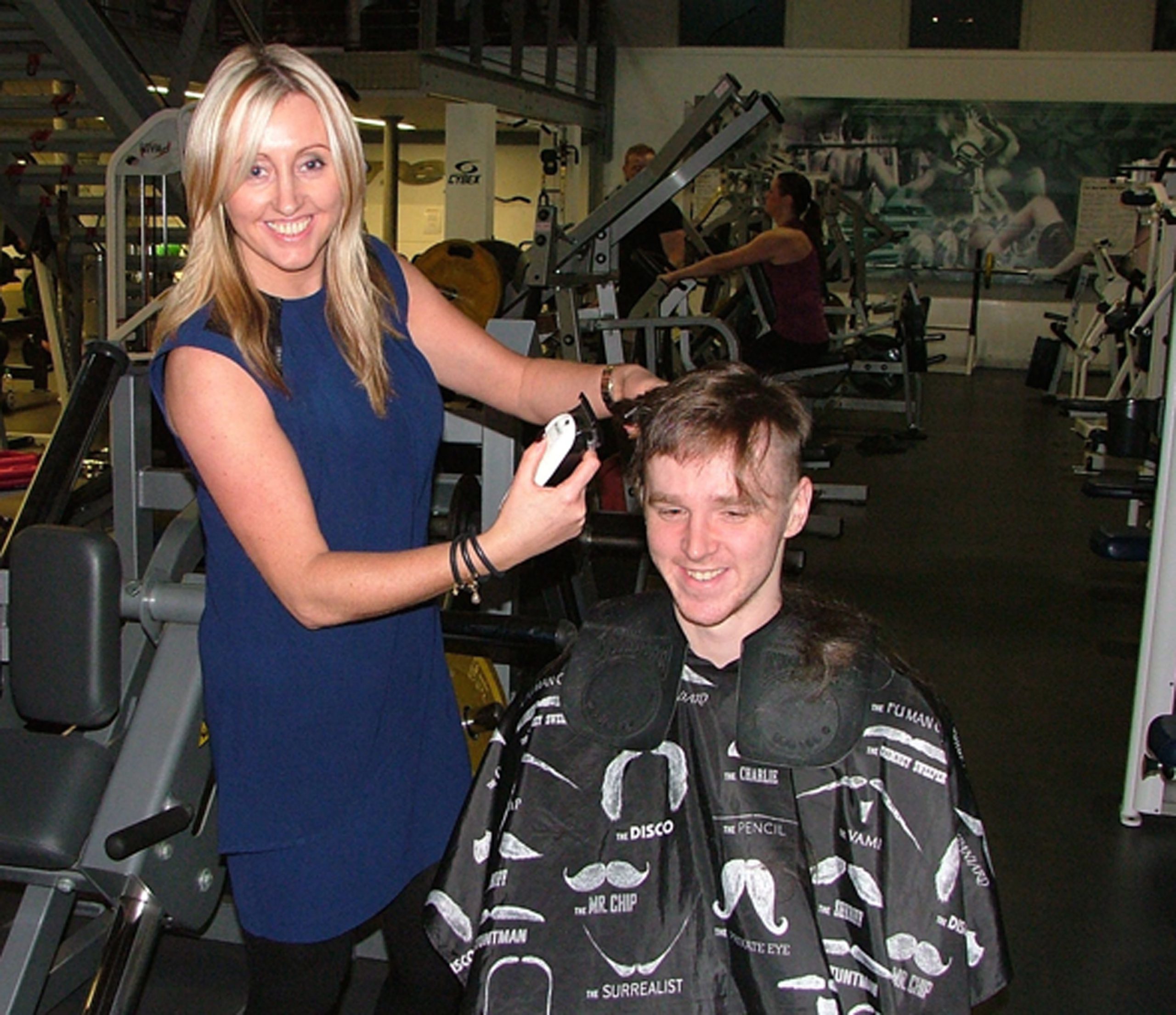 IT was definitely a case of hair today, gone tomorrow for Scott Falconer when he decided to raise money for a Paisley charity.
Friends and family sponsored the 22-year-old to have his head shaved with all the money raised going to help boost funds for Renfrewshire Sports Charity.

The charity runs Pro-Life Fitness Centre, in Paisley and donates its profits to the two Renfrewshire hospices – St Vincent’s and ACCORD.
Scott is an enthusiastic fundraiser for good causes and in the past has walked the West Highland Way, gone on sponsored runs and even jumped out of an aeroplane to skydive and then parachute his way to the ground.

The mental health support worker explains why he decided to have the shoulder-length hair shaved by hairdresser, Claire McMahon in the middle of the busy Pro-Life gym with dozens of members looking on.

“I wanted to do something different for Pro-Life Fitness Centre now it’s a charity and it was a spur of the moment idea,” he says.
Scott from Kilbarchan added: “I’ve had long hair since I was a teenager and no doubt, I’ll get a bit of a ribbing from my friends when they see my bald head. But it’s raising money for a very good cause so it was worth it. 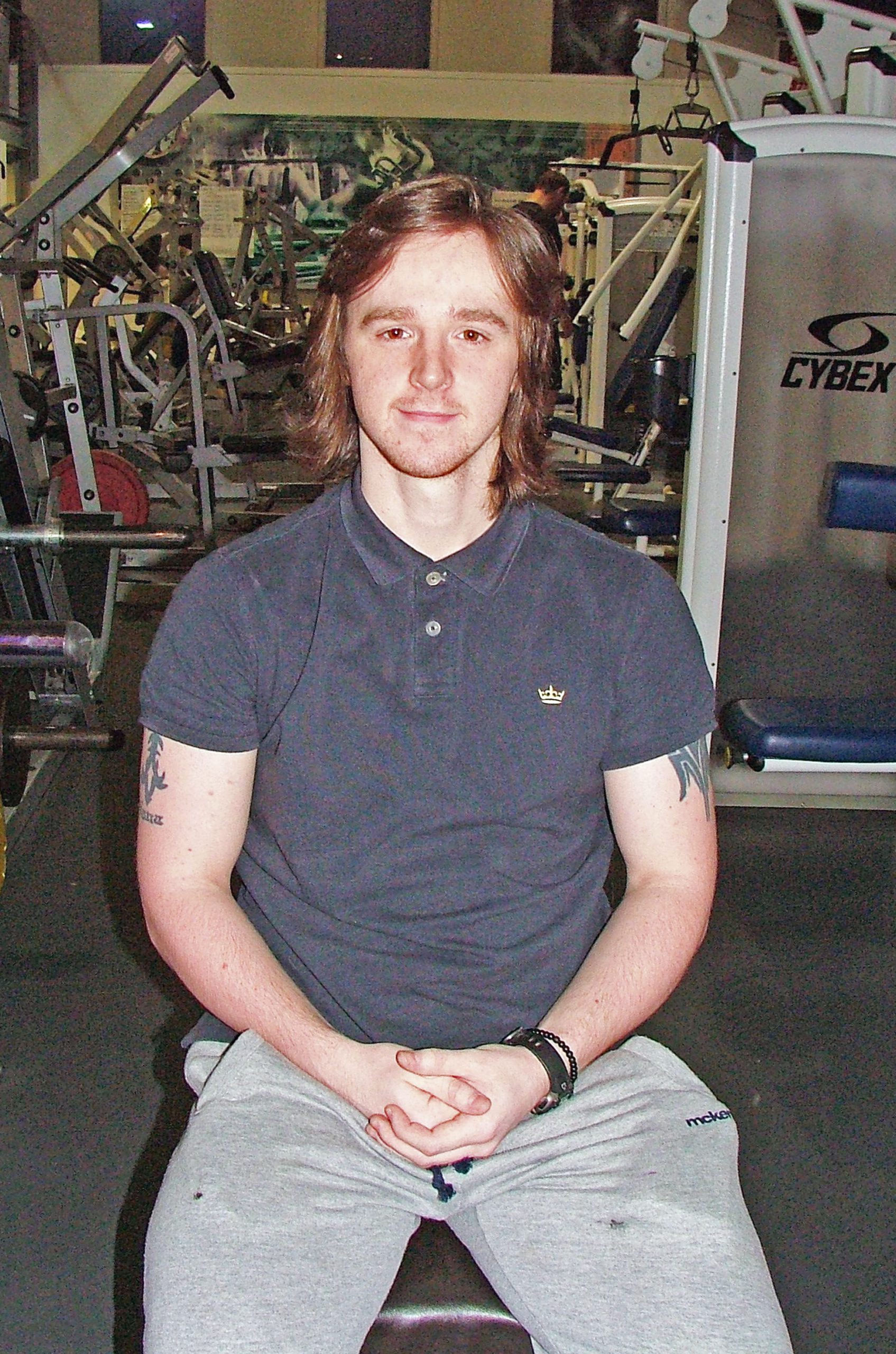 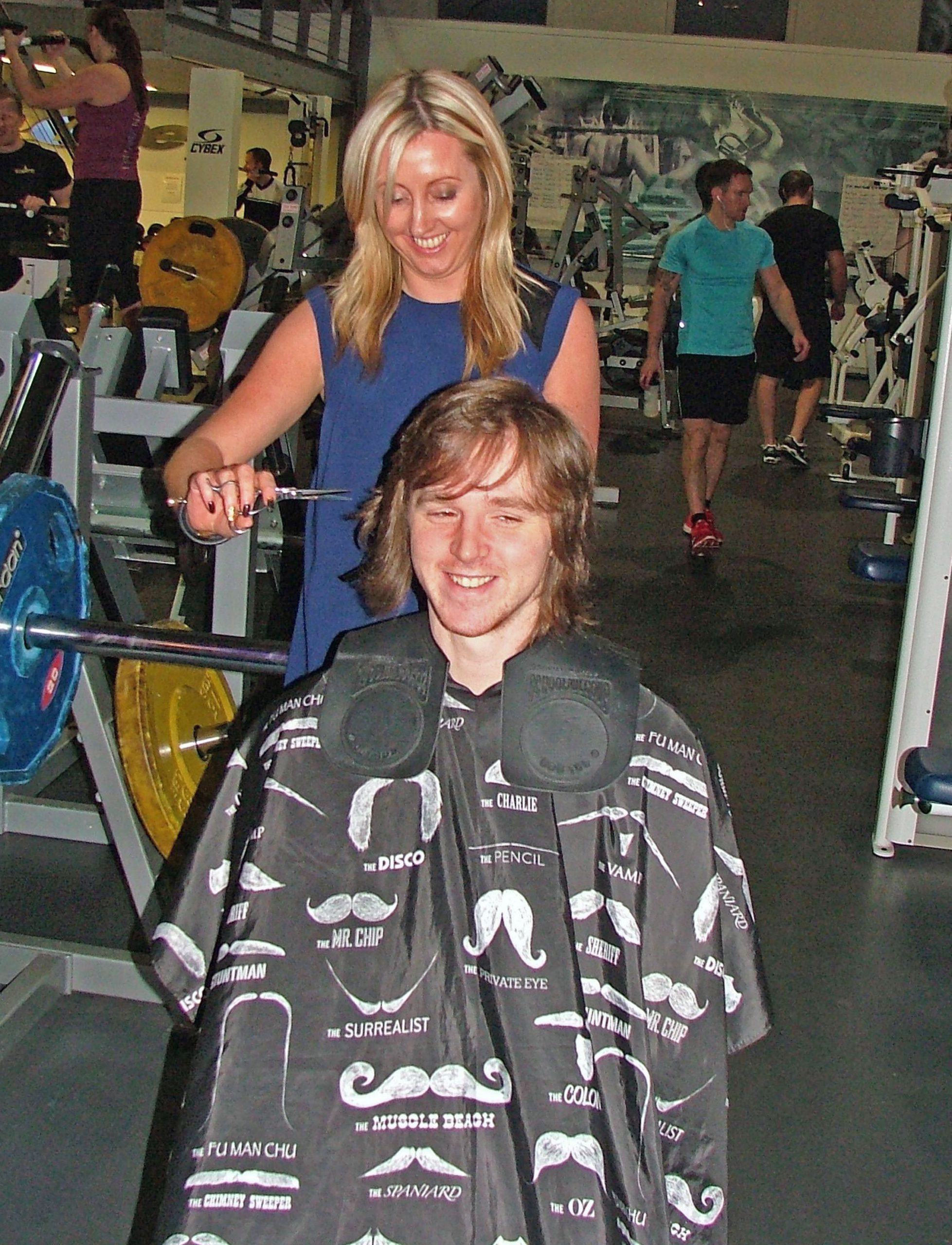 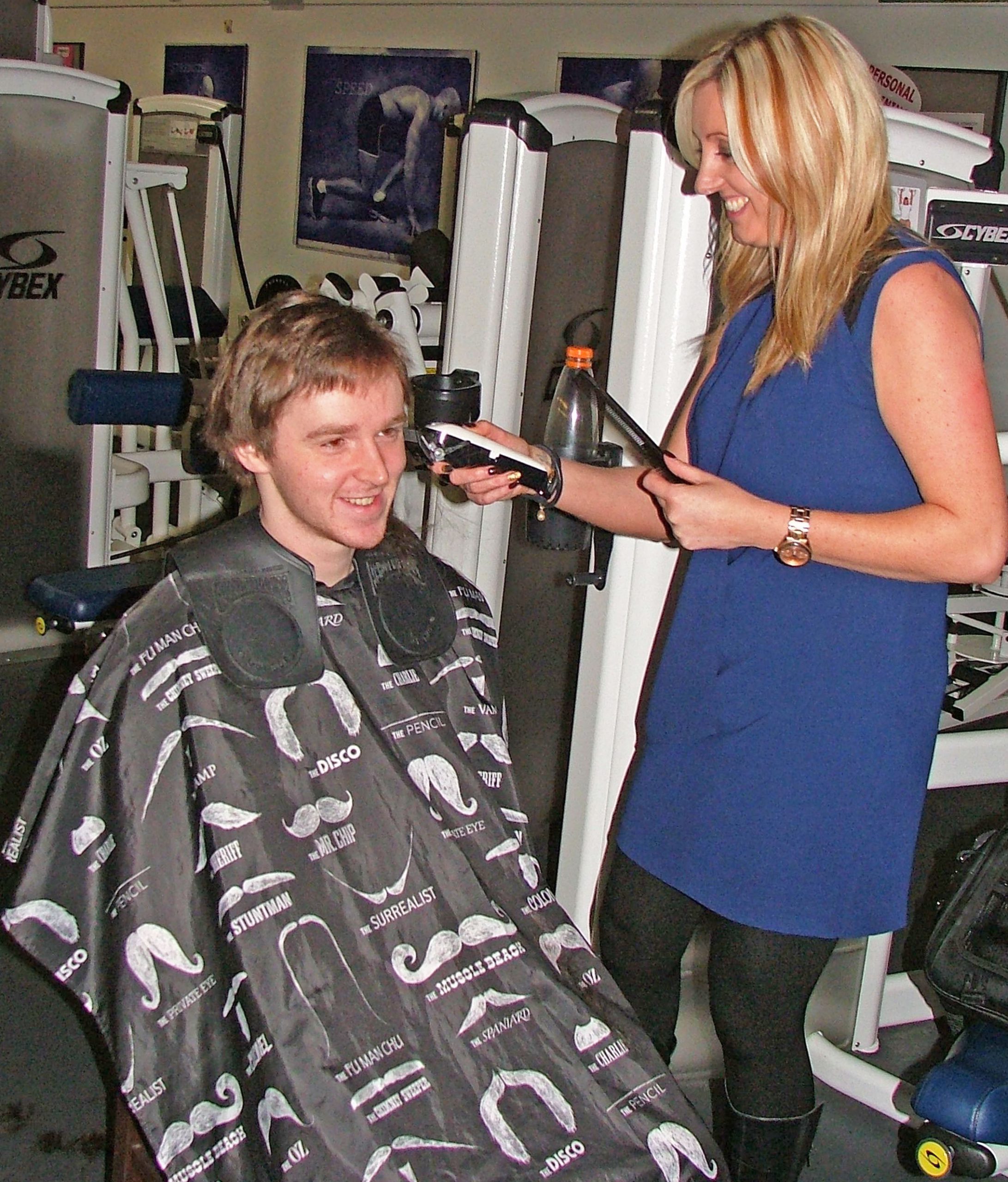 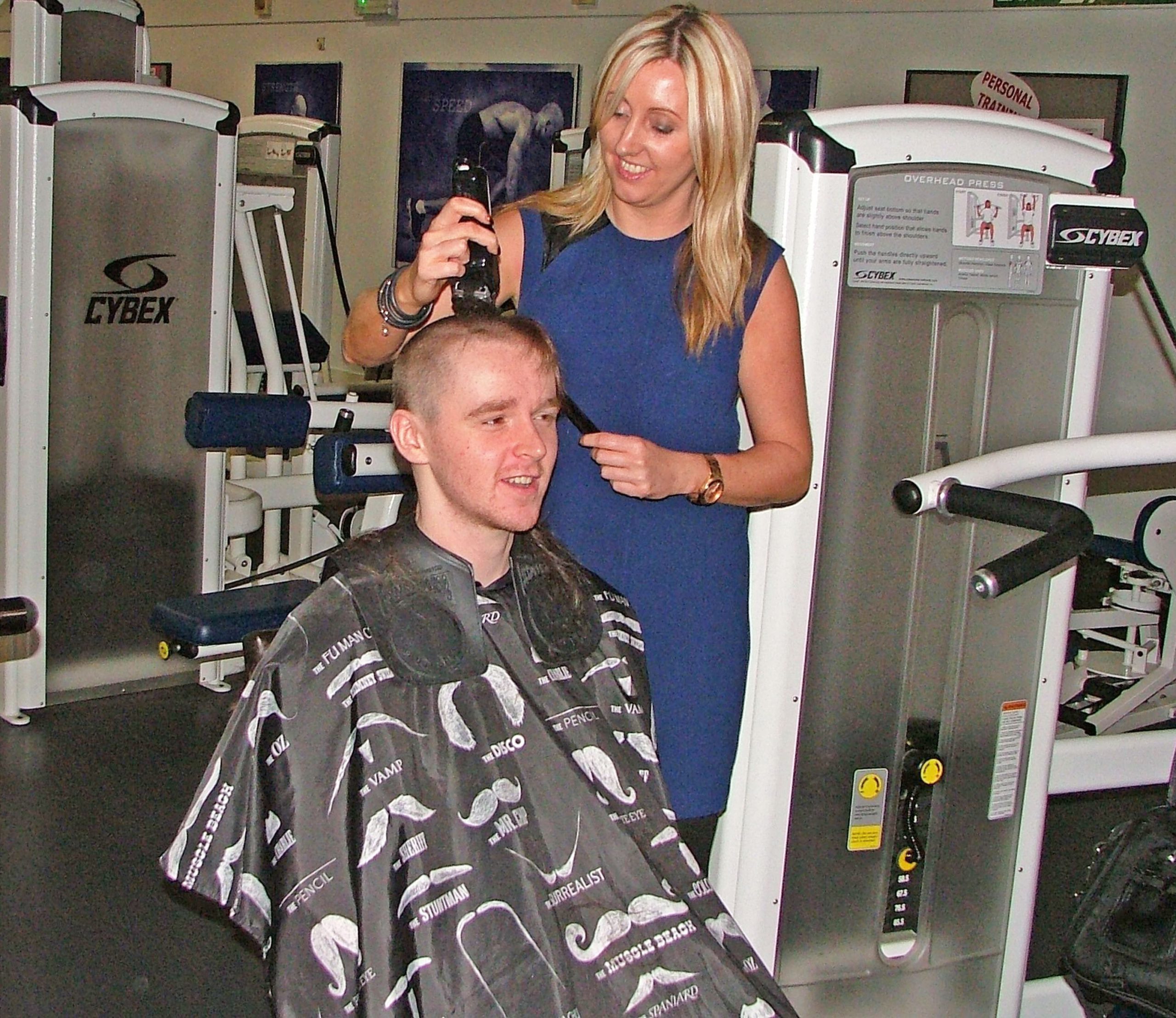 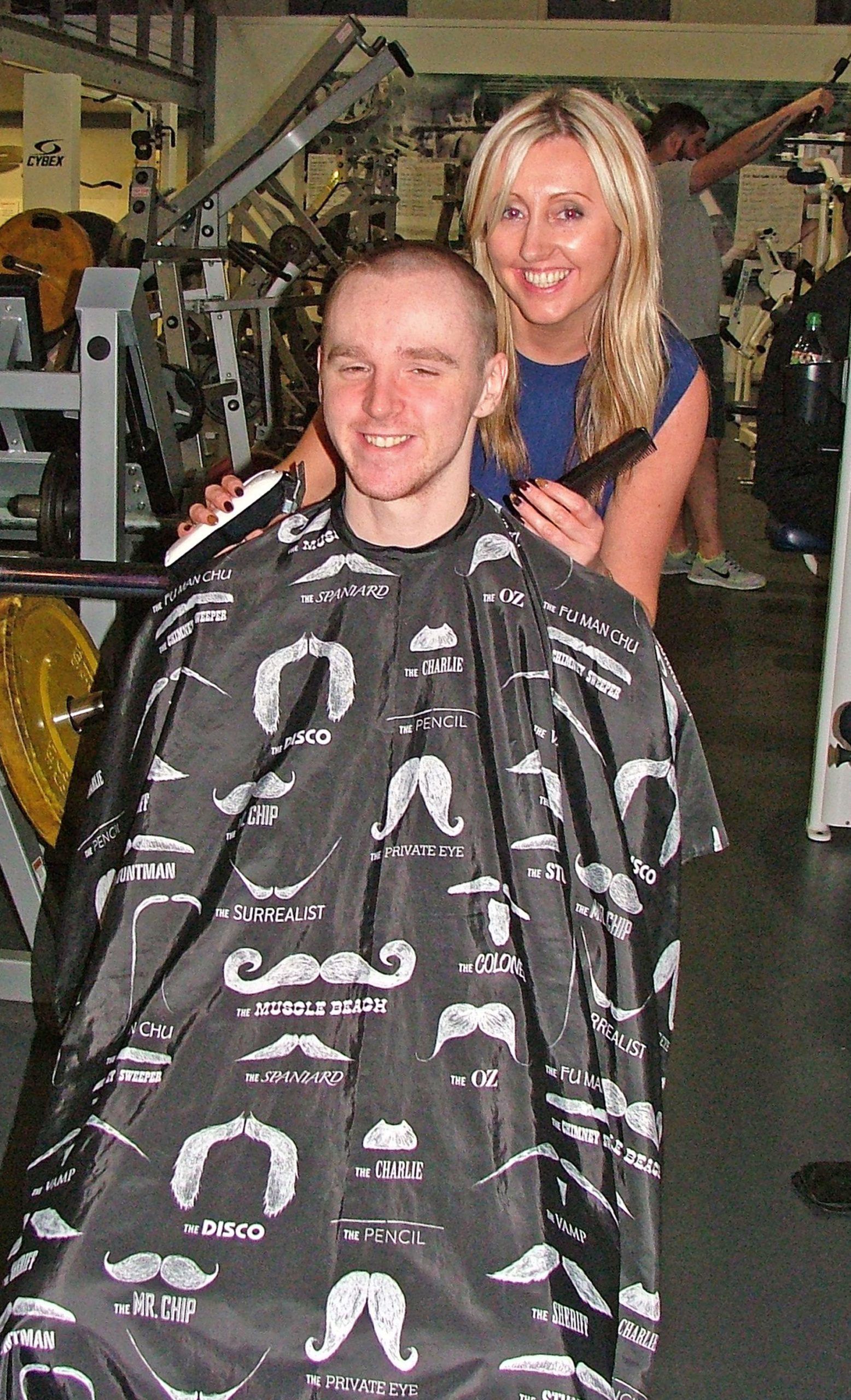 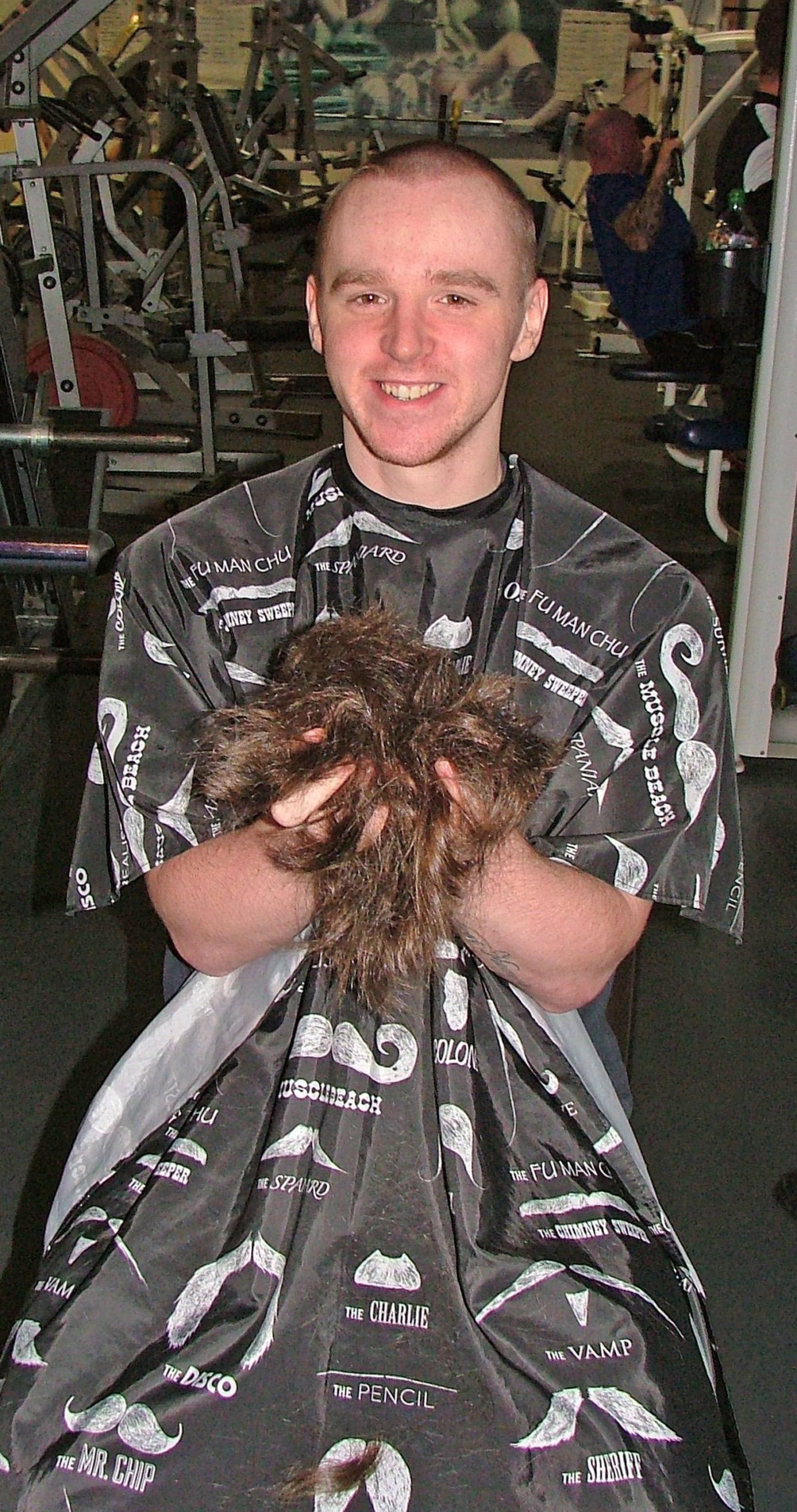 “I’ve seen people shave their heads for charity before and I always thought good on them. Now I’ve felt their pain as well!”
Scott’s 18-year-old girlfriend Caitlin Lochhead wasn’t too keen on him having his head shaved when he told her about his plans.

“I thought he was kidding me on at first and I didn’t want him to have all his hair shaved off. I even suggested he did another skydive, instead.

“But he’s done it now and his head feels like velvet when you touch it and I think he looks much younger too.

“It’s really OK that he’s done it because it’s for a good cause and his hair will soon grow back in again.”
Gayle Brannigan, chief executive of Renfrewshire Sports Charity, said: “Well done to Scott for going though with the head shave. It’s quite a big deal when you have had long hair for so long.

“He’s been a member at Pro-Life for four years and we knew all about his rather adventurous charity stunts like skydiving so we are delighted he is backing us this time round.

“This one was definitely the most hair-raising or should we say hair-falling.”