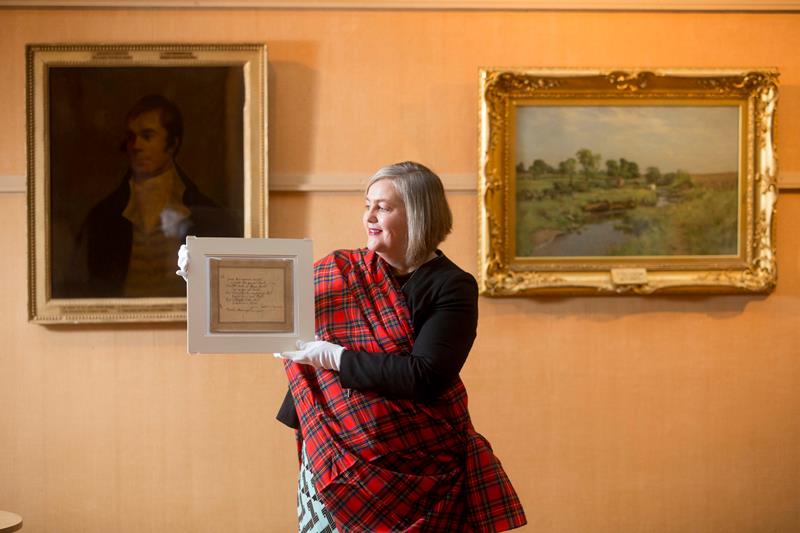 It’s been in Paisley’s collection for two centuries…now a manuscript penned by Robert Burns himself has been confirmed as the world’s only surviving copy of a rare piece of the poet’s work. The piece – ‘Sir, Yours this moment I unseal’ – dates from 1786 and is described by experts as one which ‘any major library in the world would be proud to have’.

It was donated to Paisley around 200 years ago, just as Burns relics were becoming valuable commodities, and has been in the town ever since.

But the true significance has only now become known – with a leading Burns expert confirming that not only is the script in the bard’s own handwriting, but it is the world’s only known surviving copy of the verse. 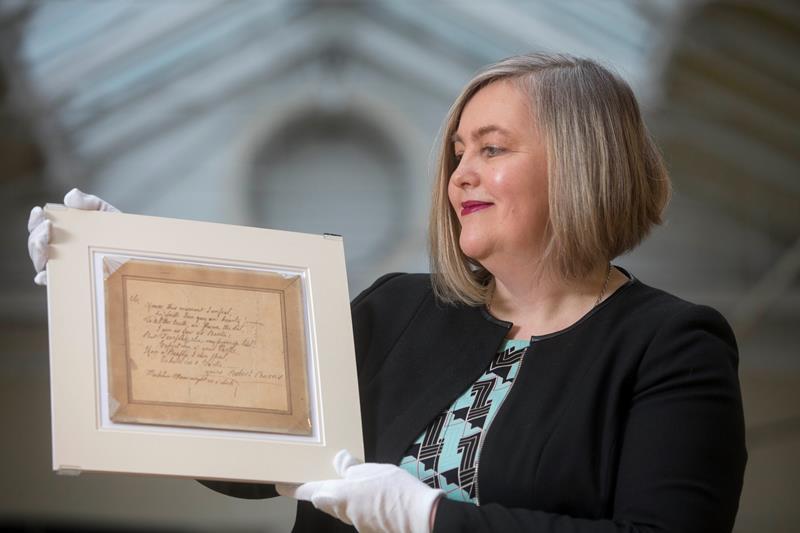 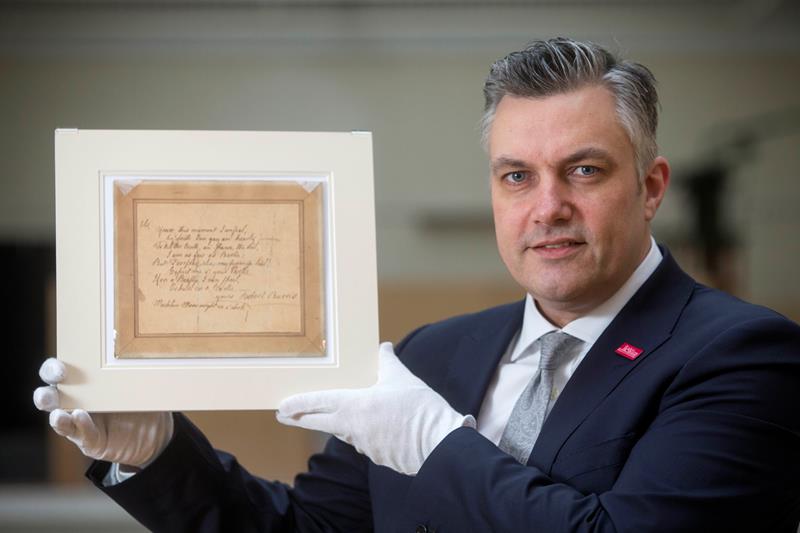 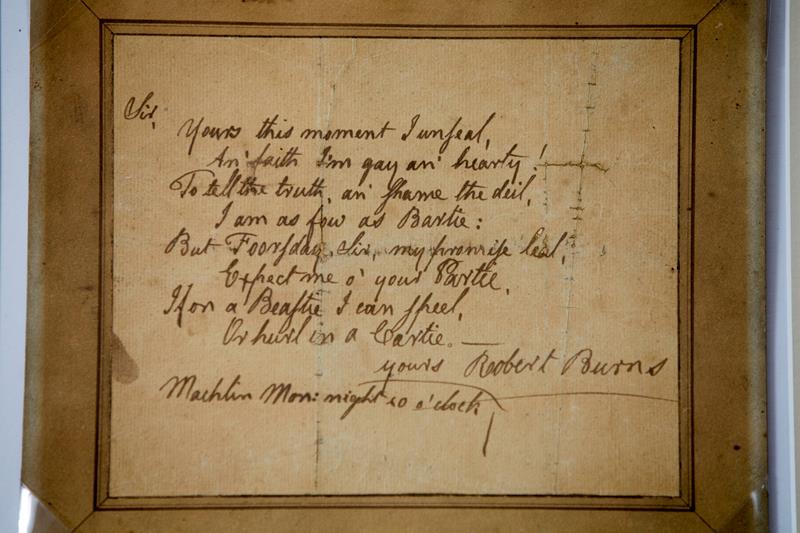 It will go on display in Paisley Museum this week – in time for the 257th anniversary of Burns’ birth on Monday, and at a time when Paisley’s bid to be UK City of Culture in 2021 is gathering pace.

It was originally donated to Paisley by John Clarkson of local threadmakers McGavin and Clarkson, at a time when the town was a thriving global textile hub.

Professor Gerard Carruthers, co-director of the Centre for Robert Burns Studies at the University of Glasgow w- authenticated the piece – said: “Although this is not one of Burns’ major works, it is a hugely important manuscript.

“It is one that any collector, town in Scotland, or major library in the world would be proud to possess.

“The text was used by 19th-century editors of Burns, but then disappeared from sight for reasons that are not all that clear.

“The text is an upbeat poetic squib dating from 1786 and Burns’ first flush of fame.

“In it he accepts an invitation to a social gathering, even though he says he is at this moment as drunk as ‘Bartie’ – which has been taken as a name for the devil.

“Another intriguing mystery remains, as we don’t know to whom the lines have been addressed.”

The item was initially held in the collection of the institutions which later formed the current Paisley Museum and Central Library and has been in secure storage in the town in recent decades.

In November last year, plans were revealed for a £56.7m revamp of Paisley Museum into an international-class destination based on the town’s unique textile history as a flagship project connected to the town’s UK City of Culture 2021 bid.

At the same time, Renfrewshire Council has set aside £3.7m for a publicly-accessible museum store to open on the town’s High Street by 2017.

Councillor Mark Macmillan, chair of the Paisley 2021 Partnership Board, added: “We already knew the town’s museum collection was of international significance, but this latest discovery shows we have another star item in our possession.

“As the town’s UK City of Culture bid moves closer, we will be looking to showcase the full scale of that collection to residents and visitors through the revamped museum and museum store.”

The full text of the poem reads –

Yours this moment I unseal,

And faith I’m gay and hearty!

To tell the truth and shame the deil,

I am as fou as Bartie:

But Foorsday, sir, my promise leal,

Expect me o’ your partie,

If on a beastie I can speel

Or hurl in a cartie.