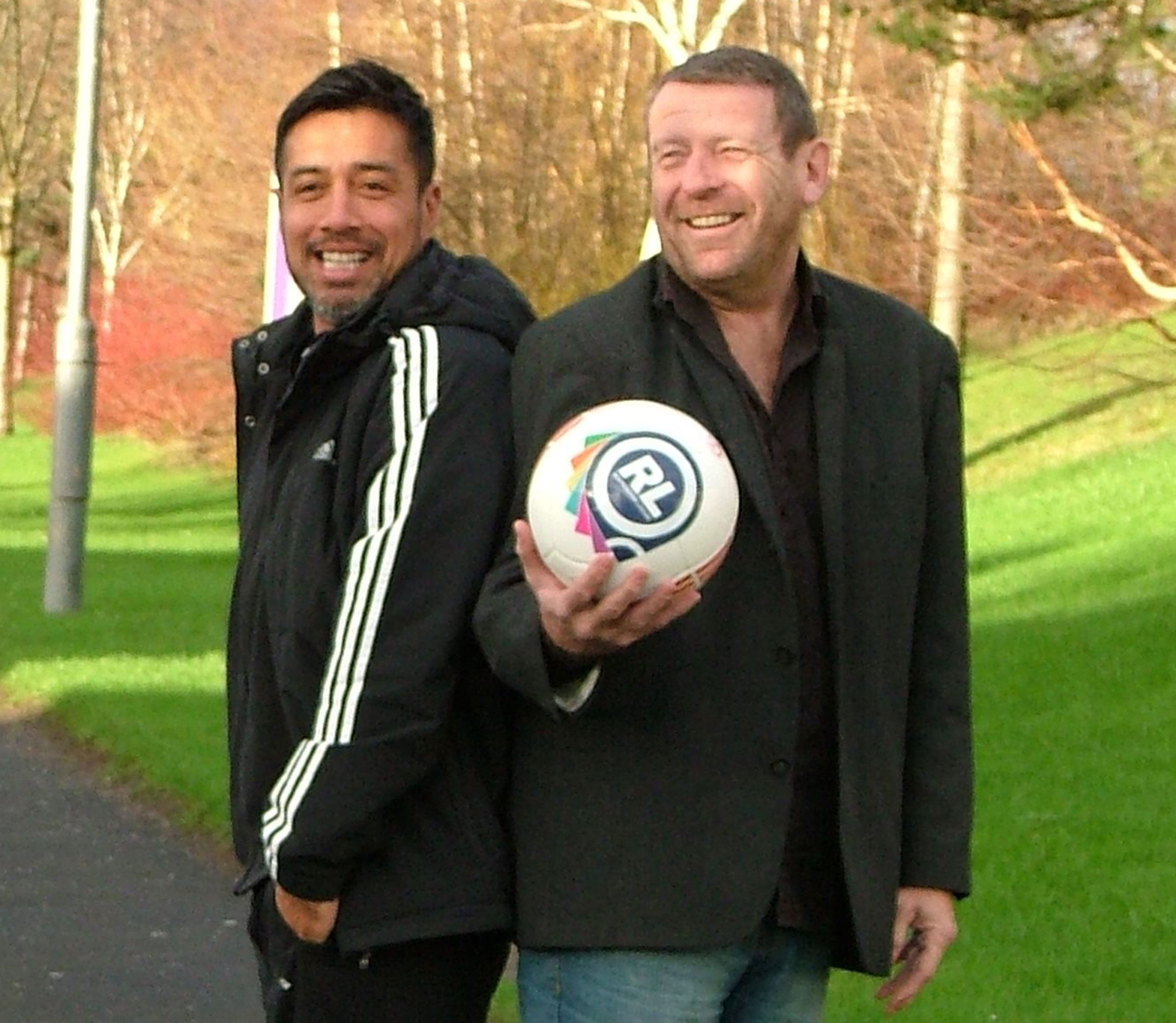 FORMER Old Firm stars Bobby Petta and Andy Goram can’t wait for Celtic and Rangers to clash in the top flight of Scottish football again.
But in the meantime, they’re content to go head-to-head in an Old Firm Legends charity game being held at Ralston Community Sports Centre, in Paisley, on Friday, January 15 at 7.45pm.

The Celtic winger and Goram – known by Rangers fans as The Goalie – met up yesterday and talked tactics for their big encounter, which will also feature former Parkhead favourites, Frank McAvennie and Frank McGarvey along with John ‘Bomber’ Brown and John McDonald for the Ibrox Legends.

Money raised at the game – sponsored by Mario Kerr, director of MMK Water Supplies – is being split between local youth football clubs and the Hope for Autism charity.

Bobby Petta said: “From a financial point of view, Scottish football definitely needs the Old Firm games, so it’s important Rangers get back into the Scottish Premiership as soon as possible.
“And from a players’ and fans’ perspective, the Rangers and Celtic games have been sorely missed. Although some people may disagree with me, I think Scottish football needs the Old Firm.
“You can see how much these games meant to the fans, players and the clubs – the Old Firm games are more than just a local derby.”

Andy Goram added: “Nobody can say that the Scottish Premiership isn’t missing Rangers being there.
“With the financial boost Rangers brings to teams in the league, I reckon Hearts and Hibs wouldn’t have been relegated because they would have had more resources to stay up.
“And I reckon if Rangers get promoted into the Premiership, with just three or four new players they will be a challenge to Celtic, Aberdeen and Hearts next season.”

Joyce McKellar is chief executive of Renfrewshire Leisure, who are hosting the big match on their 4G pitch at Ralston Community Sports Centre, said:
“Bobby and Andy may have been saying how much people have missed the Rangers and Celtic games, but they can have their own Old Firm game on Friday night. And it’s all for a good cause.
“I hope there’s a good turnout of fans for what will undoubtedly be a fun night of football and banter from the football legends.”

5 Tips for Finding the Perfect Home Abroad
Scroll to top