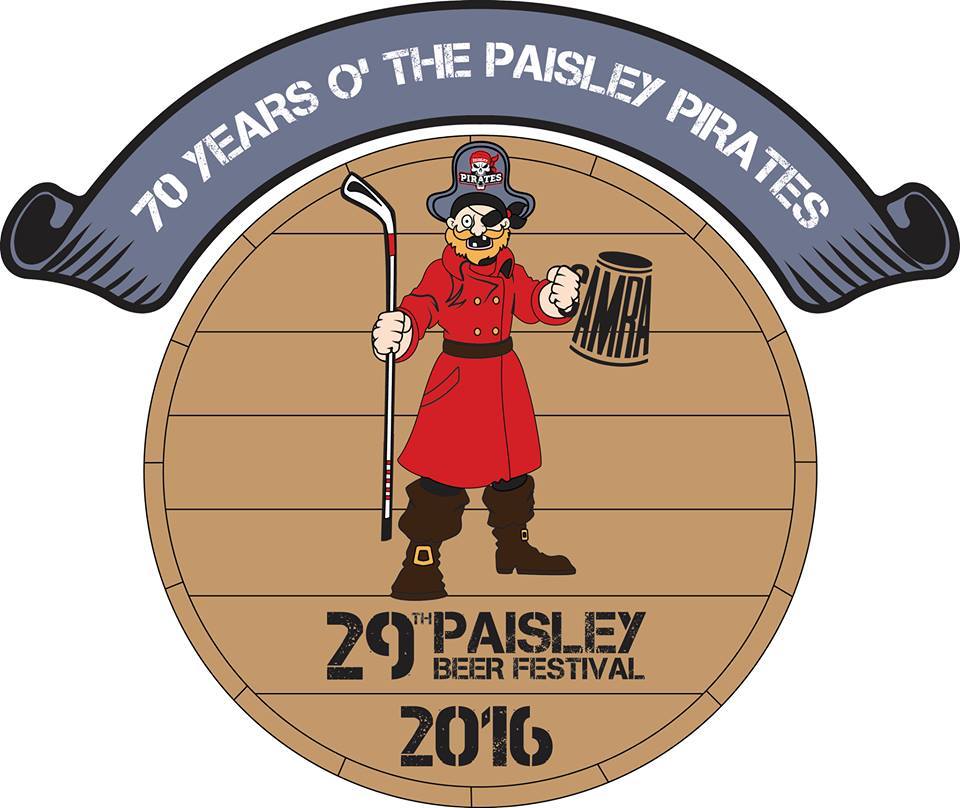 Paisley Pirates have received a massive boost with the news that a well known local organisation will be commemorating the club’s landmark 70th birthday in the Spring. Coach Ian Turley explained:

“Paisley Pirates were formed in 1946, so this year we will be celebrating the formation of the club which, we like to think, is very much part of the local community throughout Renfrewshire in general, and the Paisley area in particular. What we hadn’t banked on was other people knowing about it at this early stage, so we were very much surprised, but absolutely delighted, when the good folk from the local Campaign for Real Ale (CAMRA) approached us recently and asked if we’d mind allowing them to adopt our forthcoming birthday as the theme for this year’s local CAMRA festival, which will be held in Paisley Town Hall from 20-23 April.”

“Mind? We were over the moon,” he went on.” We are, first and foremost, a local community organisation with its roots and branches in the area, and to receive this kind of recognition by another well known, and indeed, well respected, local group is, for us, about as good as it gets. The good folk of CAMRA have designed a Festival logo showing a Pirate wearing a hat depicting our current logo on it, and this will be the brand which will be shown on all the merchandise which will be on sale during the four days of the Festival. Like ourselves, CAMRA recomm end “Responsible Drinking”, which is a perfect fit with our own ethos, and I’m sure Pirates’ fans and, indeed, players, will be able to support the event in sizeable numbers.”

He continued, “CAMRA have the choice of a great many themes every year to adopt for their annual Festival, which this year will be their 29th, so we’re very honoured that they have chosen our birthday as the focal point for this year’s event, as we’re very proud of our place within the local community, and this is something akin to recognition of the fact. We’re looking forward very much to working with the Festival committee to help ensure that this year’s event, which we understand to be the biggest beer festival in Scotland, is another outstanding success.”