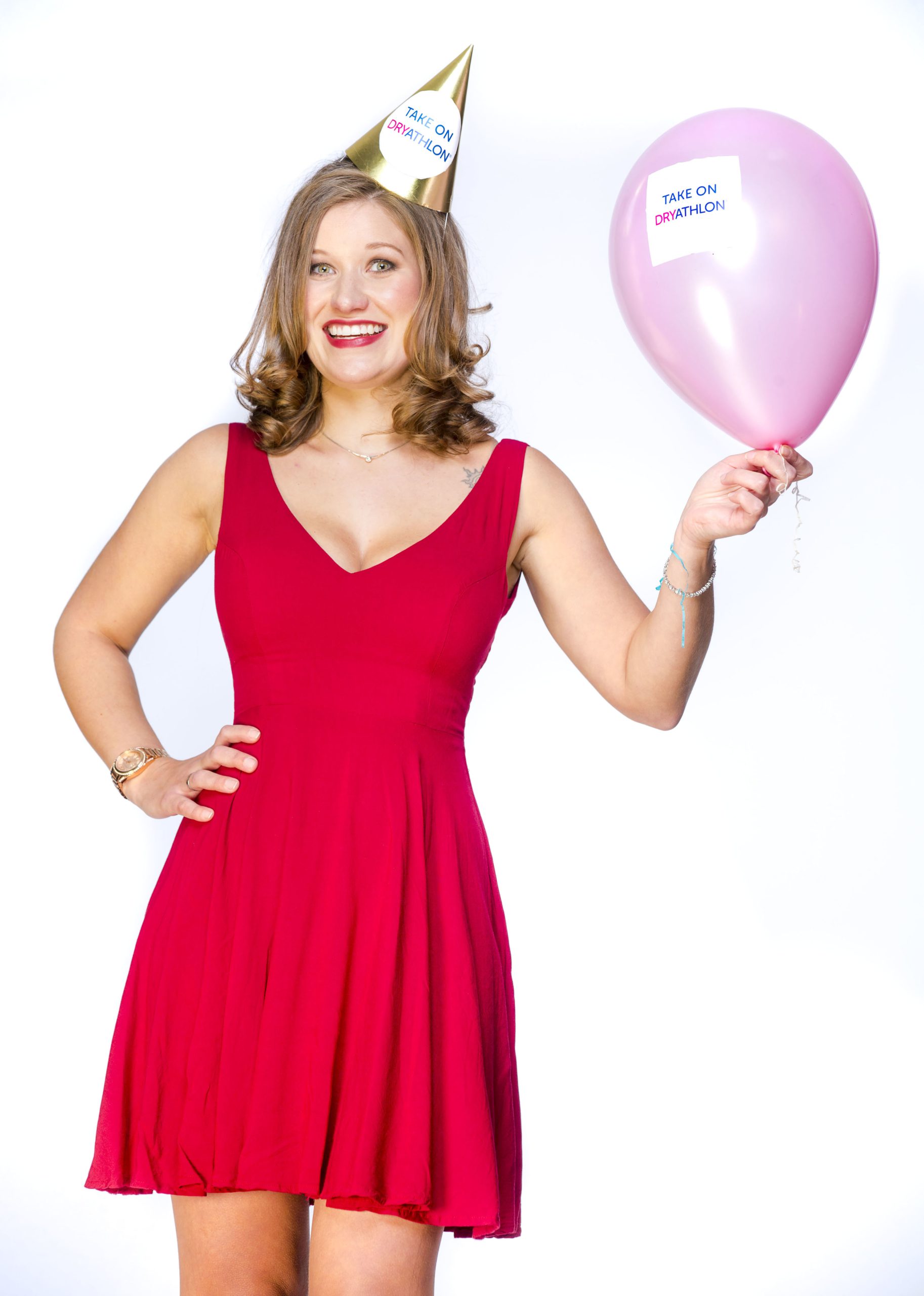 As the countdown to the festive party season starts, a Scots cancer survivor is already planning to put the drinks on ice in January to help raise money for Cancer Research UK.

Laura Battle, from Penicuik, will be taking on Cancer Research UK’s Dryathlon this January to say thank you for the treatment she credits for saving her life after she was diagnosed with cancer.

Laura, aged 30, who works as a medical research scientist, is celebrating three years of being cancer free by raising money for the charity.

Laura had just returned from travelling to exotic destinations in South America and Africa when she became ill and so doctors initially thought she had a tropical disease.

So when tests on a lump in her neck eventually revealed she had Hodgkin’s Lymphoma, a cancer of the lymphatic system, it was a complete shock.

Laura said: “I’ve always been very healthy and active so it didn’t cross my mind that I had cancer. It was a complete shock and it shows it can happen to anyone.”

Laura’s treatment at the Western General Hospital in Edinburgh involved her enrolment in the Cancer Research UK RATHL trial to improve treatment for Hodgkin’s Lymphoma patients.

[/vc_column_text][vc_video link=”https://www.youtube.com/watch?v=j21tYhGiFqw”][vc_single_image image=”28692″ align=”center”][/vc_column][/vc_row][vc_row][vc_column width=”1/1″][vc_column_text]She added: “I wanted to take part in Dryathlon to say thank you to Cancer Research UK because I feel the work the scientists do saved my life. I feel if it wasn’t for the research the charity carries out, I wouldn’t be here today.

“I think Dryathlon will be hard as my birthday is in January but I have got a lot of my friends involved so hopefully, with their support and if we are all sober together, it will still be a very happy birthday.

“I think it is important to set yourself goals and challenges but the most important part is raising money for what is an amazing charity.”

Almost 4,000 people took on the Dryathlon 2015 challenge, raising a fantastic £605,000 to help beat 200 types of cancer. Cancer Research UK hopes that even more people across Scotland will join Laura and pledge to give up alcohol in January 2016.

‘Dryathletes’ pledge to stay dry for a month and either get sponsored or donate the money they would have spent on alcohol to Cancer Research UK.

Supporters can register to take part in Dryathlon as individuals or set up a team and get their friends, colleagues or relatives involved to motivate each other along the way.

And for those who think the one month challenge sounds a bit too daunting, there’s the ‘tipple tax’ – if a Dryathlete falls off the wagon they can donate a £20 penalty to Cancer Research UK.

Linda Summerhayes, Cancer Research UK spokesperson in Scotland, said: “We are thrilled that that Laura is saying ‘cheers’ to the challenge and taking part in Dryathlon in January . We hope that she will inspire others across Scotland to sign up.

“Despite what people might think – going dry doesn’t need to be dull. We’re challenging people to embrace a month with one less sin by giving up the sauce, not their social life. There are still plenty of fun ways to enjoy 31 hangover-free days.”

Every day, around 83 people are diagnosed with cancer Scotland.* Dryathlon aims to raise money to accelerate groundbreaking research to help more people survive and ensure more families stay together.

Linda added: “It may be the height of the party season, but we’re urging people to sign up now so they’re ready and raring to go on January 1.

“So that’s why I’m calling on men and women across Scotland to put down their pints, wave goodbye to their wine and take on Dryathlon for one month to help bring forward the day when all cancers are cured.”

One in two people in the UK will be diagnosed with cancer at some stage in their lives, but the good news is more people are surviving the disease now than ever before. Survival has doubled since the early 1970s.

Since it launched in 2013, over 170,000 people have taken part in Dryathlon across the UK and helped raise a fantastic £17 million to help beat cancer sooner.

To sign up now and take on Dryathlon in January, visit www.dryathlon.org[/vc_column_text][/vc_column][/vc_row]