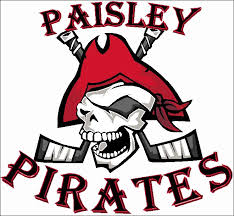 Pirates overcame the significantly extended drive to Fife resulting from the Forth Road Bridge closure, the further difficulties caused by the hazardous driving conditions as a result of Storm Desmond on Saturday, and, finally the Kirkcaldy Kestrels, to progress to the semi final stage of the Scottish Cup after a stunning 4-1 win in Fife on Sunday night. In a tight opening period, both goalkeepers were called into action regularly, but it wasn’t until the 18th minute that Pirates took the lead on the powerplay as Miller linked with Orr for the former to beat Little and put the visitors ahead. They looked like going to the dressing room still with their noses in front, but with only four seconds of the period remaining, the scores were tied as Cassidy netted to send the teams into the break with the scores level at 1-1.

Any thoughts the home side had of consolidating on their late equaliser in the first session were dispelled immediately on the resumption of play, as the Pirates’ double act of Orr and Miller repeated their goal scoring efforts of the first period, the latter netting with only 13 seconds showing on the clock, and while Kirkcaldy pushed for an equaliser, they found Graeme Meechan in outstanding form for the visitors, turning away no fewer than 16 shots in the middle period to give his side a valuable 2-1 advantage going into the third, and critical, final session.

Pirates were holding the Kestrels quite comfortably in the final twenty minutes, even managing to play off several penalties, and following the resumption of five on five they were themselves on the powerplay after 51 minutes, and with Thorp and Campbell combining to give Cowan the chance to score, they were 3-1 ahead at a critical point of the game. It got even better three minutes later as Campbell himself netted to make it four, and give the visitors a cushion with which they happily played out the remaining minutes, safe in the knowledge that a semi final tie against either Aberdeen or Kilmarnock awaits them, with Edinburgh going in against Dundee Tigers in the other tie.

Glasgow News? Daily Updates part of our network
Christmas preparations and festivities this year with CalmPoint