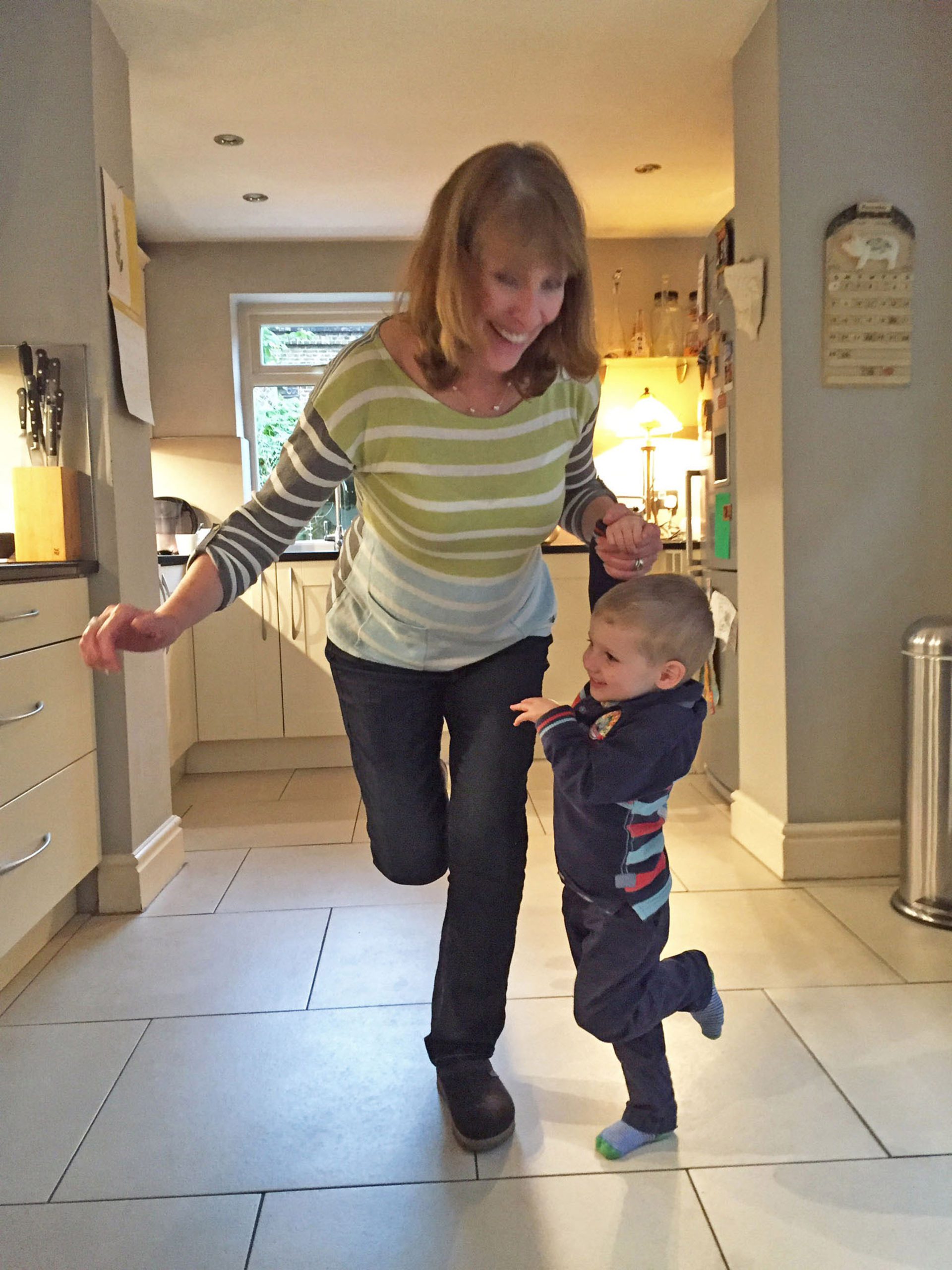 DOWNTON Abbey star Phyllis Logan, who grew up in Johnstone, has been filmed balancing on one leg for a Scots charity.

The 59-year-old took part in the One-Legged Wobble Challenge, which depending on how long you can balance on one leg, could be an early warning of health issues later in life.
Launched by Roar – Connections For Life, the charity is urging everyone to take the challenge of standing on one leg with their eyes open for 30 seconds, or ten seconds with their eyes closed.

People are being asked to film themselves doing the One-Legged Wobble Challenge, post the video clip on social media using the #wobblechallenge and urge friends and family to do likewise.
Actress Phyllis, who plays stern housekeeper, Mrs Hughes in the popular Downton Abbey TV show agreed to take – and successfully completed – the challenge along with her three-year-old great nephew, Findlay in the kitchen of her London home.

She filmed Findlay and herself standing on one leg and sent it to the Renfrewshire-based charity to help them with their awareness campaign.

Phyllis said: “I know many an elderly person whose lives have become diminished after having had a fall and anything that can be done to avoid this situation is to be welcomed.

“When Findlay was asked if he wanted to stand on one leg with me for a bit, he wasn’t that keen.

“But his mum persuaded him by saying it was to help his great granddad, who at the age of 93, had a fall last year and broke a hip. Thankfully, he has now mended.

“After that, Findlay was utterly convinced by this approach and happily stepped up to the plate.”

The Roar – Connections for Life charity provides preventative health and wellbeing services for older people and encourages them to become more involved in community activities.
From their headquarters in Paisley, the charity’s general manager Nicola Hanssen said: “Phyllis has appeared in many films and television programmes, but I doubt she has ever been asked to hop on one leg for a scene!

“It was very good of her to film herself and Findlay taking the Challenge.”

Nicola added: “Medical research has shown that people’s ability to balance on one leg could provide an early warning of later health problems.

“And that perhaps some lifestyle changes are needed to make sure these issues don’t become a reality.

“We’ve had lots of people take part in the One-Legged Wobble Challenge who have posted a video of them taking part on Facebook and Twitter.

“It’s a bit of fun but also encourages people to be more aware of their health ands take steps to prevent issues later in life.”

Log on to www.roarforlife.org/positivesteps for more information about the One-Legged Wobble challenge.