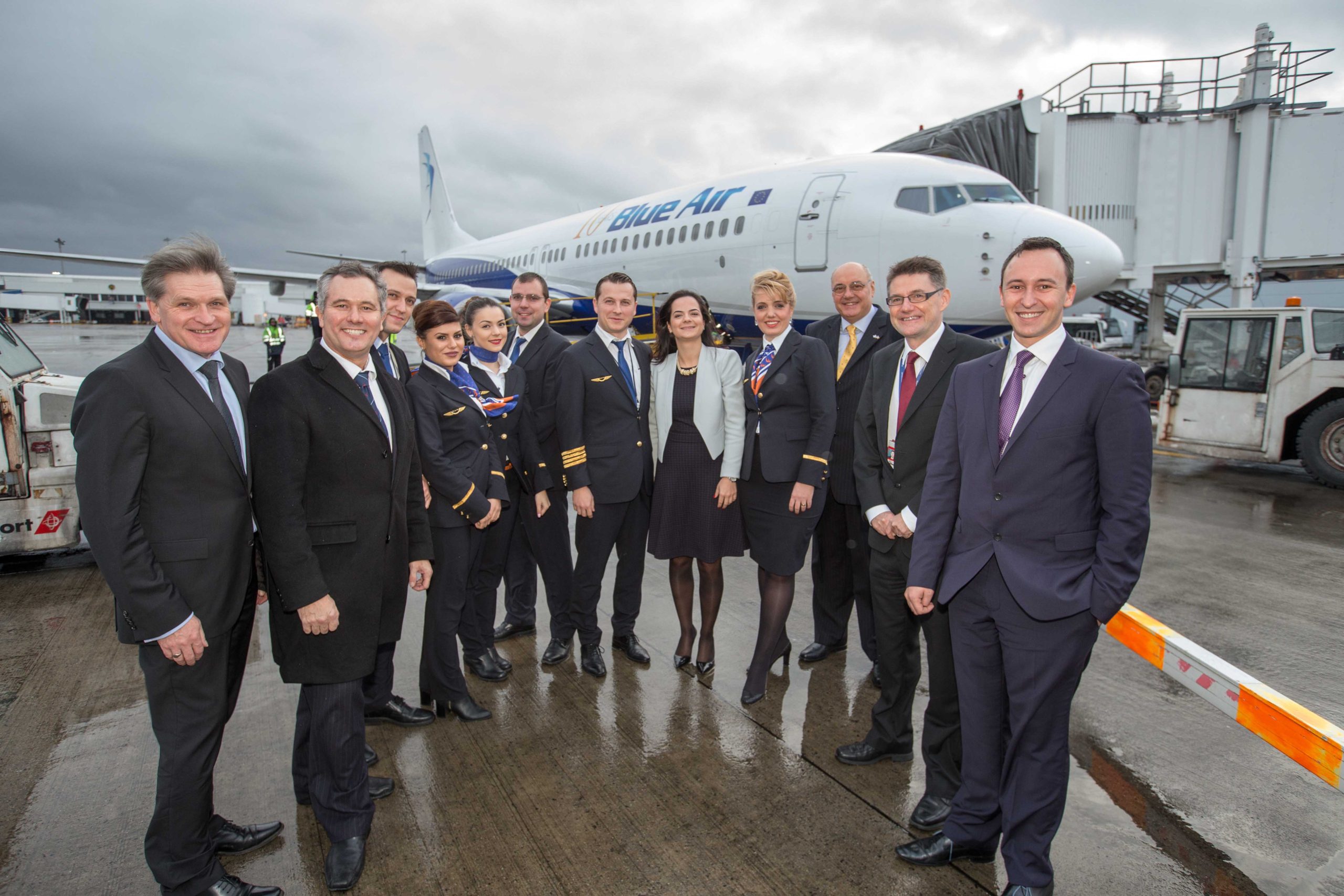 Today (Thursday 17 December) Blue Air, the first smart flying company with over 65 routes in Europe, operated the first flight from Glasgow to Bucharest. The new route will be available every Thursday and Sunday.

Tickets are already on sale, with prices from £24.99* (*one-way, taxes included, subject to availability) on www.blueairweb.com, through the Call Centre or via over 3000 partner agencies.

Paul White, Business Development Manager at Glasgow Airport said: “This new Bucharest service from Blue Air is sure to be popular with both our business and leisure customers.  As well as offering a key transport link to one of Eastern Europe’s central cities, this twice weekly service will also be a great link for ex-pats and those seeking a historical and cultured city break. We are looking forward to working with our new airline partner Blue Air to ensure the success of this service at Glasgow Airport.”

Tudor Constantinescu, Blue Air Chief Commercial Officer said: “This new route is aimed primarily at holiday-makers, considering the vast touristic potential of both Romania and Scotland. It will also be incredibly popular with the Romanian community in Glasgow and the surrounding areas.

“Blue Air has also distinguished itself this year by completing two major projects – achieving the IOSA certification and signing a partnership with Amadeus and Sabre. Blue Air currently operates 15 aircraft, and by the end of March 2016 it will reach a total of 20 Boeing 737 aircrafts.

“At present, Blue Air has three operational bases in Romania and two overseas bases in Italy and Cyprus – by next summer, we will fly to 66 routes within Europe”.