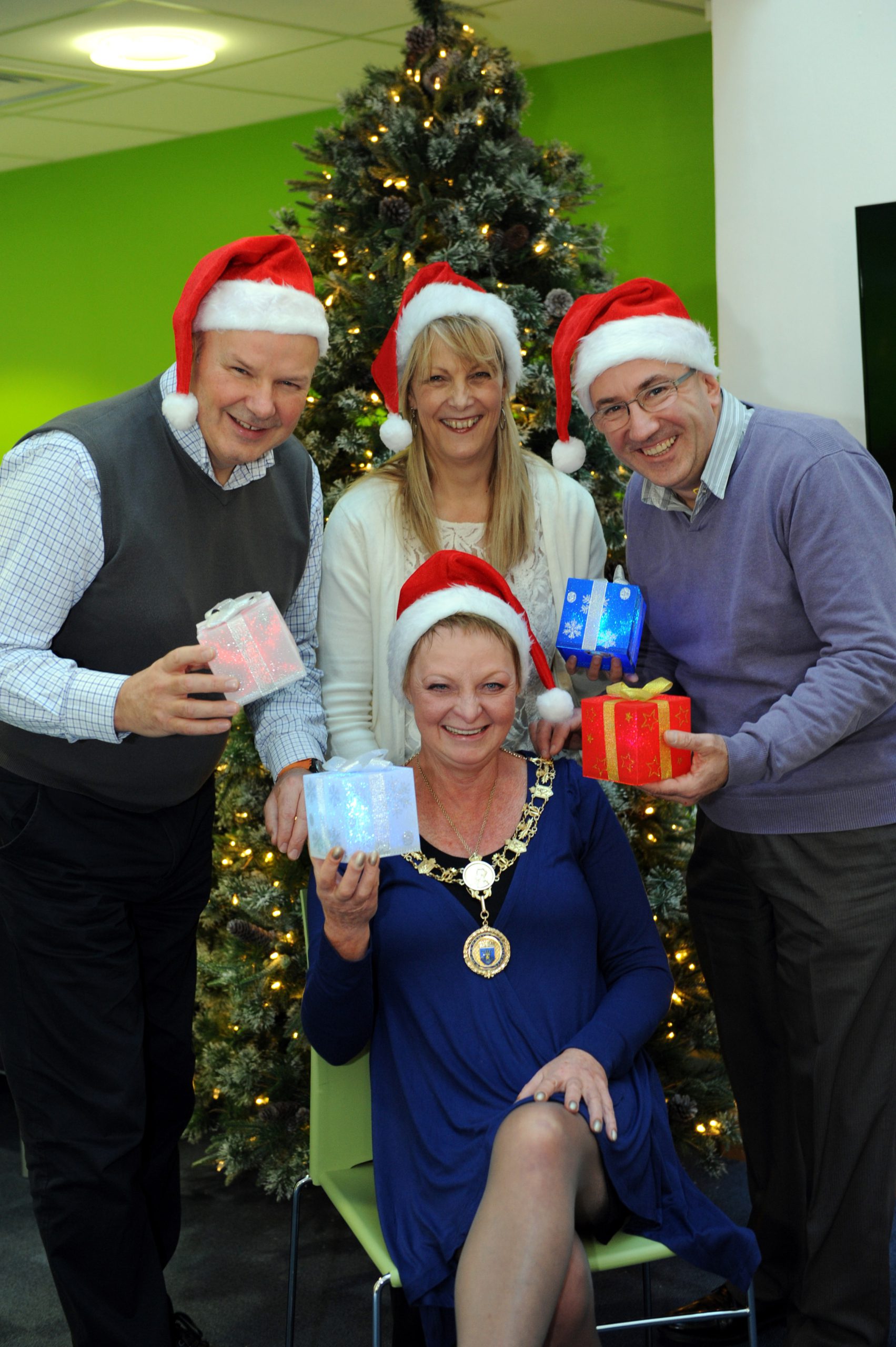 Over £11,000 has been raised through the charity scheme this year with almost £6,000 alone raised by a team of charity daredevils who took part in the Provost’s skydive stunt during the summer.

Other charity fundraising activities include two working challenges in Kwik Fit Paisley and Renfrewshire Chamber of Commerce, the Provost’s raffle, two large donations from Donna Haveron of the Slug in a Bottle Market and raffle winner Fraser Carlin, and tickets to Kevin Bridges donated by Lambert Contracts, which raised over £5,000 in total.

The money will be shared equally amongst the Provost’s four chosen charities – Renfrewshire Carers’ Centre, RAMH (Recovery Across Mental Health) and two hospices – Accord and St Vincent’s. 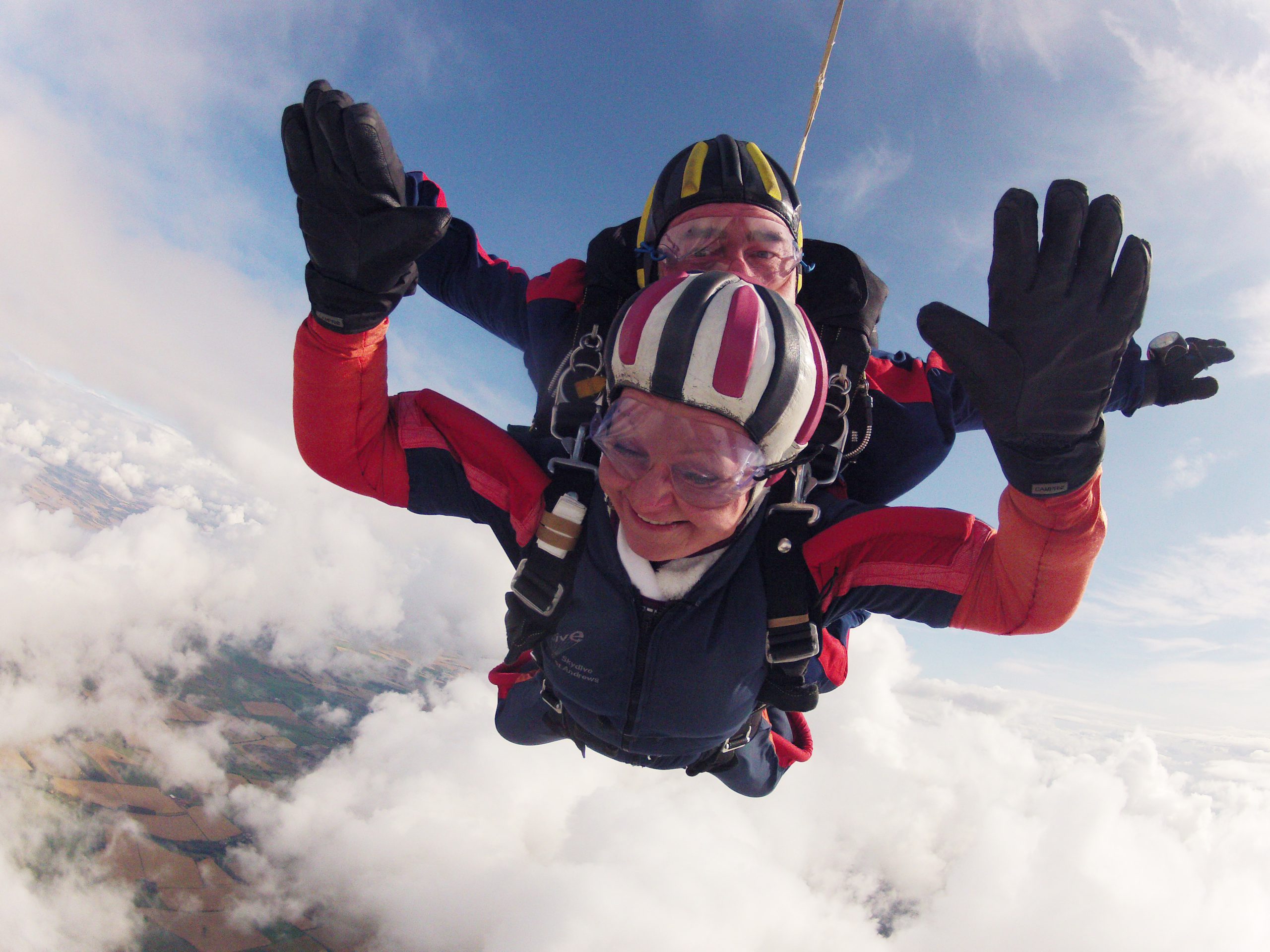 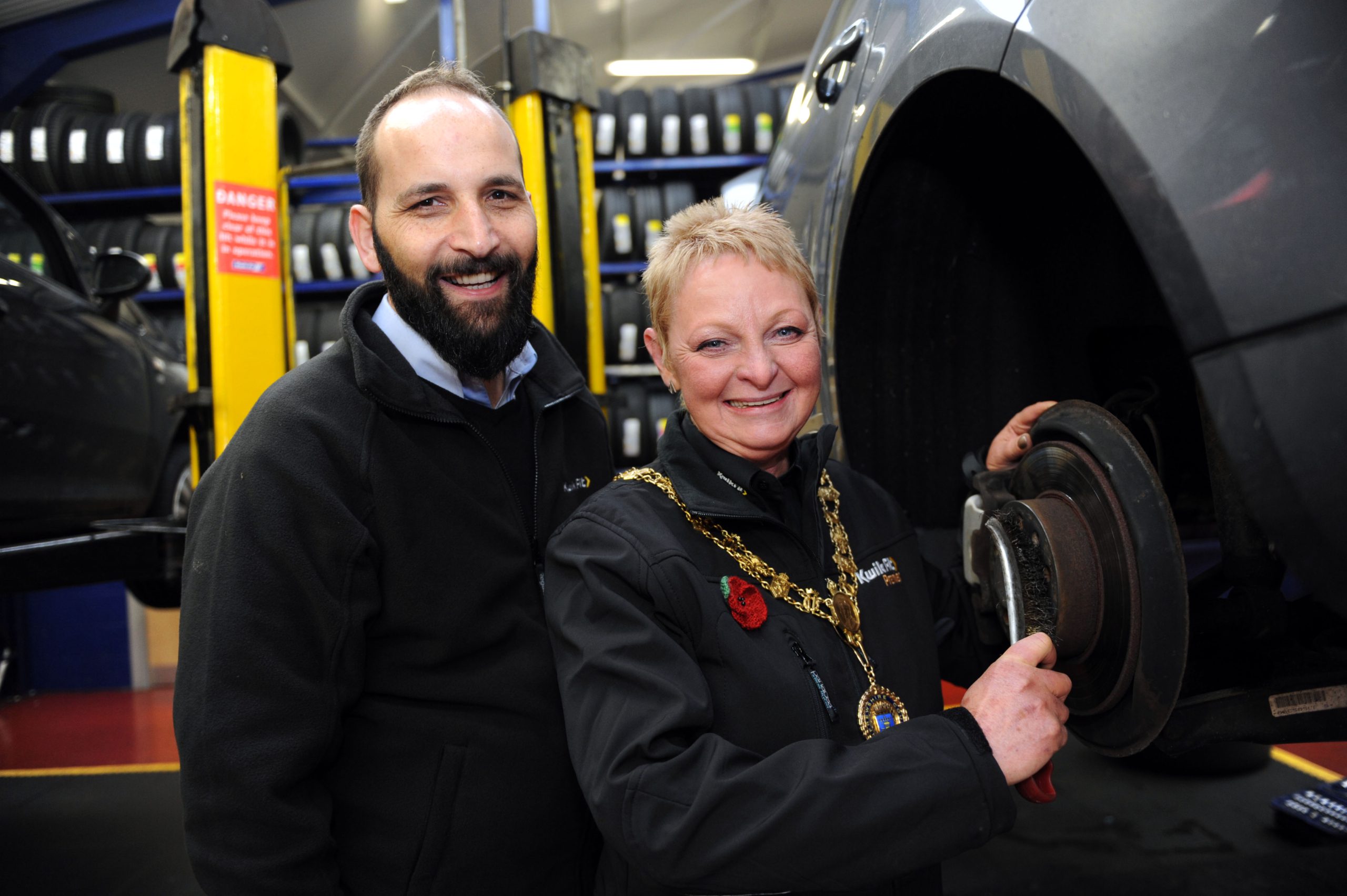 Provost Hall said: “I am delighted at the total I have managed to raise so far and extremely grateful to the people and workplaces of Renfrewshire for their generosity.

“My four chosen charities complete incredible work in Renfrewshire and the money raised helps to make a real difference within our communities.

“Passing £25,000 raised is terrific and I am determined to raise as much as possible during my term as Provost. After this year’s skydive I am already thinking of my next big challenge to take on.” 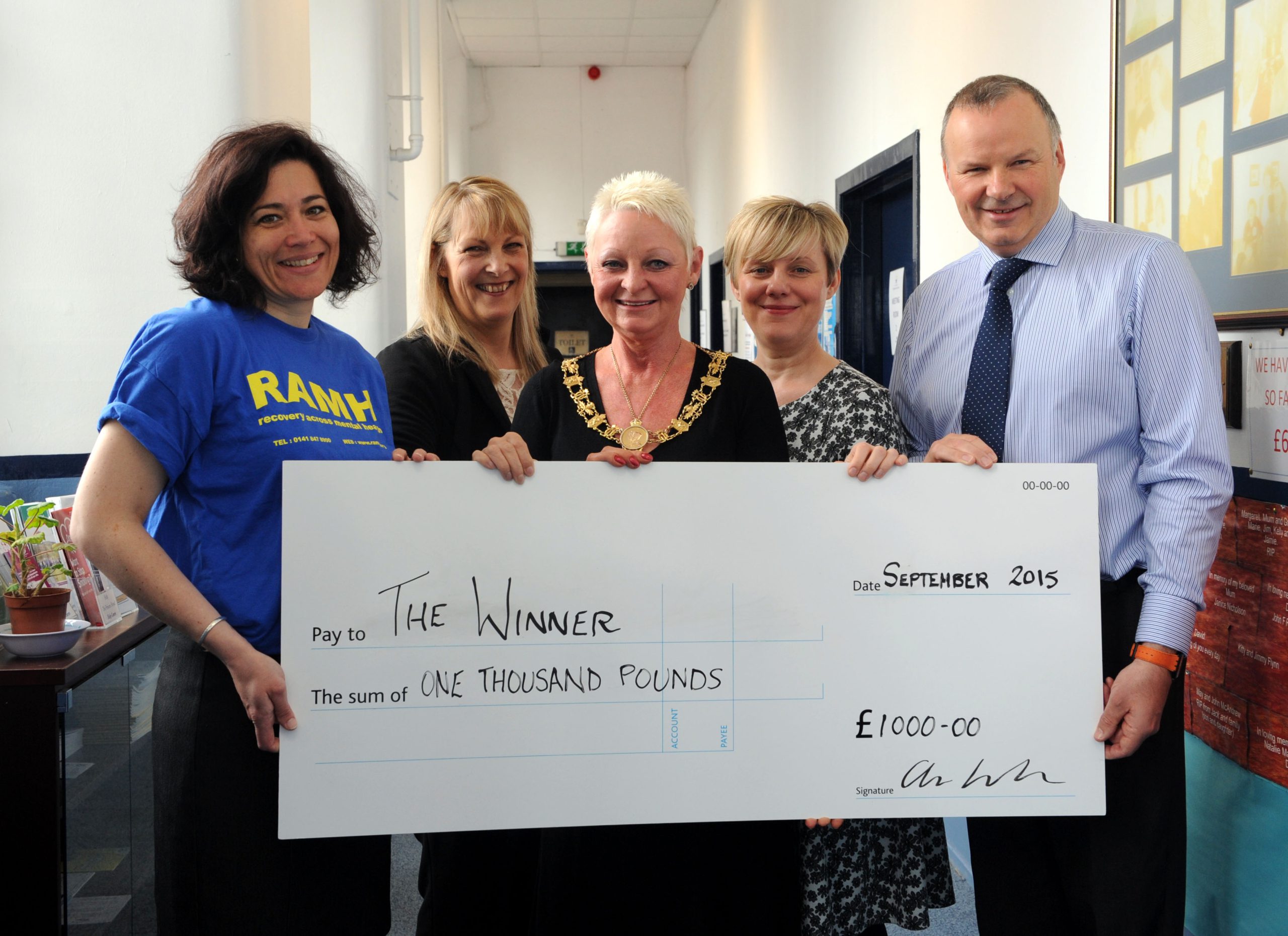 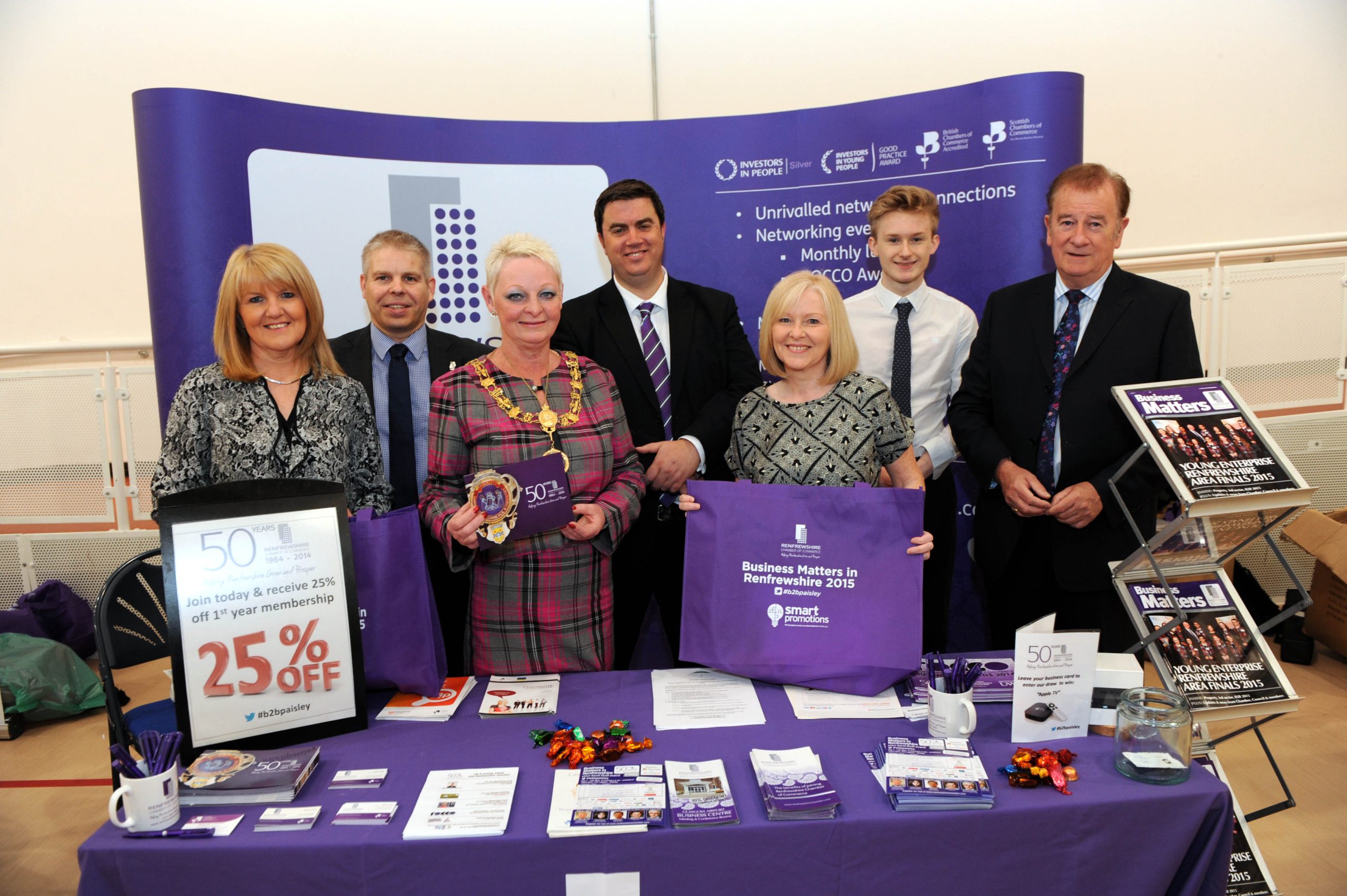 Renfrewshire Carers’ Centre Manager, Diane Goodman, said: “This is a fantastic achievement by the Provost and will greatly benefit carers in Renfrewshire. We are extremely thankful for her continued fundraising which allows us to support carers in their role and provide them with opportunities to have a life outside of caring through a range of high quality services”

Stephen McClellan, Chief Executive of RAMH, said: “We are deeply grateful to Provost Hall for including RAMH as one of her chosen Charities. Not only will all the money she has generated help us to deliver our services, but she has raised the profile of mental illness through her commitment and dedication. We’re not sure what challenges she has up her sleeve next, but we are looking forward to finding out!’’

Kenneth Mathie, Fundraising Manager at Accord Hospice, said: “‘We at ACCORD are absolutely thrilled to be one of the beneficiaries of the Provost’s on-going charity work, and to have the opportunity of working with three other worthy local causes. We would also like to thank everyone who continues to support this project as their support really makes a difference to our patients and their families.’

Kate Lennon, Chief Executive of St Vincent’s Hospice said, “The Provost has become an invaluable source of support for St Vincent’s Hospice. Not only has she made this wonderful contribution to our funds but she is also very generous in offering her personal support and encouragement for so many of our own fundraising and other activities. Provost Hall’s determination to help local charities like ours is truly remarkable. We send her our congratulations on her fantastic fundraising achievement – and our sincere thanks.”