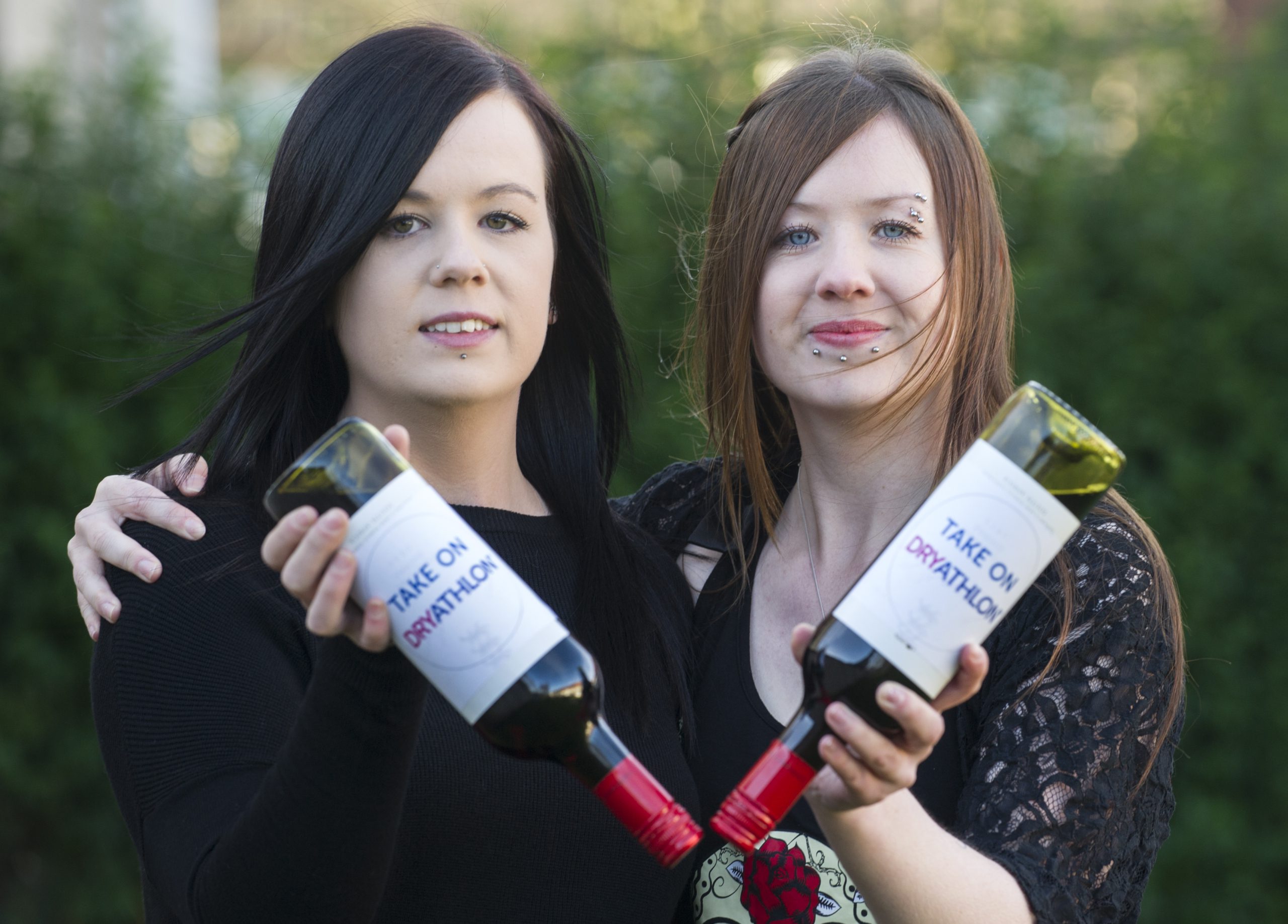 [vc_row][vc_column][vc_column_text]A SCOTS woman can at last share a hug with the sister who was there for her every step of the way through cancer.

Gemma Cassells was forced to keep at least one metre away from all family and friends on Christmas Day last year after becoming radioactive due to treatment for thyroid cancer. The cancer killing tablet which Gemma was given made her sweat and urine radioactive during what she describes as the loneliest Christmas ever. Everything 23-year-old Gemma touched was left so toxic it had to be thrown away and not even her big sister Stephanie,26, was allowed close to comfort her. But what a difference a year makes.

Now Gemma of Kirkcaldy, Fife is clear of the disease and has been chosen to help launch Dryathlon across Scotland. She’s urging Scots to ‘put the drinks on ice’ in January to help raise money for Cancer Research UK. Dryathlon is Cancer Research UK’s popular fundraising campaign which invites social drinkers to take a month-long break from alcohol. Every hour, around three people are diagnosed with cancer in Scotland.* And Gemma knows exactly how vital the power of research is towards helping to save lives.

Gemma said: “Hopefully one day everyone who has had cancer will be able to say that they’re survivors.

[/vc_column_text][vc_single_image image=”28716″ align=”center”][vc_video link=”http://youtu.be/C_hKoVN8T7w”][vc_column_text]“I got no kisses or cuddles from anyone last Christmas. It was really hard and I felt lonely. No one could even put an arm around me, give me a hug and say that everything was going to be okay. It was horrible. It can feel lonely having cancer anyway so this just made it worse. I felt like the only person in the world going through it.”

Gemma was diagnosed with thyroid cancer in August 2014 after she discovered a lump the size of a golf ball in her neck. Doctors revealed the 4cm growth was cancerous after an operation to remove it. Her boyfriend, David Forbes, 32, was with her when she got the news.

Gemma said: “As soon as the doctor said the word cancer my mind just went blank.

“I didn’t know what to say. The difficult part was leaving the hospital and texting my mum and sister to let them know I had cancer. That was one of the hardest things I’ve ever had to do, in a way even harder than being told I had cancer. I cried.

“My sister and I have always been close and she’s been my rock through it all. She was there for me from day one, coming to all the hospital appointments and always being there when I needed her.”

In September, Gemma endured a second operation to remove the other half of her thyroid to help prevent the cancer from returning. The thyroid gland sets the rate at which the body produces energy so having it removed meant Gemma would have to be prescribed daily drugs to regulate it artificially.

On December 11 last year Gemma was admitted to the Western General Hospital in Edinburgh where she was given radioactive iodine treatment, a form of internal radiotherapy. Thyroid cancer cells pick up the iodine wherever they are in the body. The radiation in the iodine then kills the cancer cells. The radioactive iodine is a targeted treatment which means it doesn’t affect other cells in the body, as only thyroid cells take it up.

Gemma said: “I was in isolation in a special room with signs on the walls saying radioactive.

“A man came in with a test tube with a gold tablet in it. No one was allowed to touch the tablet as it was radioactive. I had to swallow the tablet straight away and couldn’t let it touch the sides of my mouth. No one was allowed in to the room and I wasn’t allowed out. Everything in the room including the toilet and even the tv remote control was covered in plastic and I had to drink lots of water to flush the radioactivity out of my body. All of the clothes I was wearing had to be destroyed.”

The next day doctors allowed Gemma to return home but with the strict instructions not to touch anyone. The side effects of the radioactive pill even put Gemma at risk of setting off security alarms in shops and airports for three months. 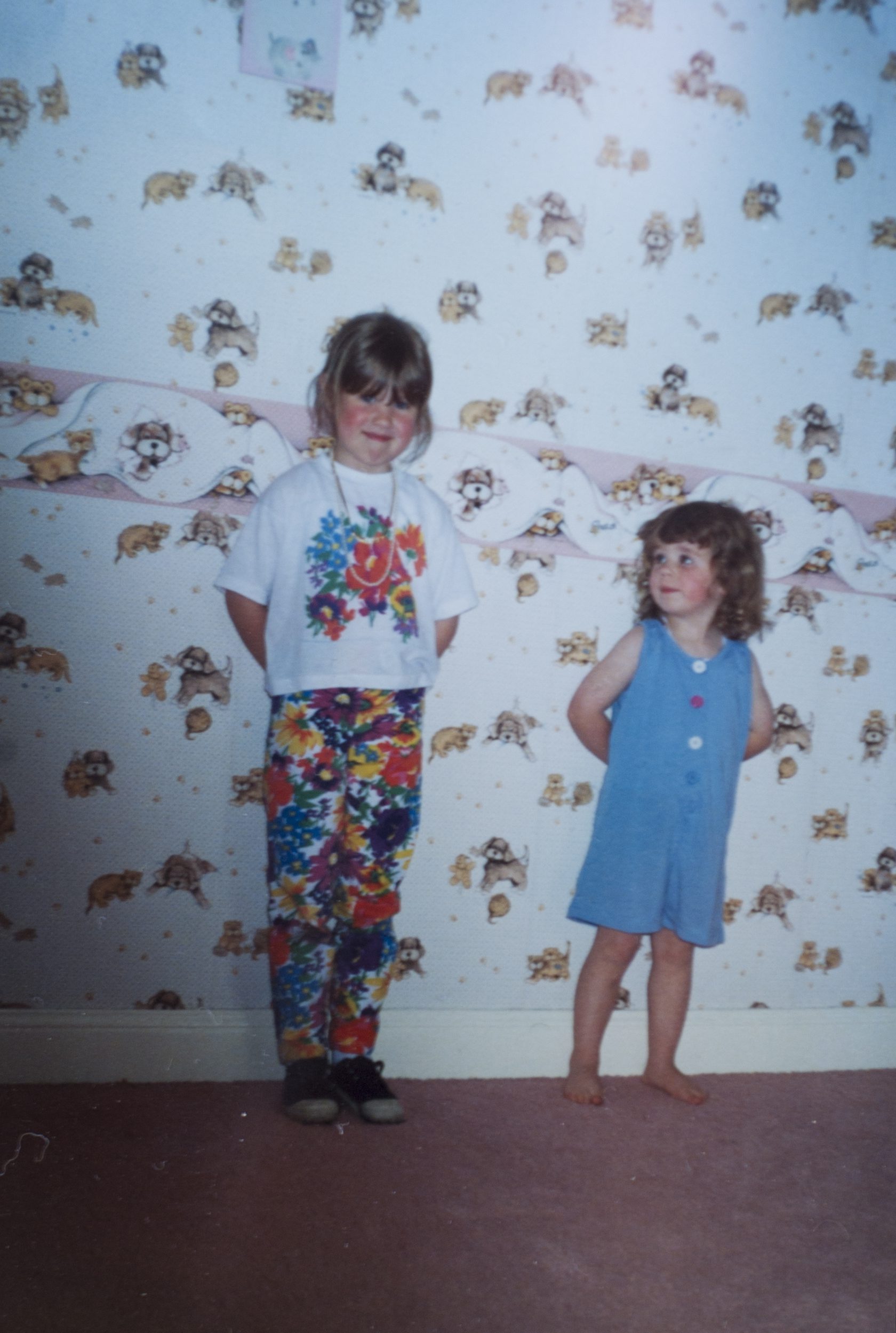 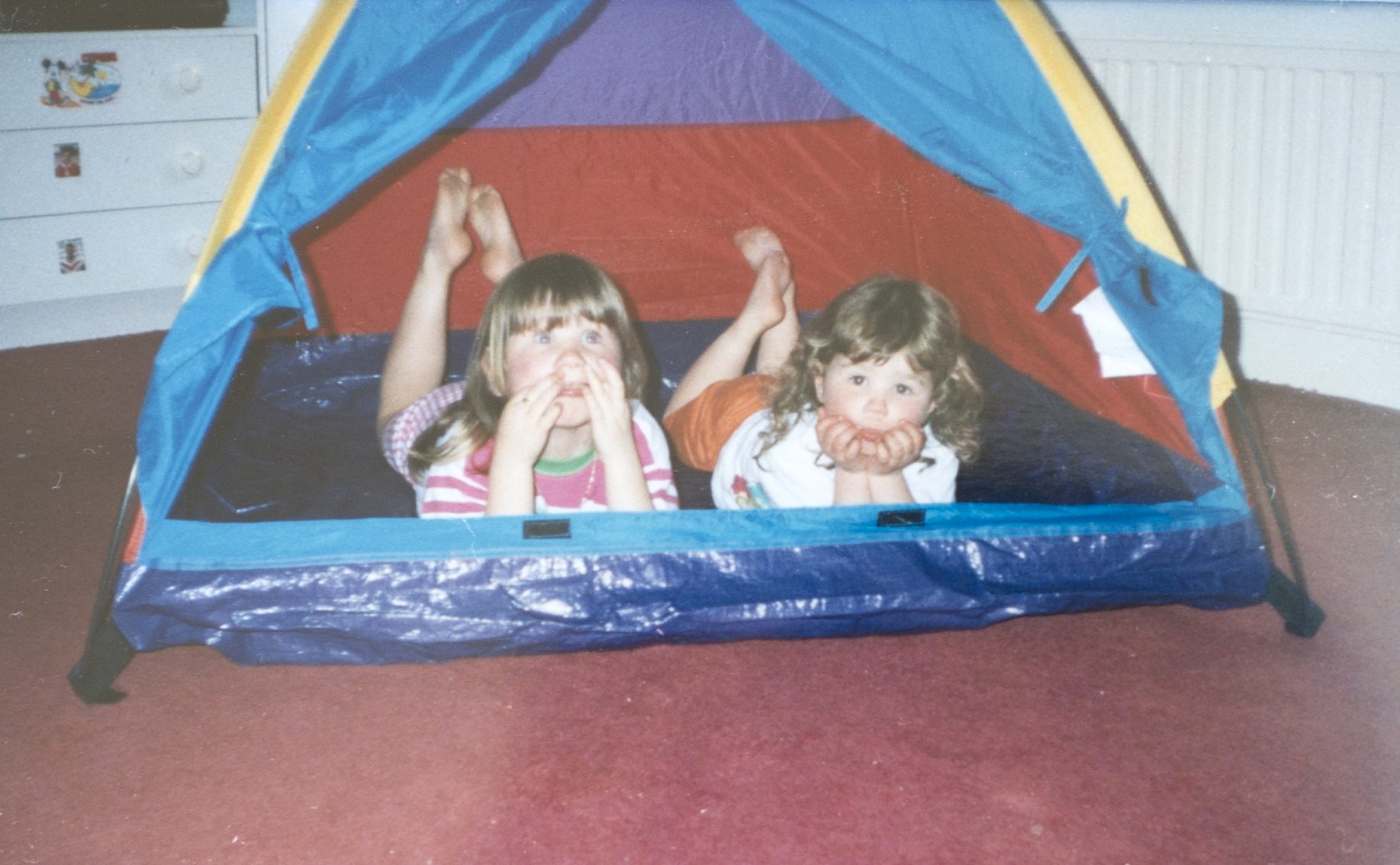 Gemma said: “I had to carry around a medical certificate to show the security guards when I set off the alarms in Asda.

“But the worst part was the first two weeks when I was in isolation in the house. I couldn’t touch anyone as they might have ended up radioactive.”

But it was worth it when in January a full body scan revealed the treatment had worked. In September Gemma and her sister Stephanie got tattoos on their left arms. Gemma’s tattoo says, “survivor” while Stephanie’s simply says, “believe.”  Both sisters know that this Christmas will be very different as Gemma can share all the celebrations she missed out in last year. And they’re proud to back Dryathlon.

An impressive 6,068 people from across Scotland took on the Dryathlon 2015 challenge, raising a fantastic £605,159 for life-saving research. The charity is hoping that even more Scots will embrace the campaign in January 2016. Supporters can register to take part in Dryathlon as individuals or set up a team and get their friends, colleagues or relatives involved to motivate each other along the way.  And for those who find the one month challenge a bit daunting, there’s the ‘tipple tax’ which allows Dryathletes to donate a £20 penalty for each time they fall off the wagon.

“Despite what people might think – going dry doesn’t need to be dull. We’re challenging people to embrace a month with one less sin by giving up the sauce, not their social life. There are still plenty of fun ways to enjoy 31 hangover-free days. It may be the height of the party season, but we’re urging people to sign up now so they’re ready and raring to go on January 1. So that’s why I’m calling on men and women across Scotland to put down their pints, wave goodbye to their wine and take on Dryathlon for one month to help bring forward the day when all cancers are cured.”

One in two people in the UK will be diagnosed with cancer at some stage in their lives, but the good news is more people are surviving the disease now than ever before. Survival has doubled since the early 1970s. Since it launched in 2013, over 170,000 people have taken part in Dryathlon across the UK and helped raise a fantastic £17 million to help beat cancer sooner.

To sign up now and take on Dryathlon in January, visit www.dryathlon.org[/vc_column_text][/vc_column][/vc_row]