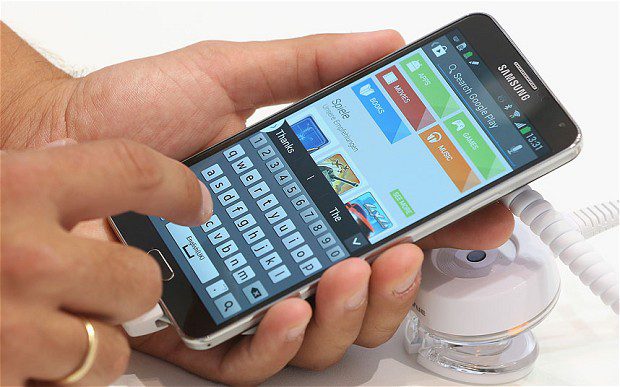 A revolution is on its way as phone networks agree to make some much needed changes to the amount they charge for using your phone while abroad – because you definitely don’t want to come home to a £100 bill when all you’ve done is browse Twitter in the morning and updated the odd cheeky holiday sunset snap – this guy must use up a ton of data uploading to Instagram.

The changes to data roaming charges will affect the consumer in numerous ways but it will also affect businesses who rely on these people to purchase their phones and contracts. The iPhone will be more than likely the most affected out of all mobile companies, as it is notorious for high data charges that can result in costly bills even if you haven’t left the UK. This is mainly due to the latest iOS 9 update, which utilises 4G networks more often and therefore requires more data from your plan. The scrapping of data roaming charges across Europe will eventually mean that iPhone (and Android) users can use their data freely abroad from June 2017, encouraging more people to opt for an Apple phone when they might have been reluctant to before if they spent a lot of time abroad, whether for leisure or business.

Until then the EU roaming charges have been capped to €0.05 extra per minute for calls, €0.02 extra per SMS sent and €0.05 extra per MB of data used. These reduced charges alone will make roaming 75% cheaper for those heading to other parts of Europe.

The scrapping of data roaming charges is great news because the last thing you need is a hefty bill, after returning from an expensive holiday (where you possibly had so much fun you might have to pay out to repair your iPhone at Lovefone anyway.)

However, network provider Three is already ahead of the game, working with networks across the world to create Feel at Home countries that don’t incur any extra charges when a Three user visits them. They already have a few of the main holiday and business destinations ticked off, including Spain, the USA, Australia and China.

Of course, critics of the changes believe that the ban will create a loss in revenue for network providers and an increase in prices, but considering iPhones are the most popular choice of phone for many people and usually incur a hefty monthly price plan, networks shouldn’t lose as much money as critics are suggesting.

It’s important to bear in mind thought that countries outside the EU will continue to charge excessive amounts for using your phone and data while abroad. Plan ahead when visiting say America or Australia and plan to use Wi-Fi if you must connect to the Internet, most hotels offer it in the price now!

So, in conclusion, iPhone sales could enjoy a slight boost due to those who travel often returning to the brand because they know they won’t have to contend with huge bills, no matter how much data they get through. However, this change in sales won’t occur until the full change comes in, in 2017, so sales for Apple throughout 2016 for their phones should remain around the same.

We still have a while before these changes are brought in though, so for now when you head abroad either pay for an additional extra data roaming package on your plan, or turn your mobile data off before the plane takes off to avoid any charges that might occur as soon as you land and connect to that network abroad. Roll on June 2017!

Glasgow News? Daily Updates part of our network
PAISLEY’S CHARLENE IN THE RUNNING FOR PLACE IN THE SUN