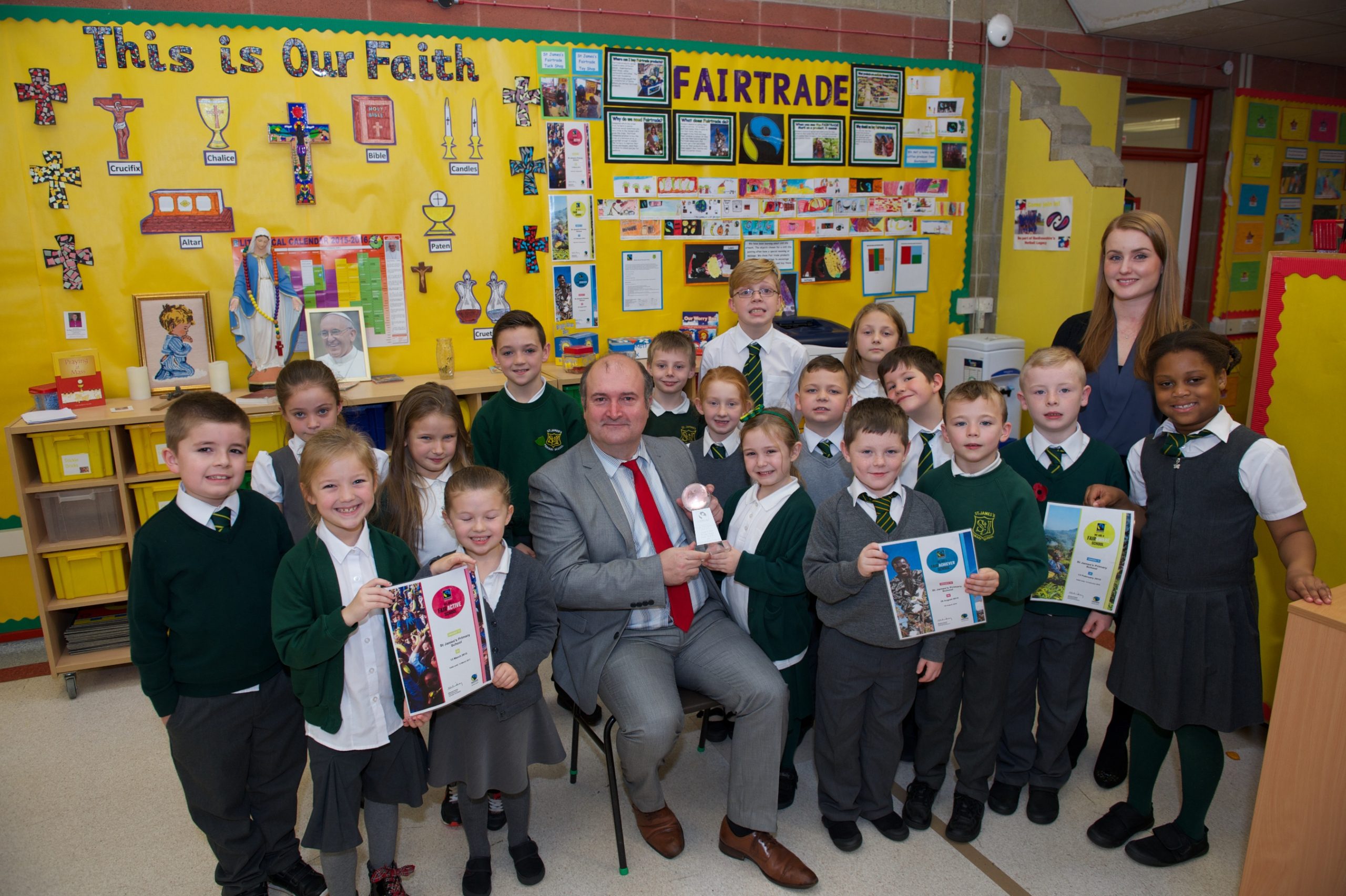 The John McDowell Trophy is awarded to the primary school which has shown the greatest commitment to fair trade across the year.

Former Provost John McDowell donated the award having been heavily involved with the cause during his time in office and continues to support the cause today especially within schools.

Awarding the trophy on John’s behalf, Councillor Jim Sharkey, Chair of the Renfrewshire Fairtrade Steering Group, was impressed by the dedication that the school had shown throughout the year and the activities which they had completed to raise awareness.

St James’ managed to achieve all three of the Fairtrade Foundation’s awards for schools in 2015; receiving the FairAware, FairActive and FairAchiever awards. They also created a whole school policy which sets out the school’s aims and incorporates fair trade into decision making within the school. This alongside numerous other activities ensured they took home the trophy.

Councillor Sharkey said: “It was a tough decision but St James’ have completed some incredible work this year and just pipped a number of other schools to win.

“Achieving three awards from the Foundation in one calendar year is tremendous and well deserved for the dedication they have shown to making fair trade a part of everyday school life.

“Fair trade allows pupils to learn about global issues and why we have a responsibility to help wherever we possibly can. 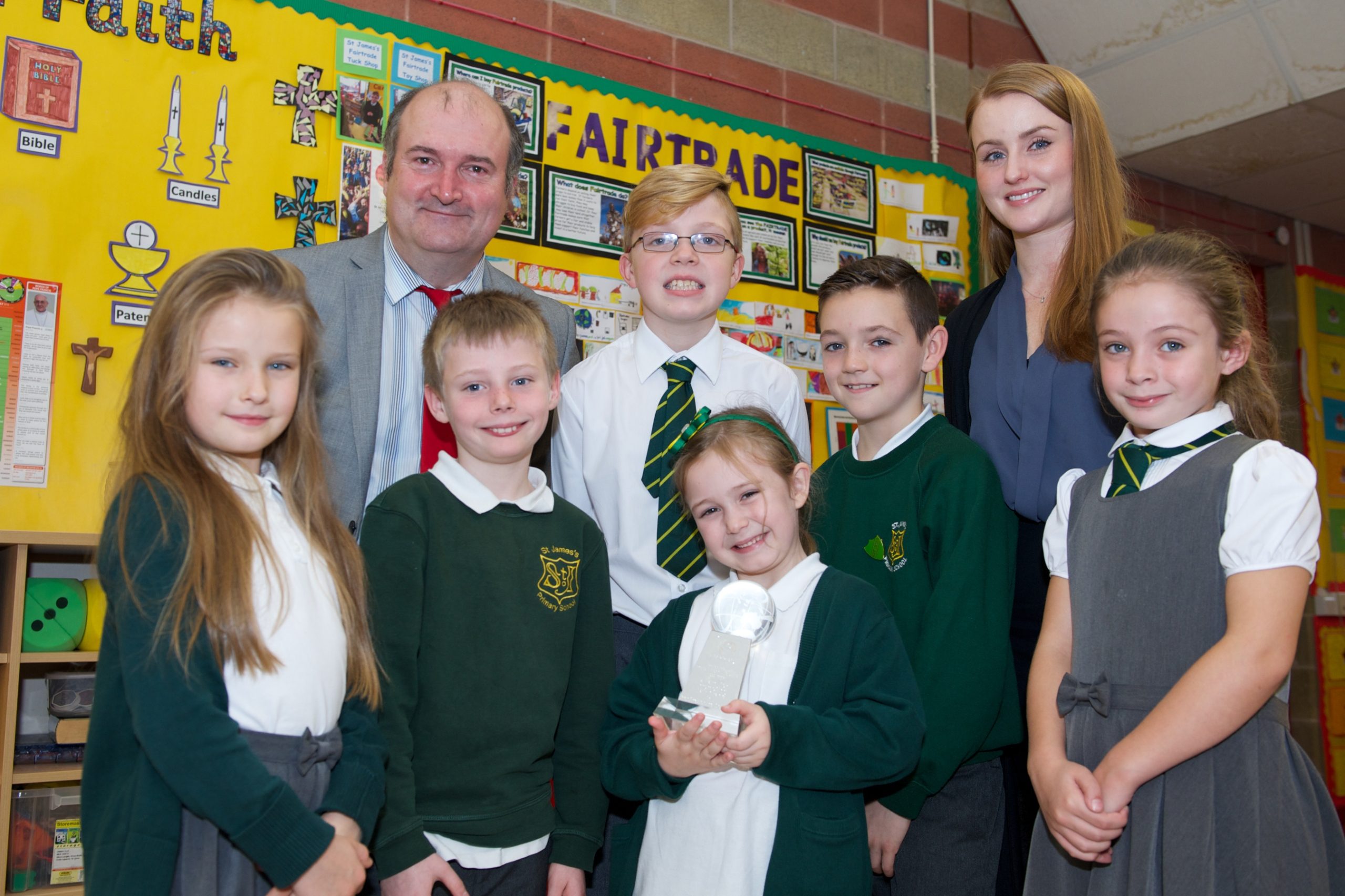 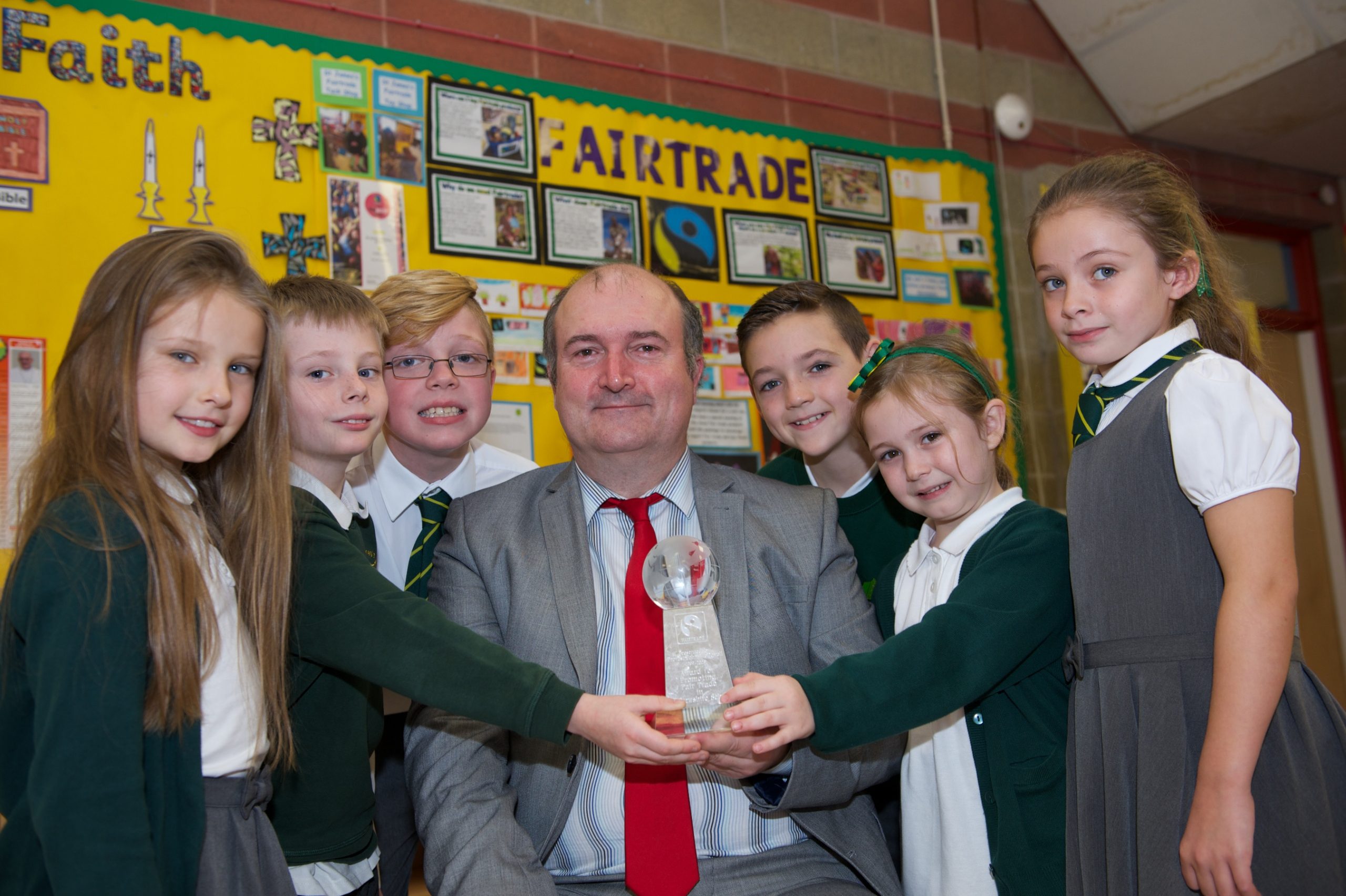 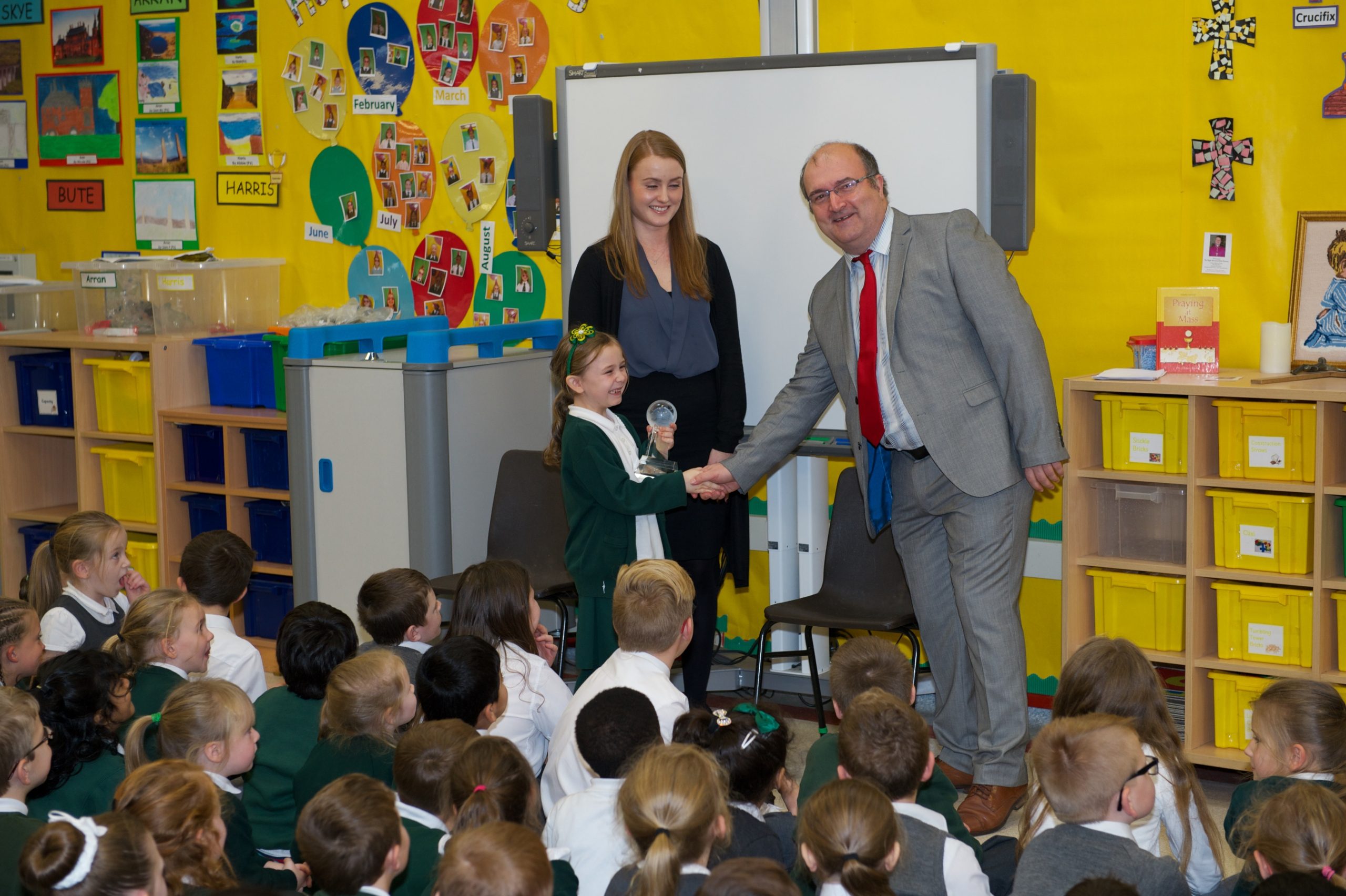 “Unfortunately John wasn’t able to present the award through illness but I know he remains a firm supporter of the cause and was delighted to see another school recognised for their efforts.

There were a number of schools who just missed out on winning the award with the decision process proving the toughest yet. The volume of schools being nominated is encouraging with the ultimate aim of having every school in Renfrewshire involved with fair trade.

Fair trade helps to improve the lives of the producers who fill our supermarket shelves by guaranteeing them a fair price for their products. The Fairtrade premium also gives producers money to invest in their local communities.

Acting Head Teacher, Michelle Ferguson, said: “We are delighted to receive this award and it is the least that our pupils and fair trade committee deserve.

“We have dedicated a lot of time making sure the pupils are aware of the issues of fair trade and tried to integrate it into our curriculum. The children are very enthusiastic in their learning and commitment to using fair trade wherever possible.

“We look forward to trying to retain the award next year!”

Getting to know the basics: web hosting for startups
Scroll to top