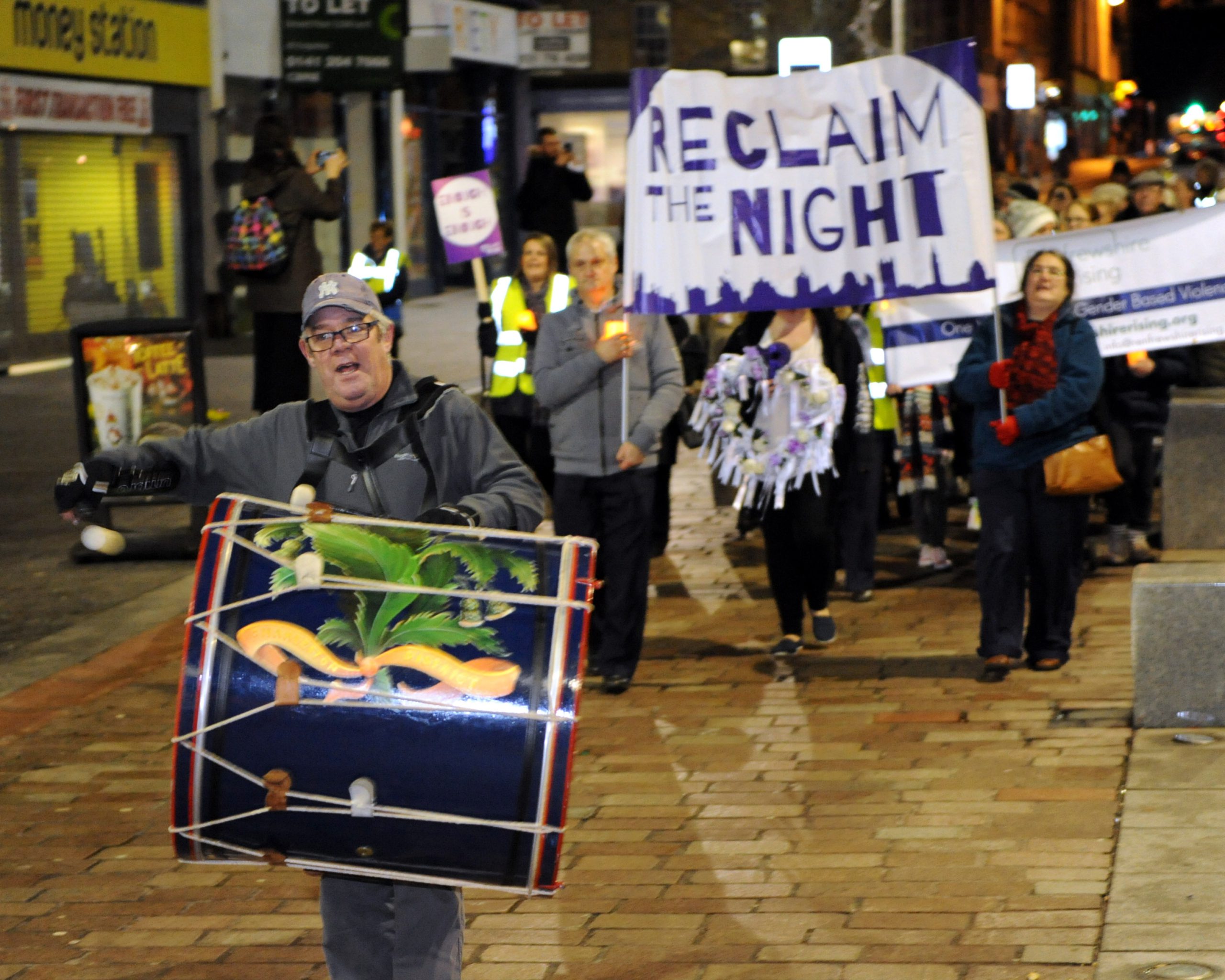 A huge crowd of Renfrewshire residents joined a march supporting the international call to end to violence against women.

The Reclaim the Night procession in Paisley prompted a vast turn out as local people showed their support for the cause. The procession launched Renfrewshire’s 16 Days of Action, a local version of the UN’s international campaign.

Men and women joined the procession which took place from the University of the West of Scotland to Dunn Square, and finished outside Paisley Town Hall. Campaigners were led by Tony Lawler, who bangs the Charleston Drum each year for the Sma’ Shot parade, which created a positive atmosphere for the awareness raising march.

Renfrewshire Provost Anne Hall gave a touching address on a women’s right to feel safe in their community before a remembrance wreath was laid by Terianne Docherty of Renfrewshire Rising. A two minute silence was held to remember those lost to domestic violence.

Outside the town hall, Frances Monaghan, of Wise Women, spoke passionately on why women should not attach blame to themselves and should fight to eradicate the problem for the sake of future generations. The night was closed with tea and coffee within Paisley Abbey. 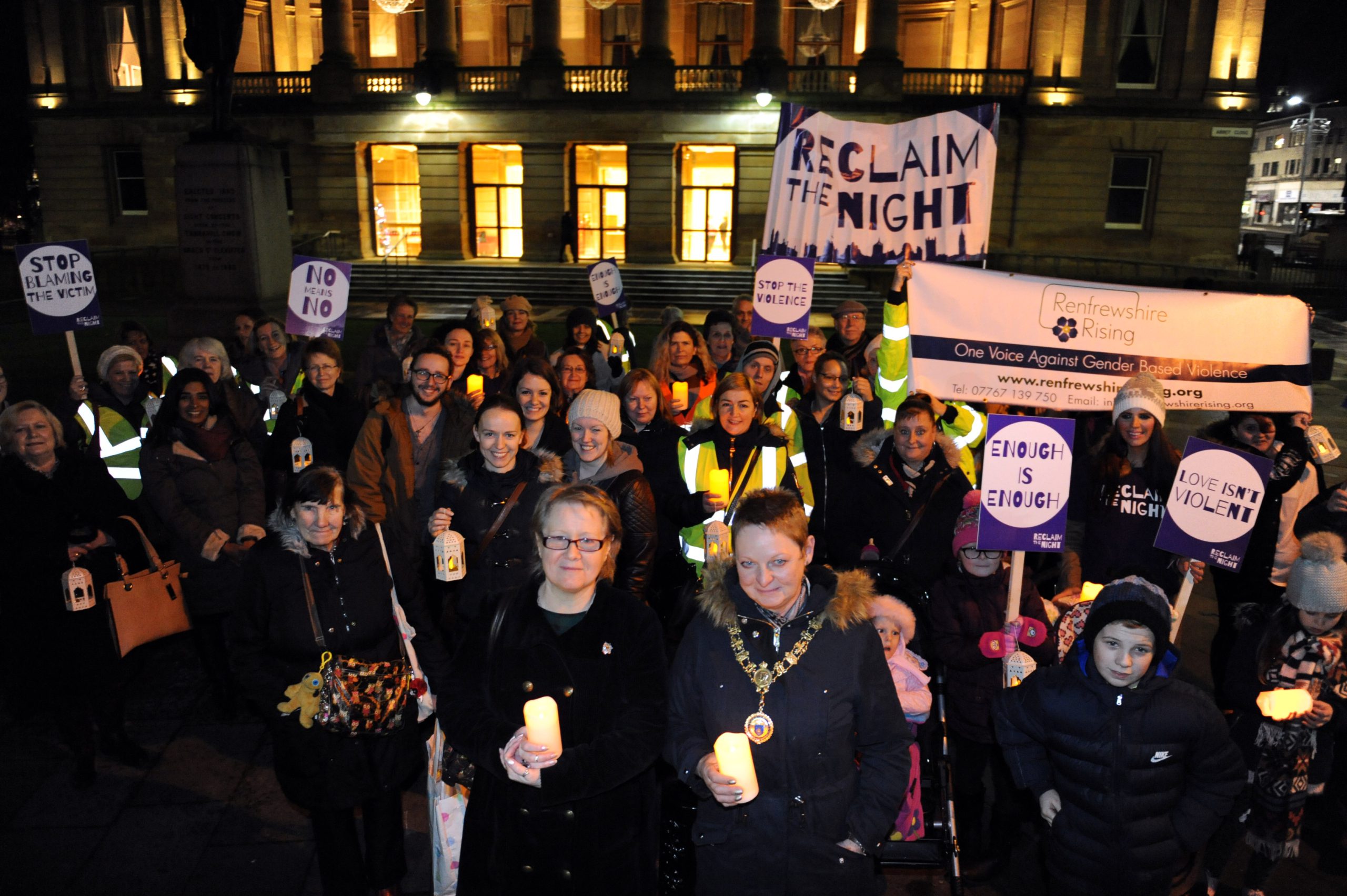 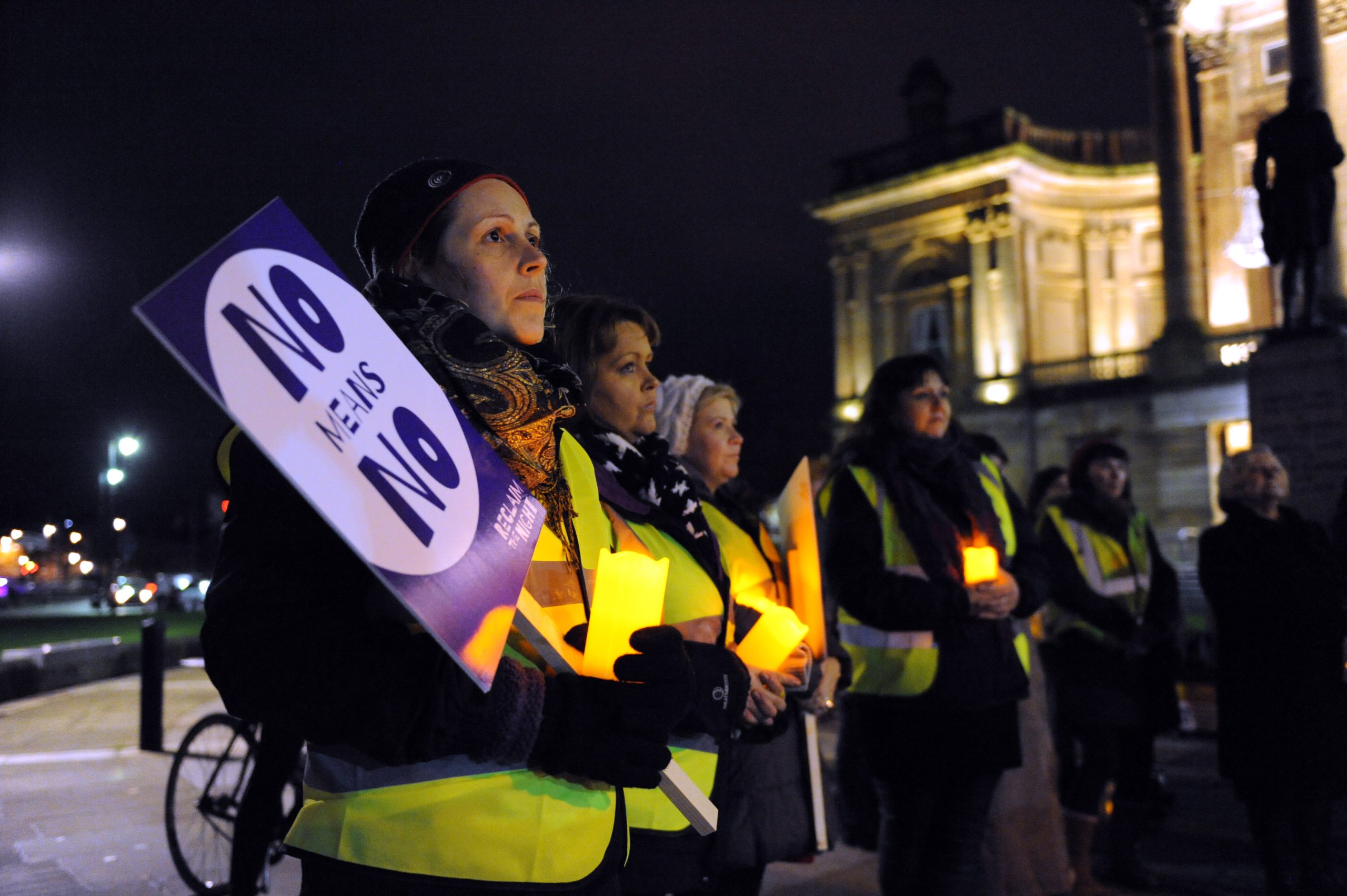 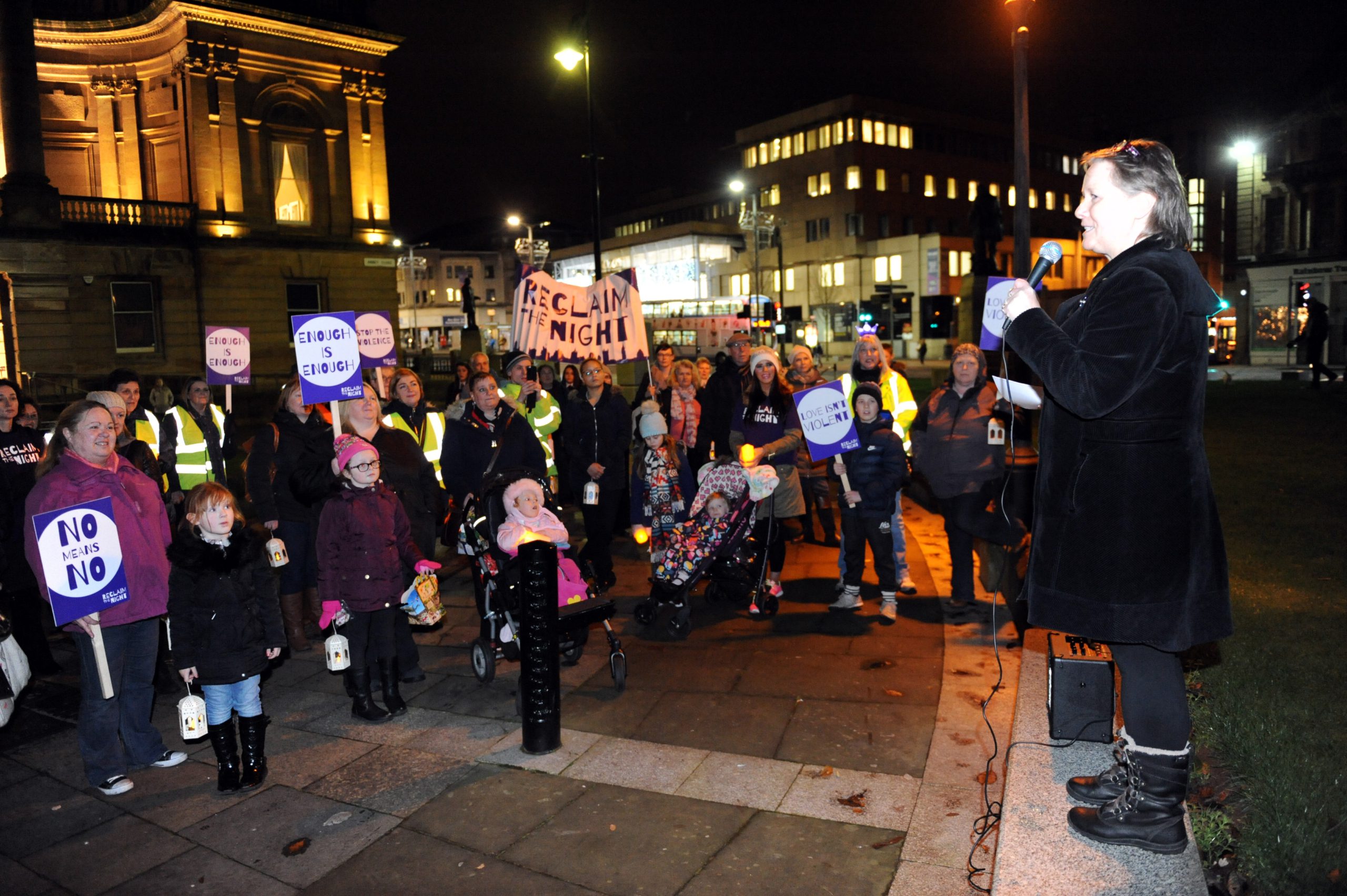 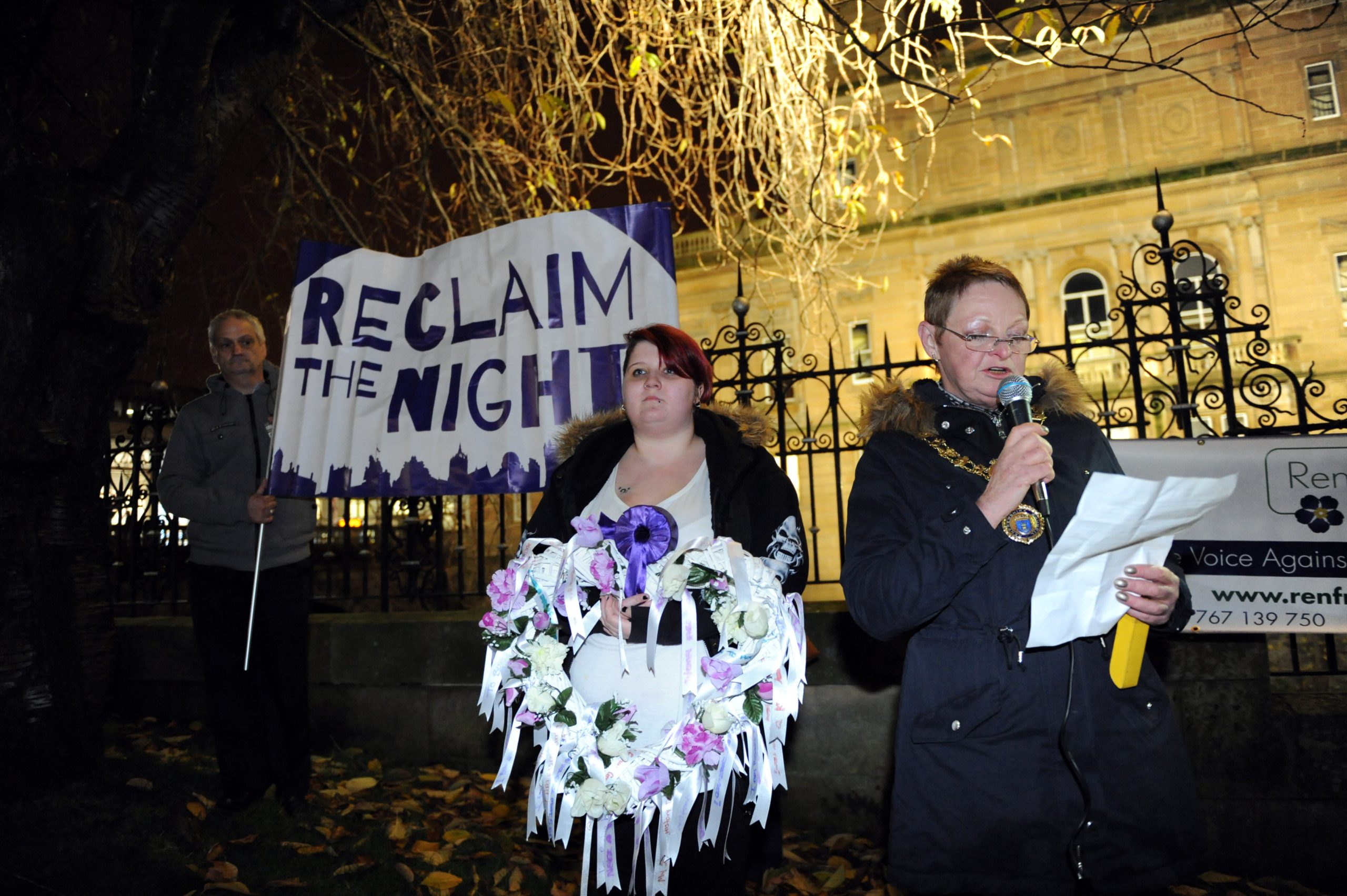 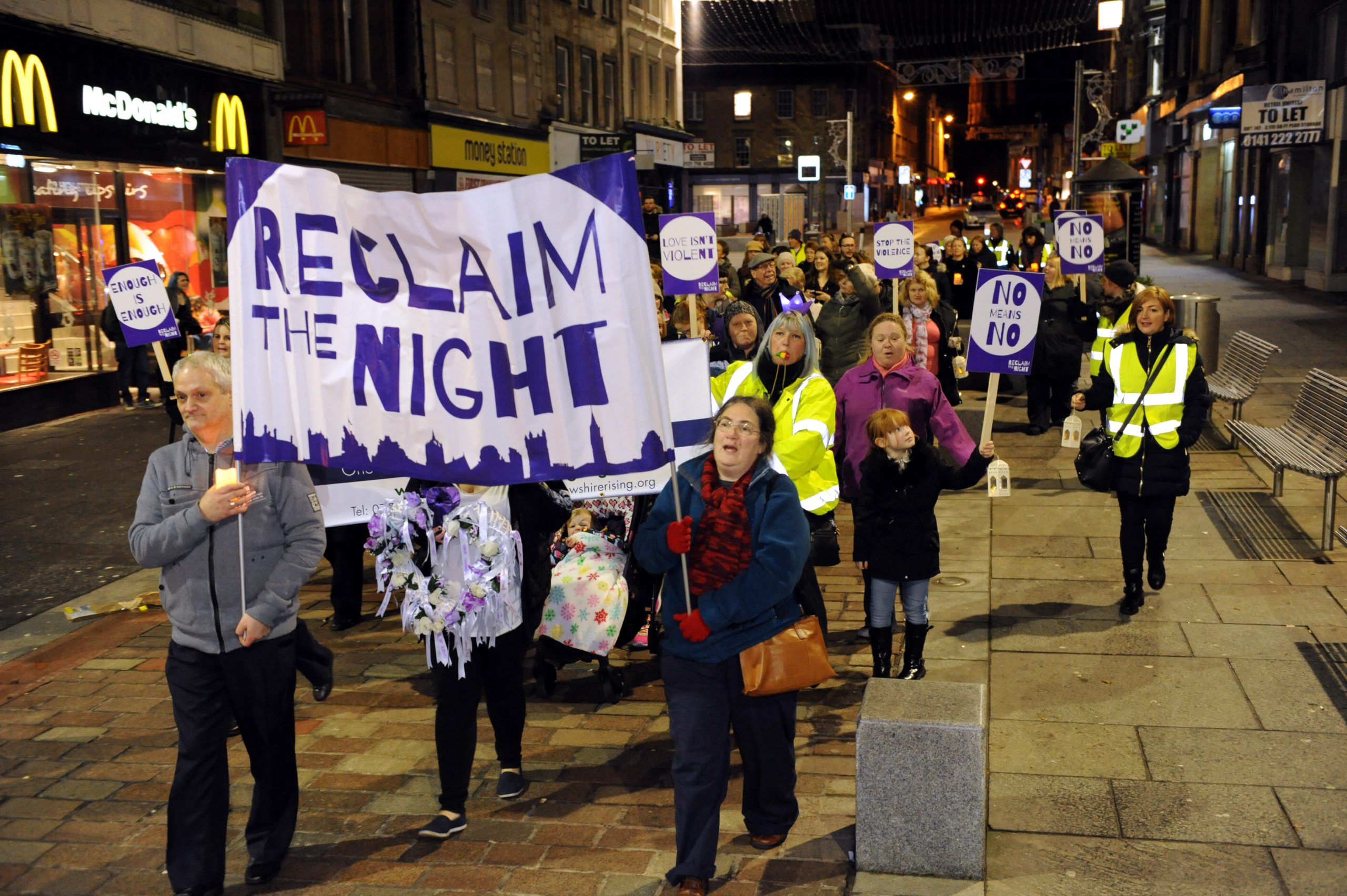 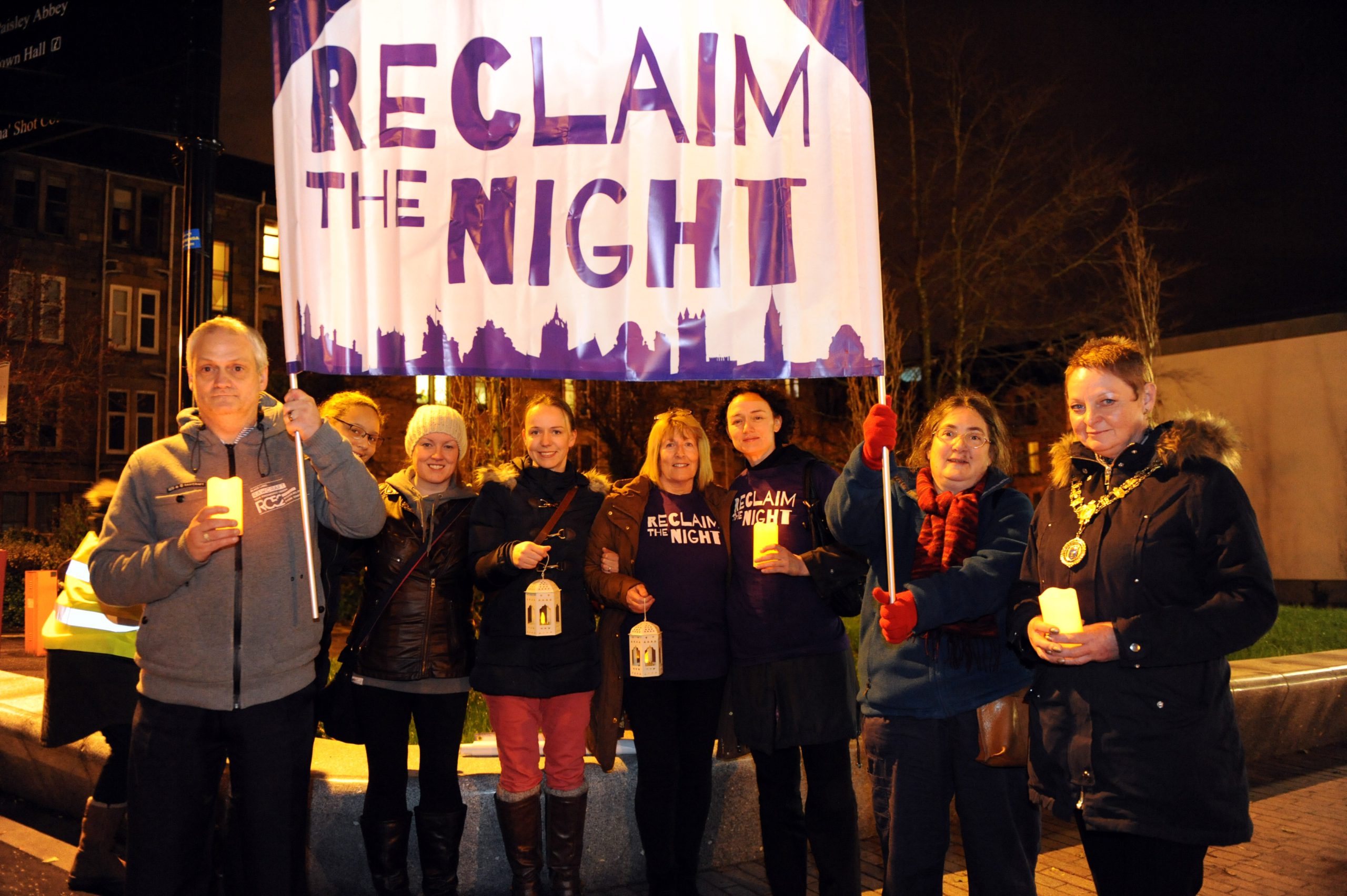 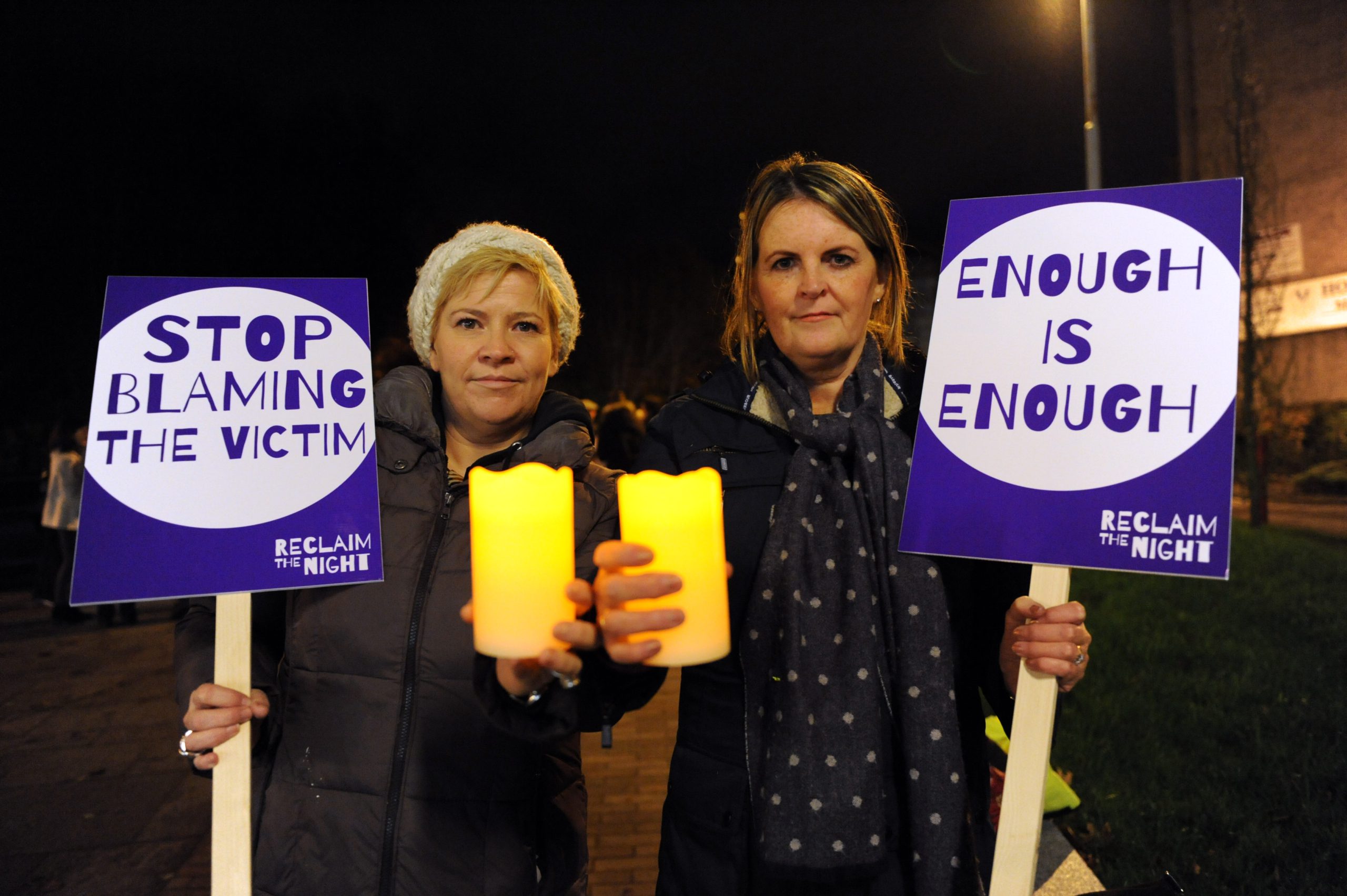 Councillor Iain McMillan, Convener of Renfrewshire Council’s Social Work, Health and Wellbeing Policy Board, said: “It is important that we continue to raise awareness of this important issue.

“The march creates discussion on violence towards women and this is vital if we are to eradicate domestic violence from our society. It is terrific to see the local community come together to join the march and support the campaign”

Provost Hall said: “The 16 Days of Action campaign gives everyone an opportunity to break the silence on this issue. We can give hope to those women who are suffering and hold the perpetrators to account.

Please continue to talk and raise awareness wherever you can in order for us to reach the ultimate aim of removing domestic violence from our communities.”

Anyone suffering from domestic violence can get help via two national helplines, which are available 24/7 and are free to call from a landline.
Scottish Domestic Abuse Helpline – 0800 027 1234
Abused Men in Scotland Helpline – 0808 800 0024