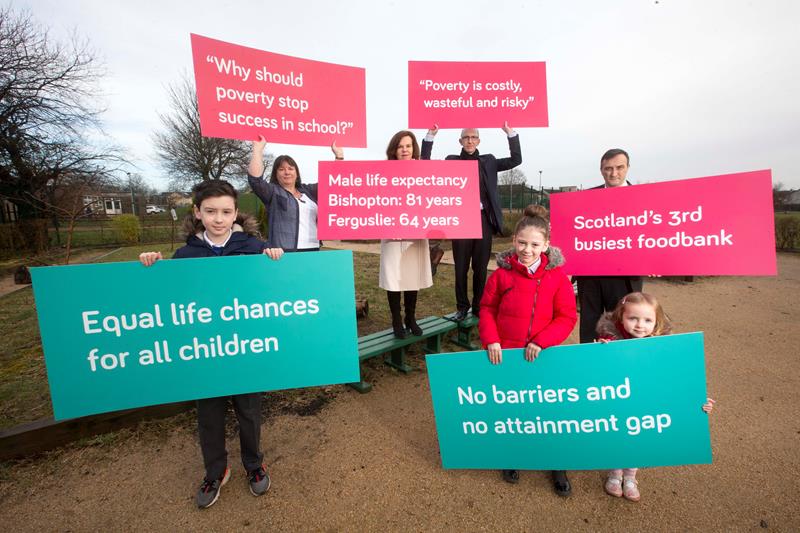 Councillor Mark Macmillan, Leader of Renfrewshire Council has challenged the Scottish government to “put its money where it’s needed” and support the council’s work to improve the lives and prospects of people and communities in Renfrewshire for generations to come.

In June 2011, the Christie Report, commissioned by the Scottish Government, recommended that the public sector should tackle inequalities and focus its resources on preventing social problems and improving lives. This would benefit residents and, in the longer term, reduce people’s need for some social services. In a written submission to the Scottish Parliament’s Finance Committee, Councillor Mark MacMillan, detailed the progress that Renfrewshire has made towards building a better future for all its people. He also praised the work of all Scotland’s local authorities in driving positive change while dealing with the negative consequences of government-imposed budget cuts. Councillor Mark Macmillan said; “The people of Renfrewshire, our Community Planning Partners, and this council should be commended for the progress we have all made in addressing inequalities, preventing social problems and improving lives throughout our communities. We have embraced the recommendations in the Christie Report. We have been unstinting in our determination to understand and address our challenges. We have been innovative and thorough in developing solutions to long term problems. Now, as evidence of our successes starts to emerge, the Scottish Government chooses to question local government’s progress.

Now, the Scottish Government has asked all local authorities to account for their progress in preventing social problems and Renfrewshire Council has delivered a robust response to Holyrood’s questioning.

The council’s reply cites tremendous progress in addressing inequalities and building a future in which Renfrewshire’s residents and communities can thrive.

Its Tackling Poverty Commission is the first of its kind in Scotland to look specifically at child poverty at a local level. The resulting strategy aims to prevent people from experiencing poverty in the first place, as well as mitigating its effects and supporting people as they break the cycle of deprivation.

Renfrewshire’s Families First programme takes a holistic approach to improving children’s lives and life chances and has been hailed by Glasgow University as ‘having national significance.’

Invest in Renfrewshire, the council’s employability an business support partnership, has already cut local youth unemployment to an all time low, created nearly 1,000 new jobs, found work for more than 3,000 people, and supported the growth of nearly 900 business.

Renfrewshire’s key part in the Glasgow and Clyde Valley City Deal will deliver three highly ambitious infrastructure projects with a total spend of £273m. The new rail link to Glasgow Airport, the Clyde bridge at Renfrew, and new infrastructure at the Glasgow Airport Investment Zone will unlock Renfrewshire’s economic potential and place it firmly at the centre of industrial growth in the region. City Deal will create jobs, opportunities and ambition within Renfrewshire’s communities.

Renfrewshire is also a safer place for all residents as a result of partnership commitment. The council pointed to the award winning Street Stuff diversionary activity programmes for young people which have reduced Vandalism and Youth Disorder in Renfrewshire by 75%.

Councillor Macmillan said: “Instead of quizzing us, I ask John Swinney to recognise what we have achieved in the face of his swingeing 17% cut to the council’s budget and his unfair allocation of resources. Renfrewshire Council would very pleased to meet with the Finance Committee and discuss how well we’ve navigated these challenges to build a better future in Renfrewshire. We also hope that the Scottish Government is ready and willing to learn from our emerging and proven successes. Finally, we’d be pleased to hear how and indeed, if, the Scottish government intends to put its money where it’s needed to support and finance the policies and programmes that will reduce inequalities and realise Christie’s vision.”