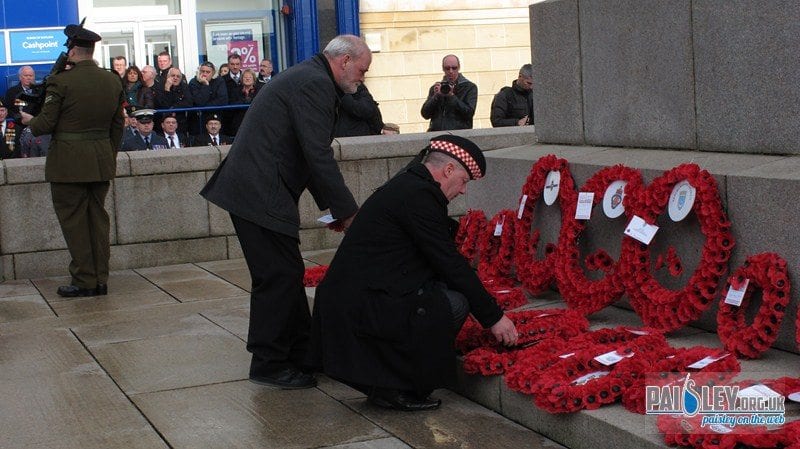 Communities across Renfrewshire are preparing to commemorate Remembrance Day.

Renfrewshire’s Provost Anne Hall, who will be attending Paisley’s Remembrance Service, said: “This is always a time when the whole community comes together to reflect on and to honour the service of our armed forces in military conflicts past and present. “The services of commemoration give us all the opportunity to remember with pride those who sacrificed so much for their own and future generations.”

On Friday 06 November, pupils from Brediland Primary and St Paul’s Primary, both in Paisley, will attend a service at Paisley Abbey at 10.25am. The pupils will then walk to The Cenotaph accompanied by the Royal British Legion.

On Sunday November 08, the Remembrance commemorations taking place in Renfrewshire include:
Paisley

The service will be preceded by a march by the Royal British Legion to the Cenotaph followed by prayers, scripture readings and a wreath-laying.