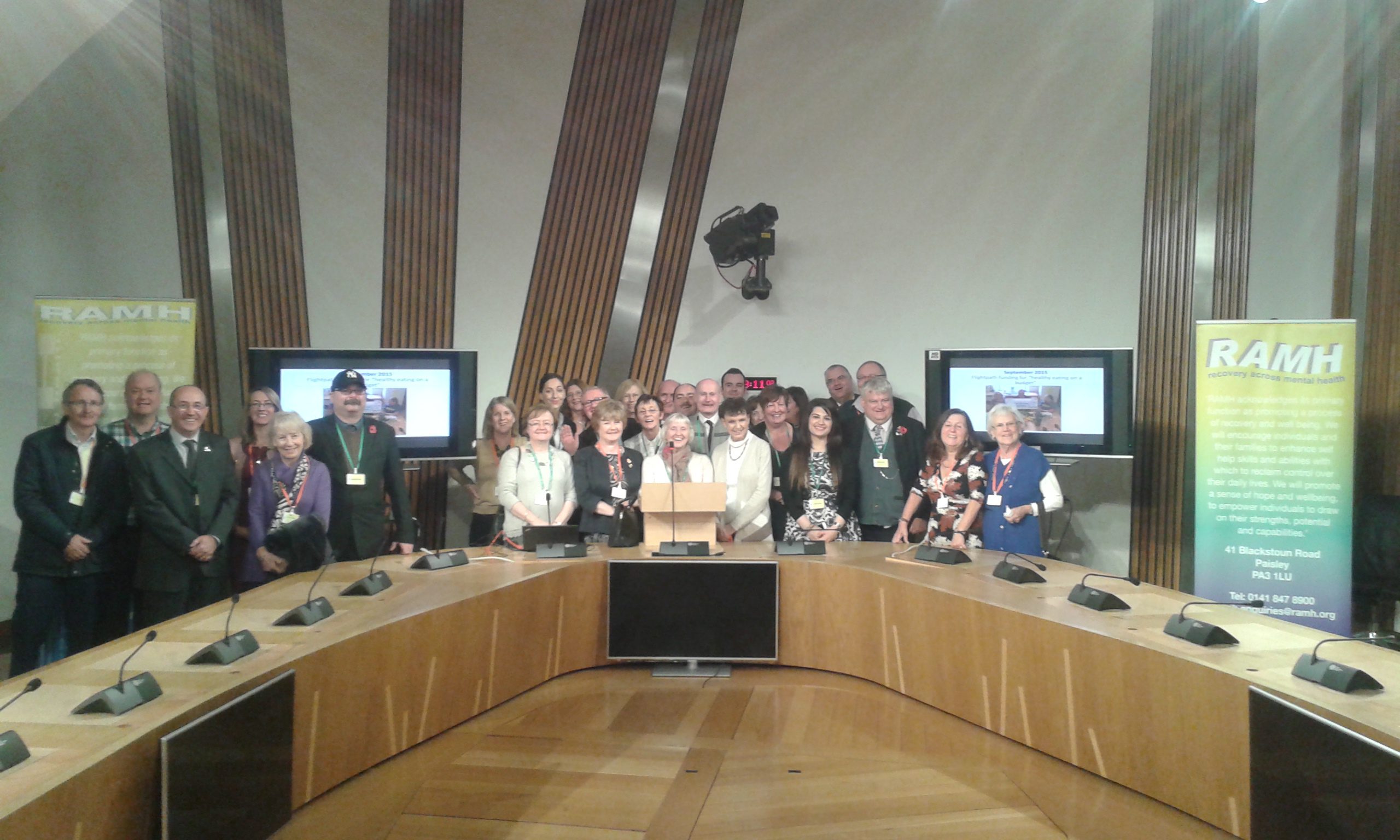 Local mental health charity RAMH has celebrated 25 years of service provision with an evening reception at the Scottish Parliament.

Chief Executive Stephen McLellan said “We were delighted to see so many supporters of RAMH present, and of course to have the work we do endorsed by George Adam MSP and Cabinet Secretary Shona Robison.”

He added “We couldn’t have achieved what we have without the exceptional dedication of staff, volunteers and supporters. The development of mental health services locally is testament to a steadfast commitment and belief in a fairer society in which everyone is seen as capable of recovering from mental ill health.”

Among the guests was Allan Dick, Chair of Engage Renfrewshire who said “It was a fitting reflection on the superb work that has been delivered across the last 25 years, and which I am sure will be delivered for the next 25.”

Service user Steven Murray told his own story of the life changing effects of mental ill health and how he recovered with the support of RAMH.

The Holyrood reception was sponsored by George Adam MSP who is a committed supporter of RAMH. Other celebratory events have included an anniversary year launch at St Mirren FC in February, a reception by Renfrewshire Provost Anne Hall in May and finally the Scottish Parliament in November.

RAMH needs your support. Please donate to local mental health services at www.virginmoneygiving.com and search for RAMH under charity. You will be making a real difference to local people, enabling them to recover from mental ill health.