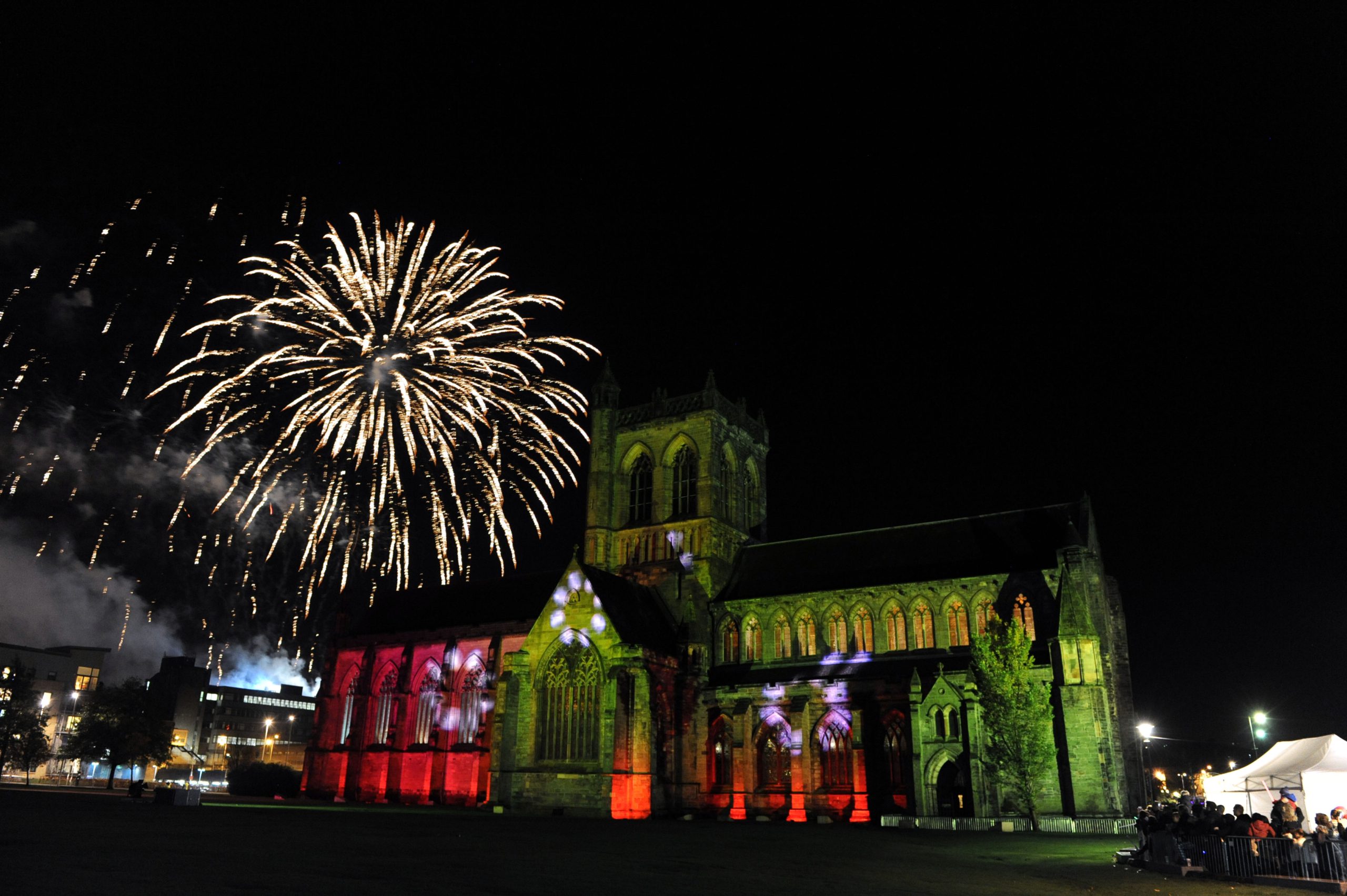 Paisley’s skyline lit up in spectacular colours wowing thousands of revellers in the town centre for the annual fireworks extravaganza.

More than 30,000 people turned out for the Paisley Fireworks Spectacular – run by Renfrewshire Council – despite the wet conditions earlier that day.

Crowds emerged to fill Paisley’s town centre streets and watch the special pop-themed display against the stunning backdrop of the 850-year-old Paisley Abbey.

The fireworks launched from an even greater height this year – the roof of the council buildings on Cotton Street – ensuring impressive views across the town centre.

The stunning display came at the end of a packed day of entertainment, with local band Lemonhaze headlining the main stage performances.

During the afternoon, families and kids enjoyed magic shows, puppet shows and story-telling inside Paisley Town Hall and Abbey.

Other activities included stilt walkers, fire jugglers, food vendors and a funfair in the town centre. 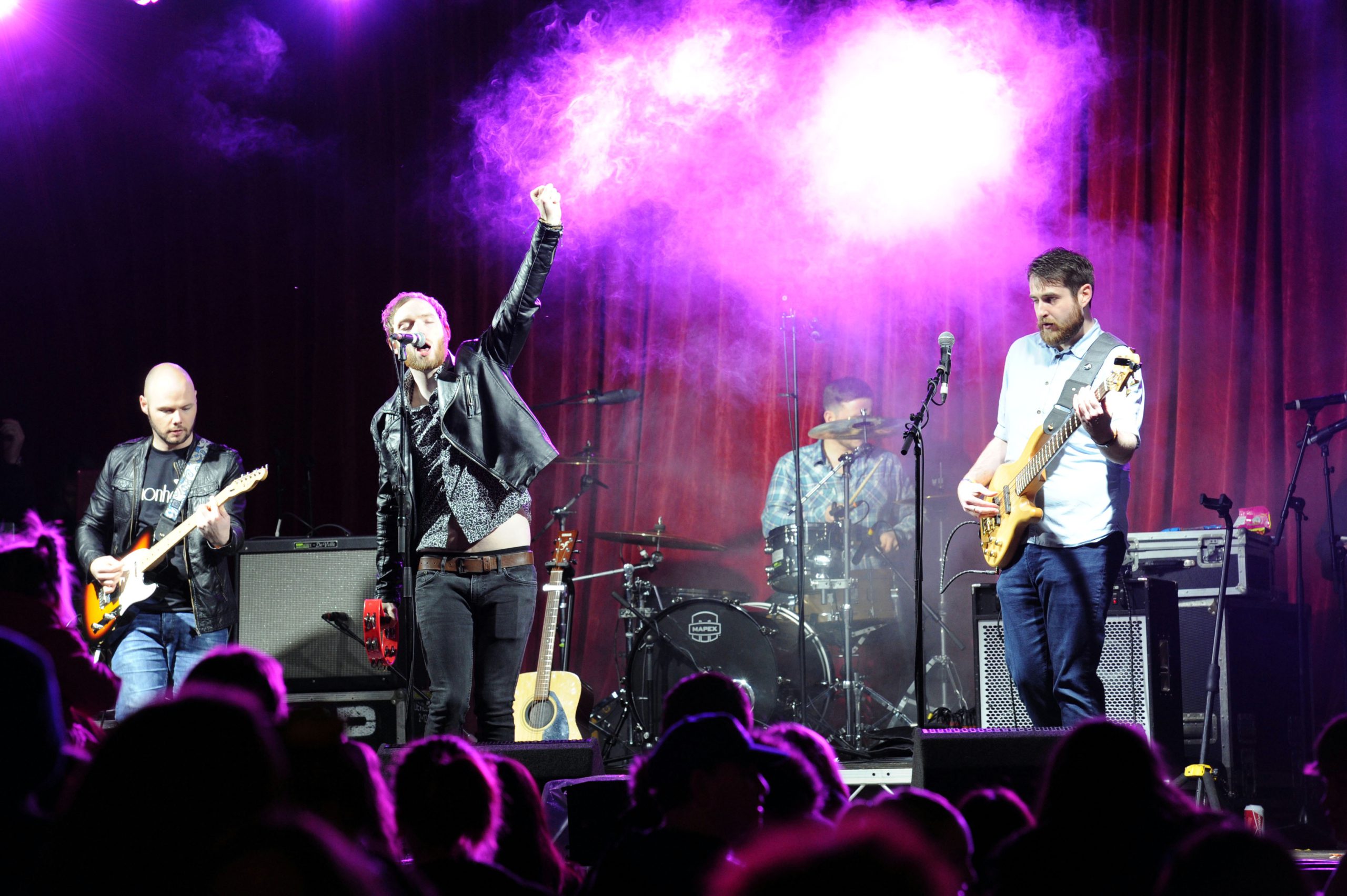 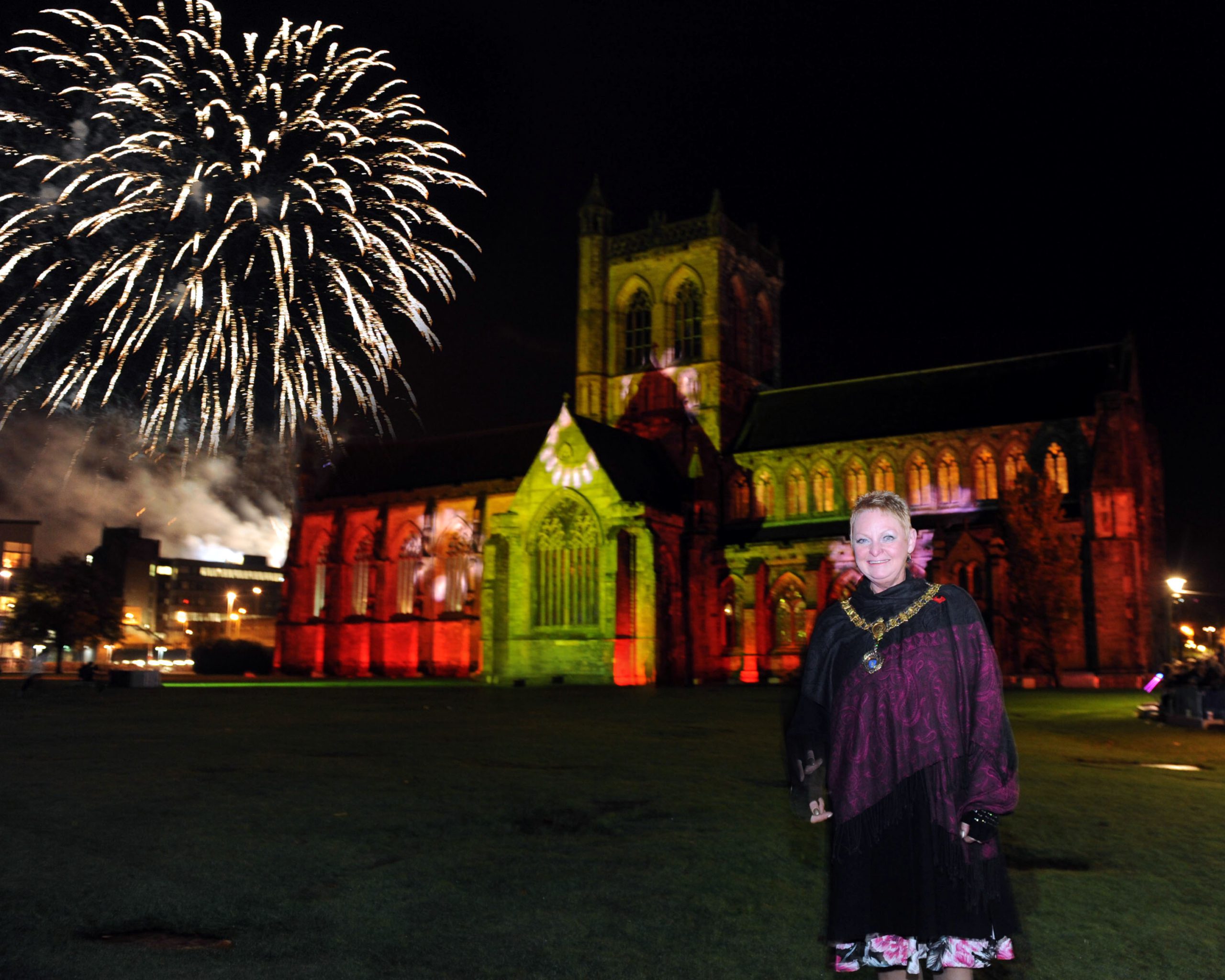 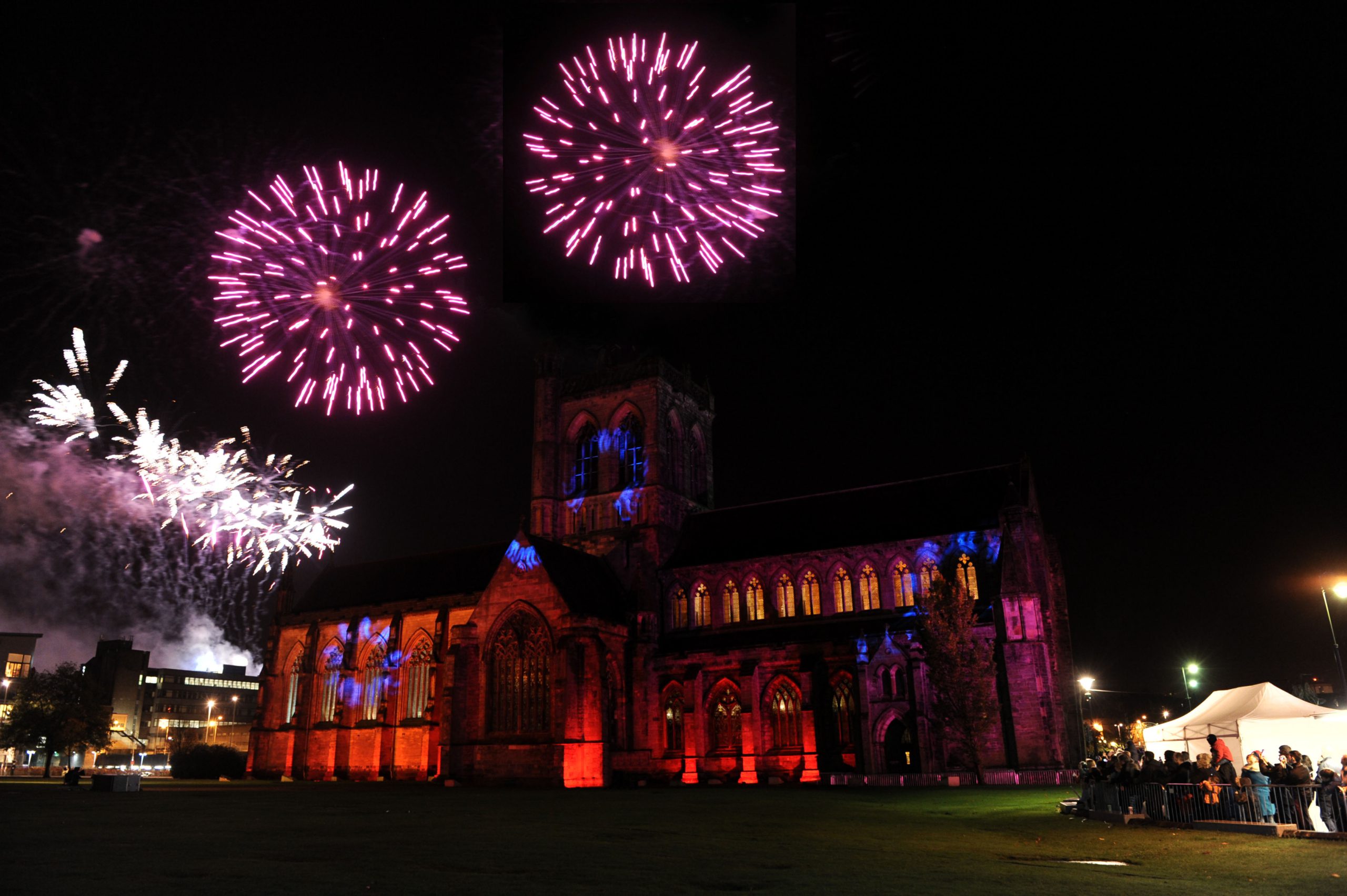 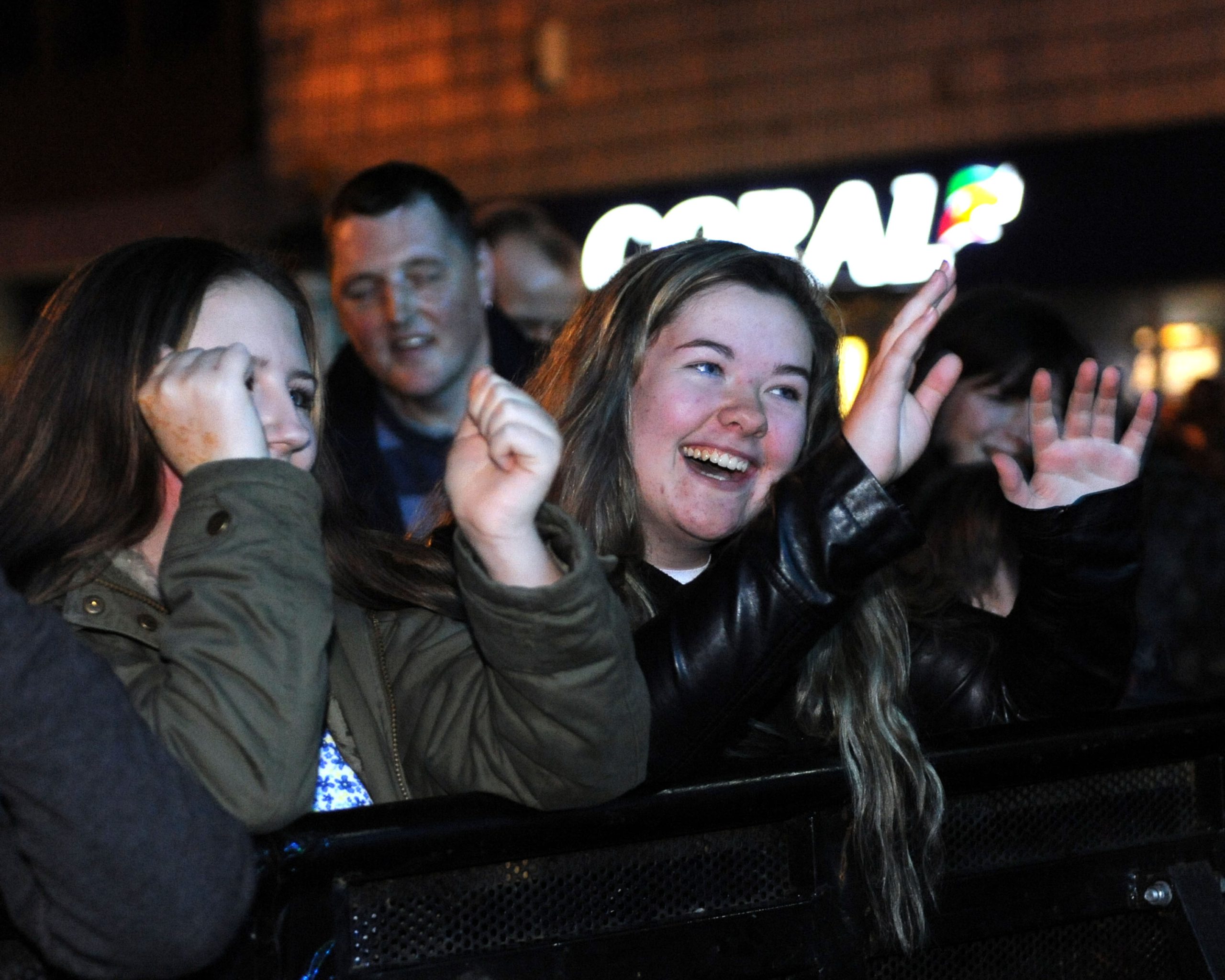 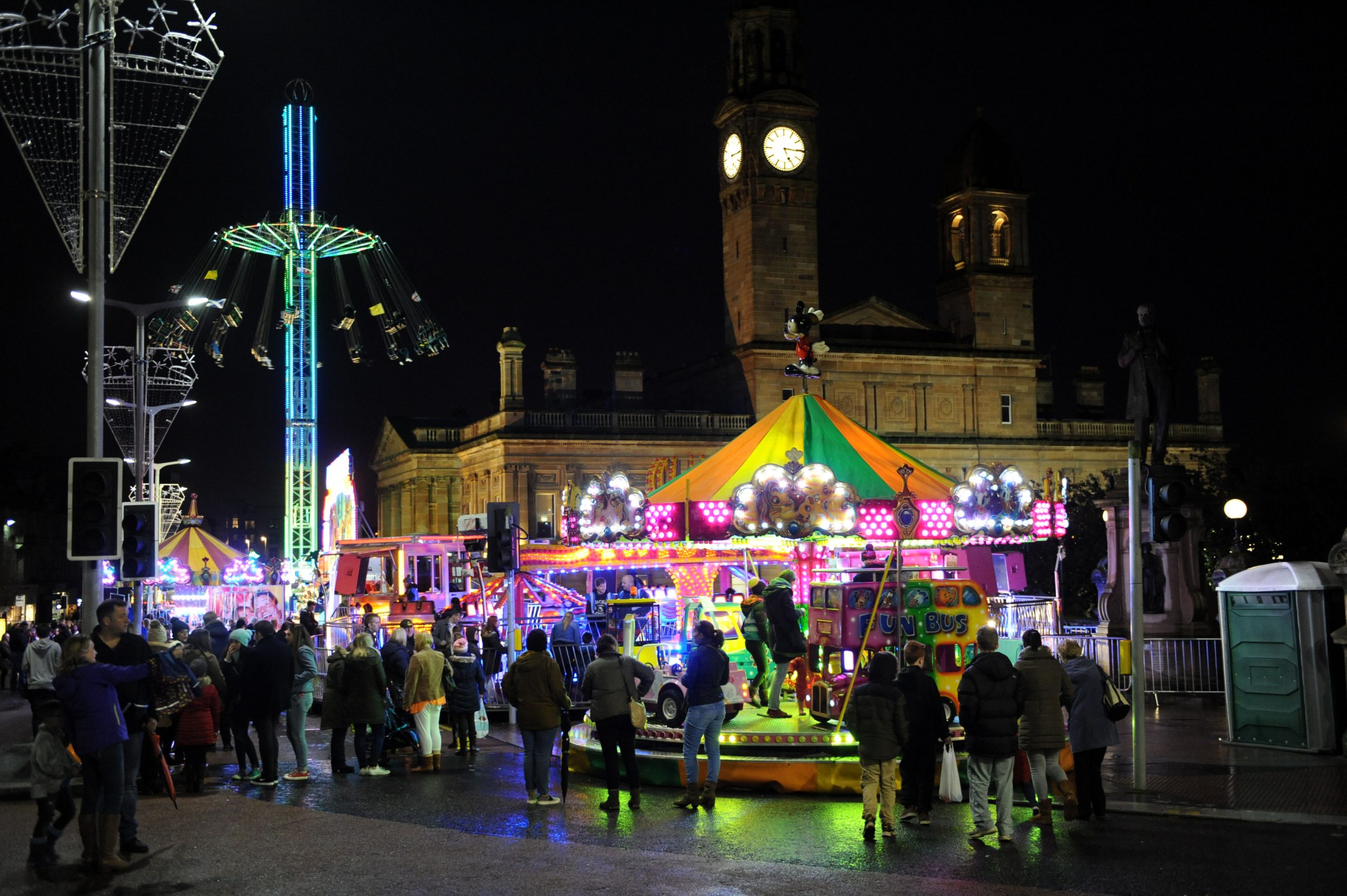 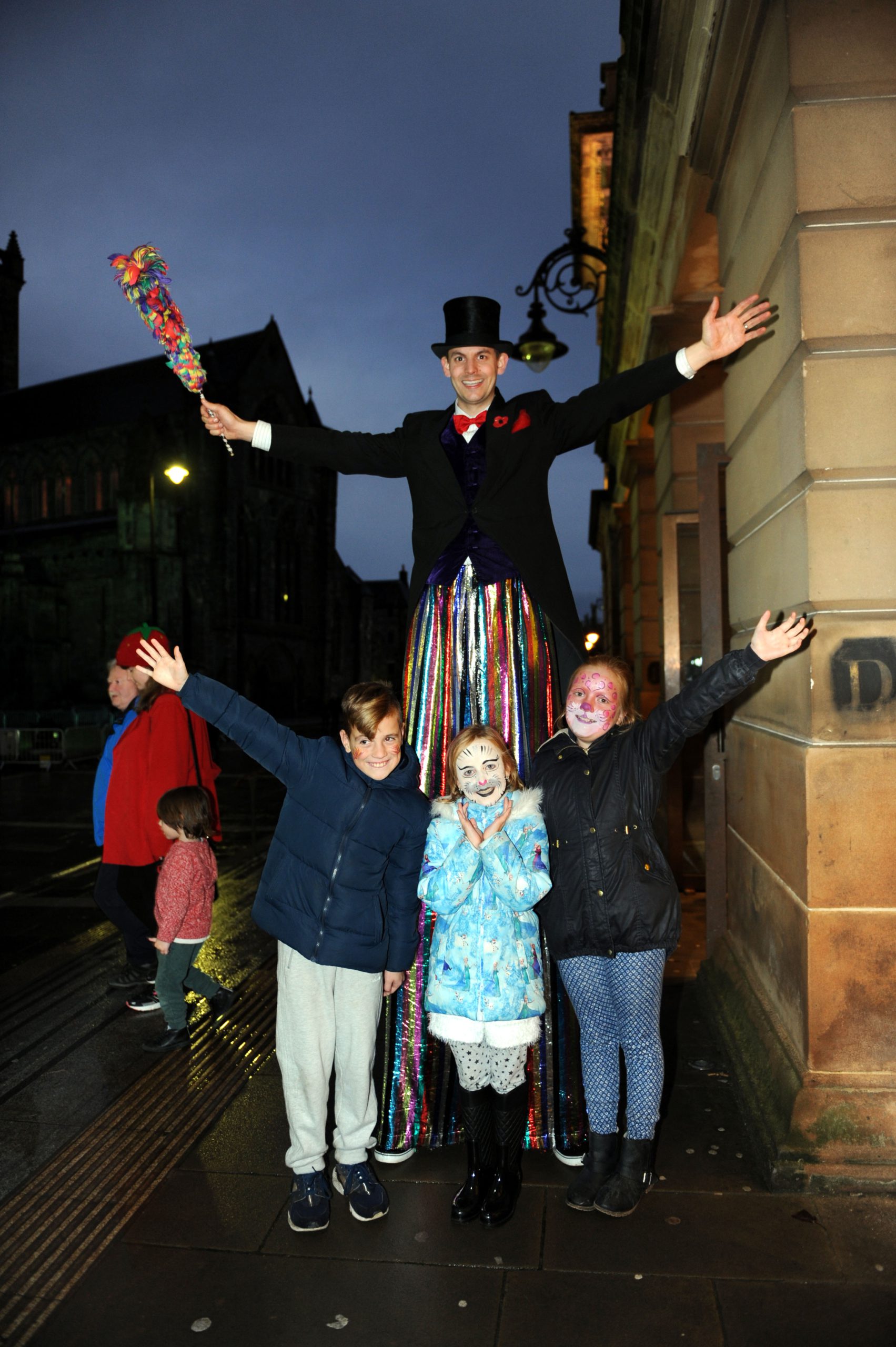 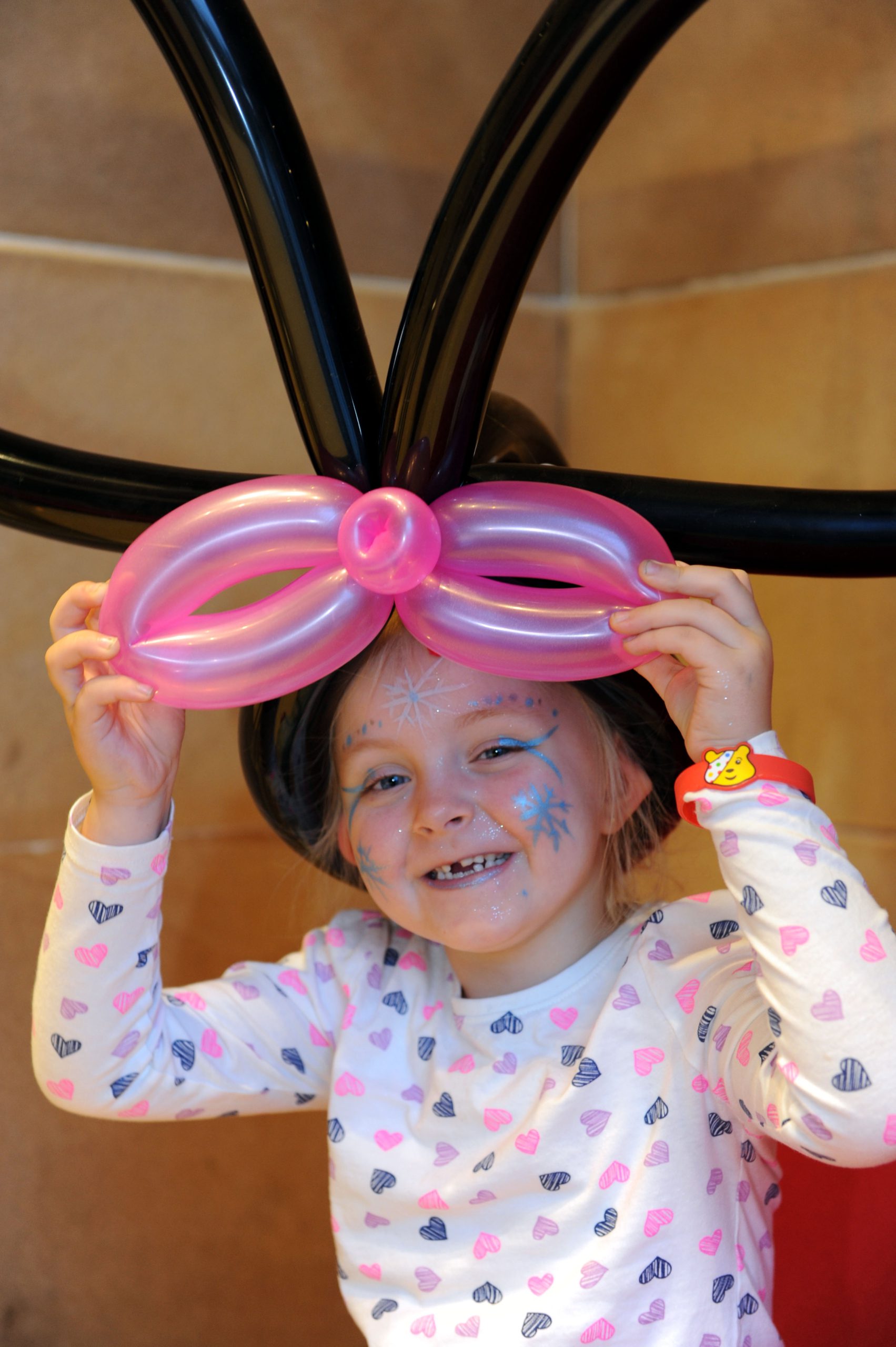 Paisley Fireworks Spectacular is part of the push towards Paisley’s bid for UK City of Culture 2021 and is one of many events in an exciting winter events programme, with the Paisley Christmas Lights and UK City of Culture bid launch the following weekend on Saturday 14 November headlined by 2014 X-factor winner Ben Haenow.

Renfrewshire Council Leader Mark Macmillan said: “Paisley Fireworks Spectacular is always a popular event with thousands of people coming to Paisley each year, so it was great to see a strong turnout again this year.

“With a packed programme of entertainment throughout the day, it is clear to see why families and kids had such a great time in the town centre.

“The whole day ended on a sky-high spectacle with the pop-themed fireworks lighting up the Paisley skyline at 7pm.

“The Paisley Fireworks Spectacular is just one of many in an exciting calendar of events for Renfrewshire. As Paisley’s bid for UK City of Culture 2021 gathers momentum we hope to hold more exciting events in the future.”

UK housing market at its strongest since 2008: What this means for buyers
Scroll to top