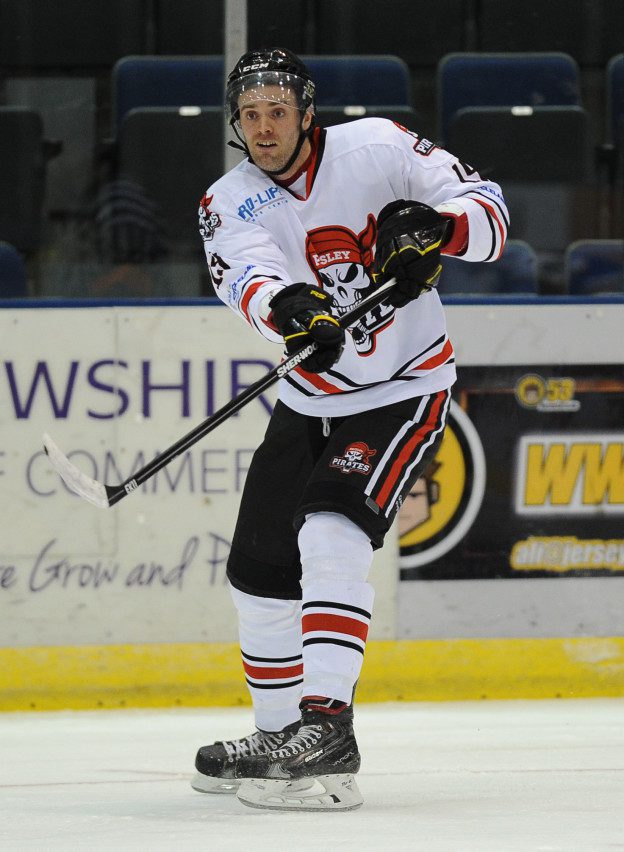 Pirates maintained their 100% home record as they eventually saw off an Aberdeen side which refused to lie down.

The home side did all the early pressing and after an early McCamley shot came off the bar they were ahead in the 7th minute as Blair back handed a flick beyond Chalmers to give his team a lead which they never lost. In the 10th minute, a challenge by McCamley on the visiting netminder appeared to give offence to Lynx’ Carnegie, and the resultant 14 minutes in penalties to each player appeared to upset the visitors more than Pirates, as the latter were two ahead within seconds, with Blair nabbing his second to give them some breathing space. Aberdeen were beginning to find their feet a little, with Meechan making several fine stops to keep them at bay, but after sixteen minutes Thorp took the Pirates’ lead to three by the interval with a slapshot which fairly ripped into the net. Blair could, and probably should, have completed a first period hat trick, but after good lead up play which left him with an open goal, he managed to send the puck past the post when it appeared easier to score.

Lynx needed an early strike to get back in the game and Carnegie provided the lifeline in the 22nd minute, but it only took Pirates seconds to restore the three goal advantage as Thorp fired another effort from distance which again beat Chalmers for 4-1. The home side appeared to have played off a succession of penalties without damage around the half way point, but just as Chris Turley returned to the ice, Lynx were in the hunt once more as Malcolm got on the scoresheet to make it a two goal game going into the final session.

The visitors were for a second time hunting for a marker to reduce the deficit as the final session started, but once again Man of the Match Thorp was on the mark, completing his hat trick, with only two minutes of the period gone, and while Carnegie grabbed his second to pull the scoreline back to 5-3 within another two minutes, Pirates always appeared to have enough in hand, and when Wilson tipped in a passing movement involving Orr and Miller with 9 minutes left, Lynx had too much to do in the time remaining, although they did find the net again through Leyden with under 4 minutes left, Pirates safely saw out the clock for another tight win, their 4th in 4 home matches.

Pirates now face a 3 week series of tough road trips, the first of these being to Kirkcaldy this coming Sunday (22 Nov) for their Scottish Cup Quarter Final tie against the Kestrels. Supporters are asked to note that the quarter final is NOT over two legs and will be decided on the night.

Man of the Match: RICHARD THORP