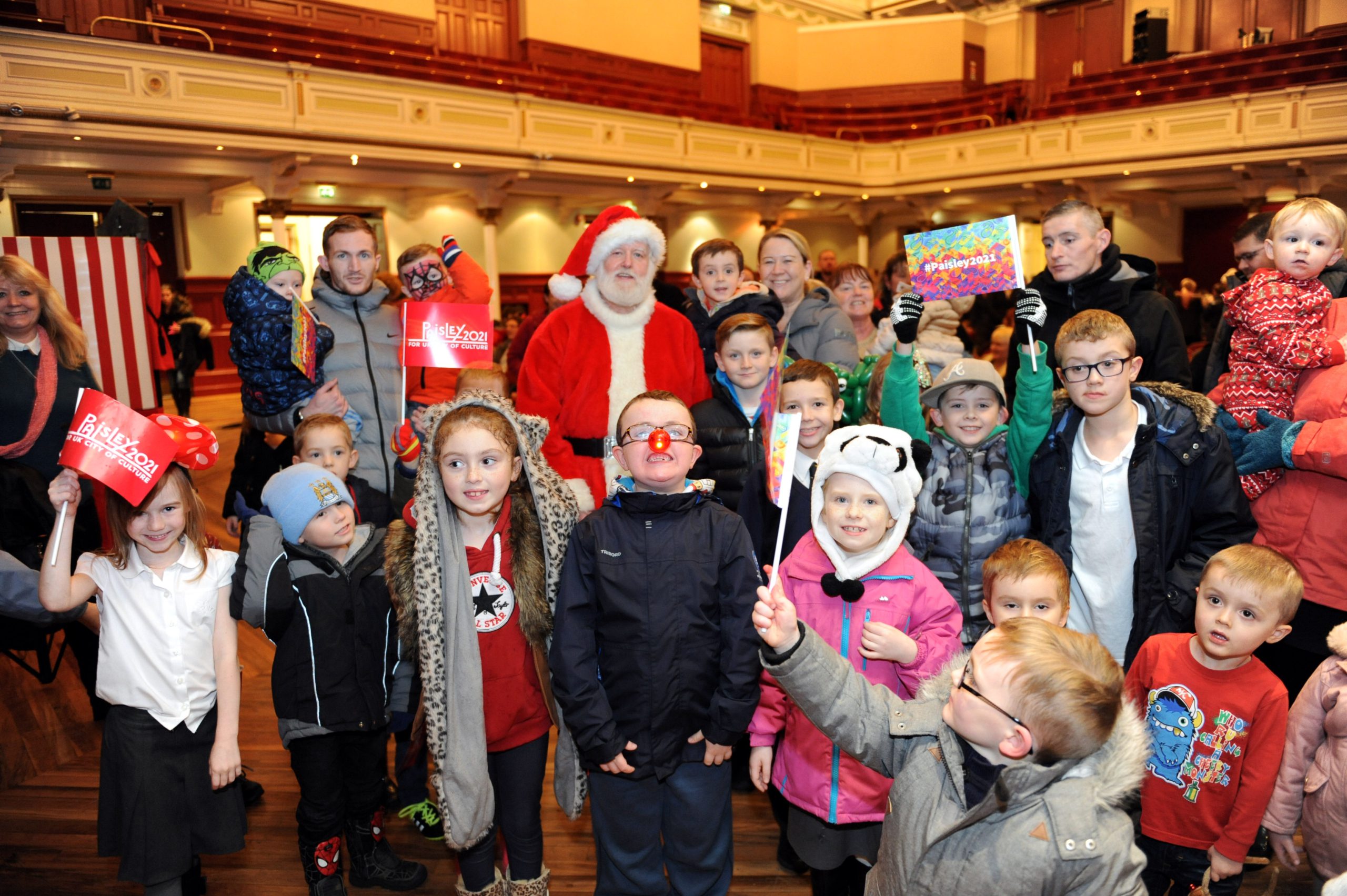 Paisley lit up with an evening of traditional festive fun as the town’s Christmas lights were turned on tonight.

A crowd of several thousand gathered in the area around Abbey Close and Paisley Town Hall to see the big switch-on.

The party got under way at 5pm, with DJs from Pulse FM hosting the stage and introducing acts including RockUs Community Choir, who sang Christmas classics.

Big crowds gathered around Santa and his reindeer – giving youngsters a chance to get their Christmas requests in early. 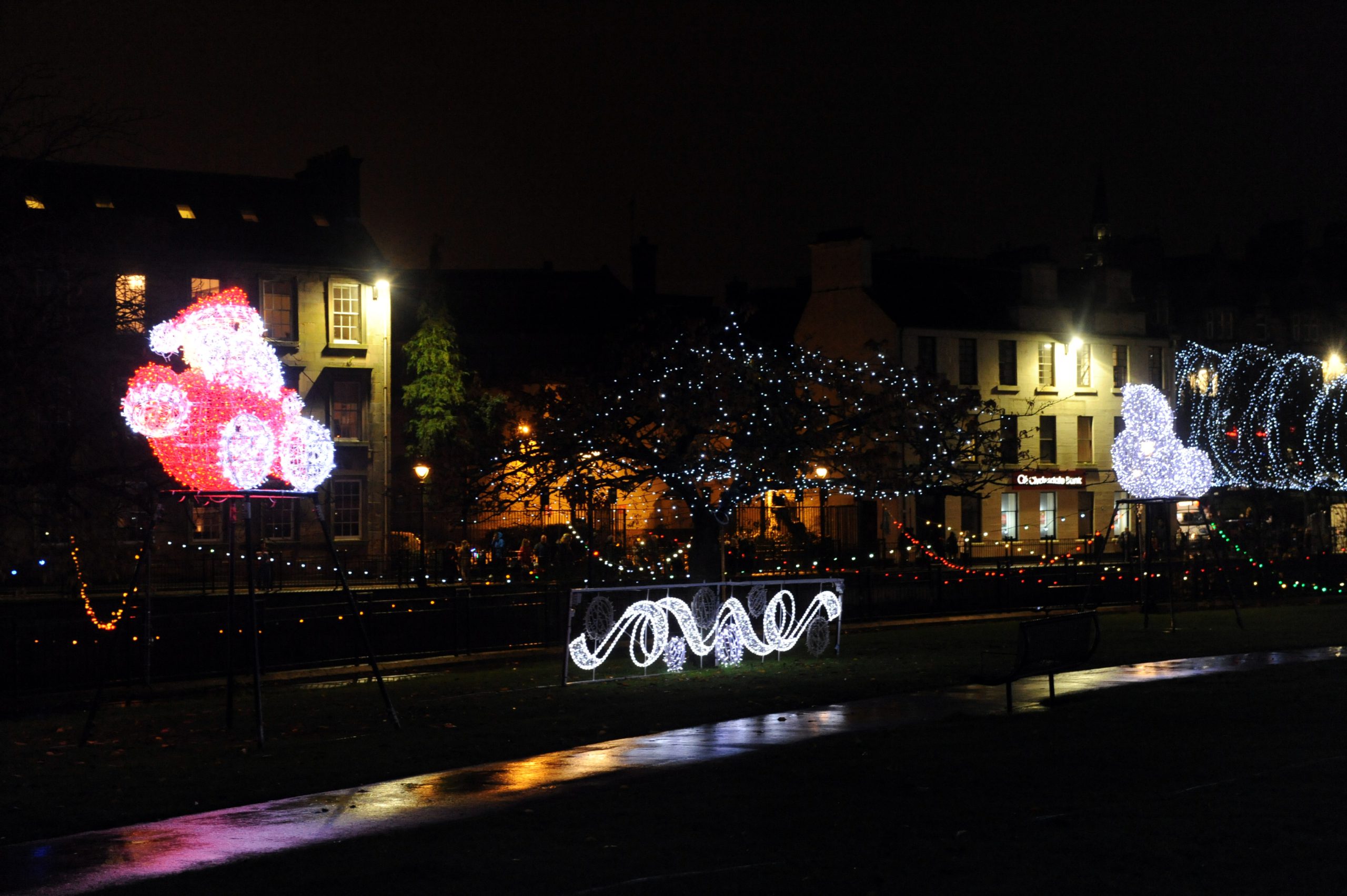 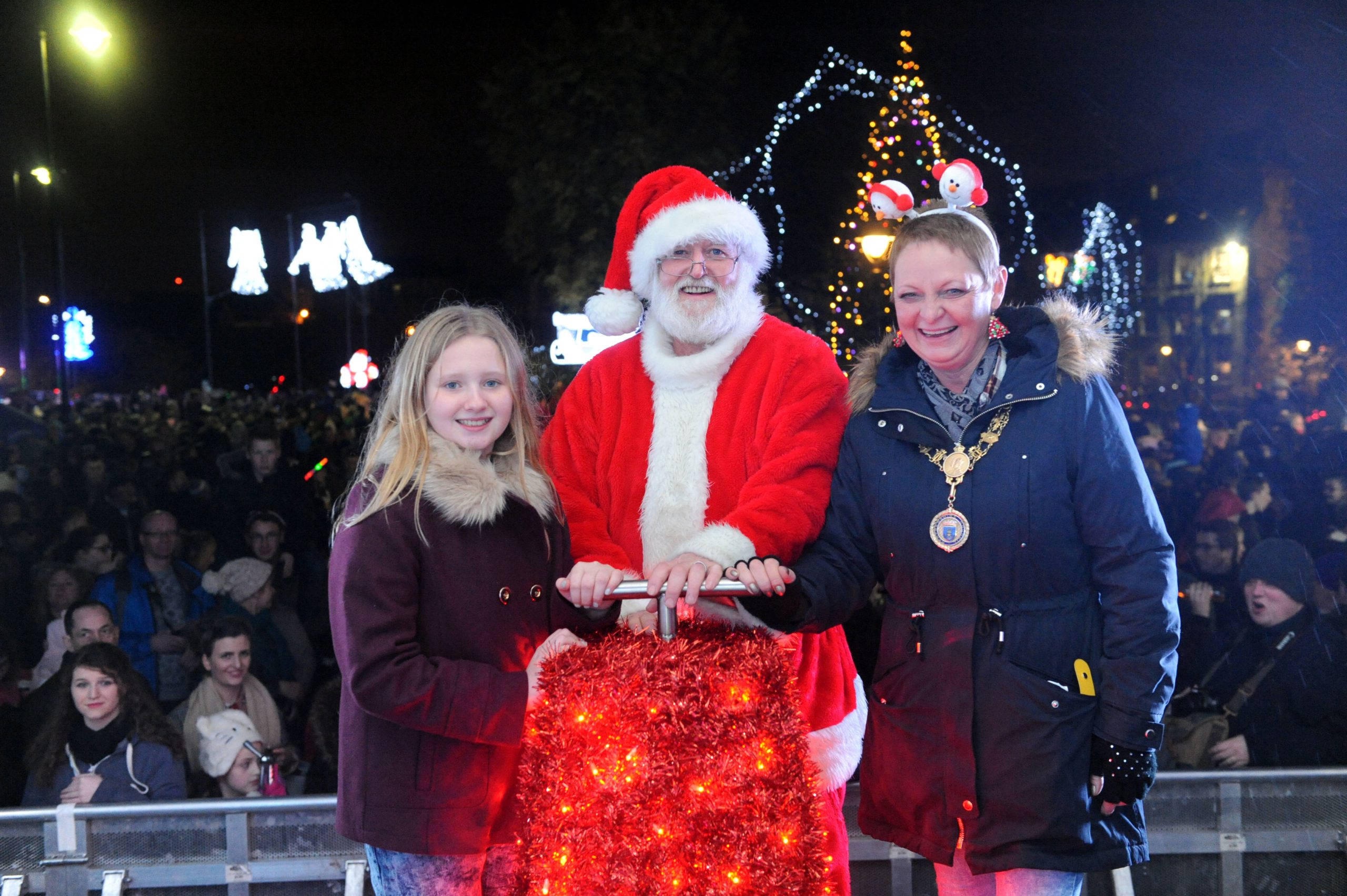 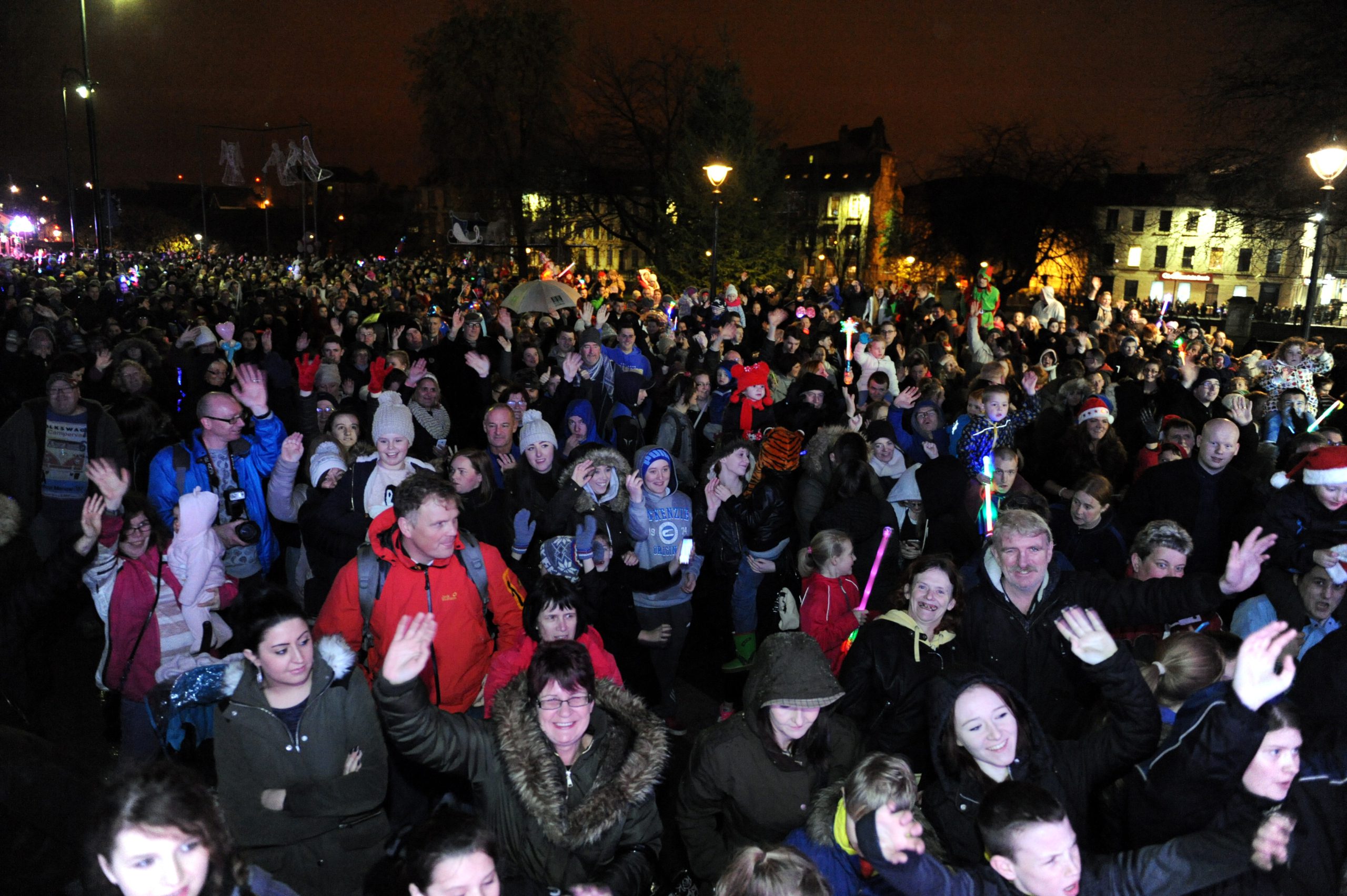 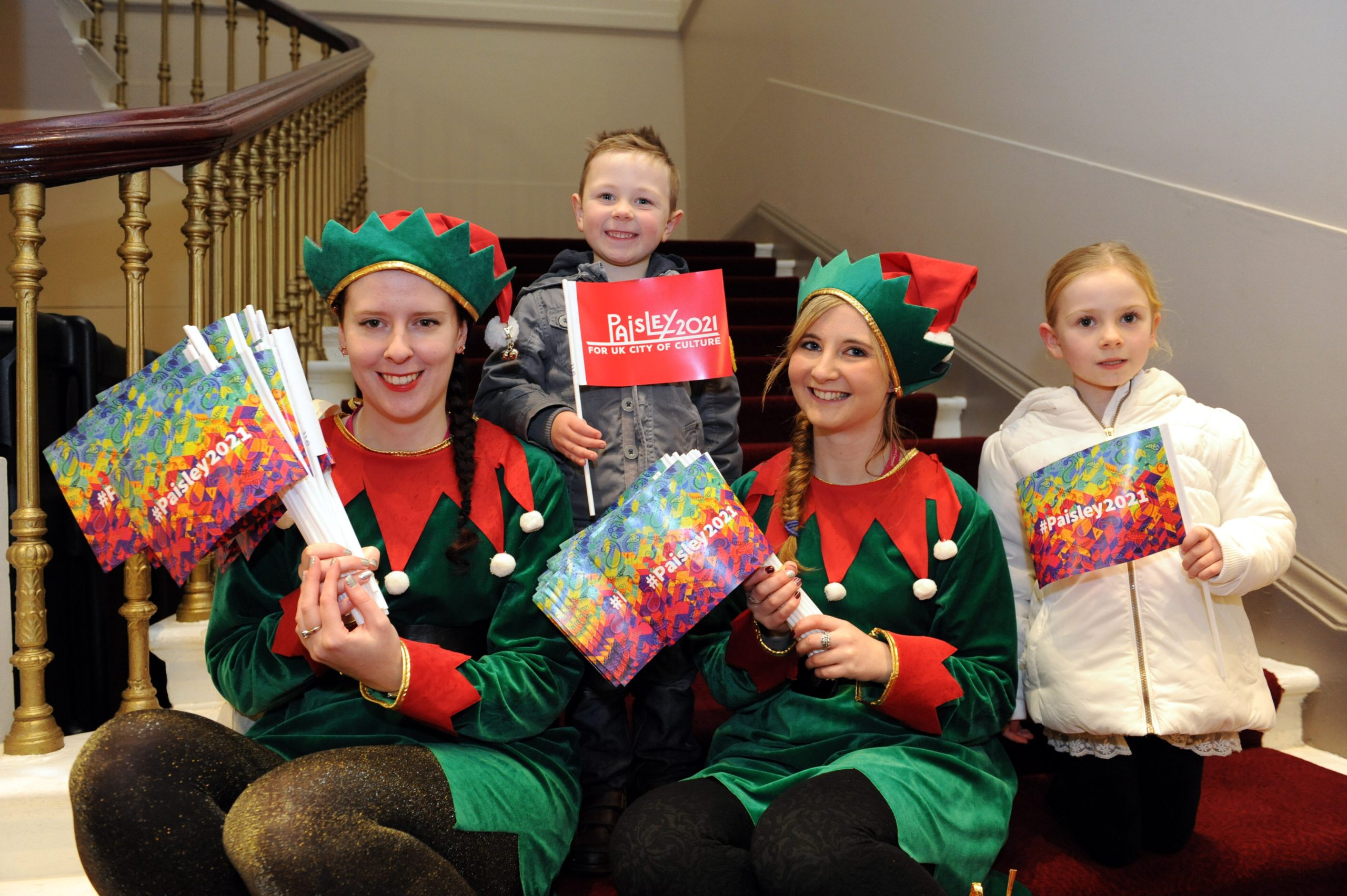 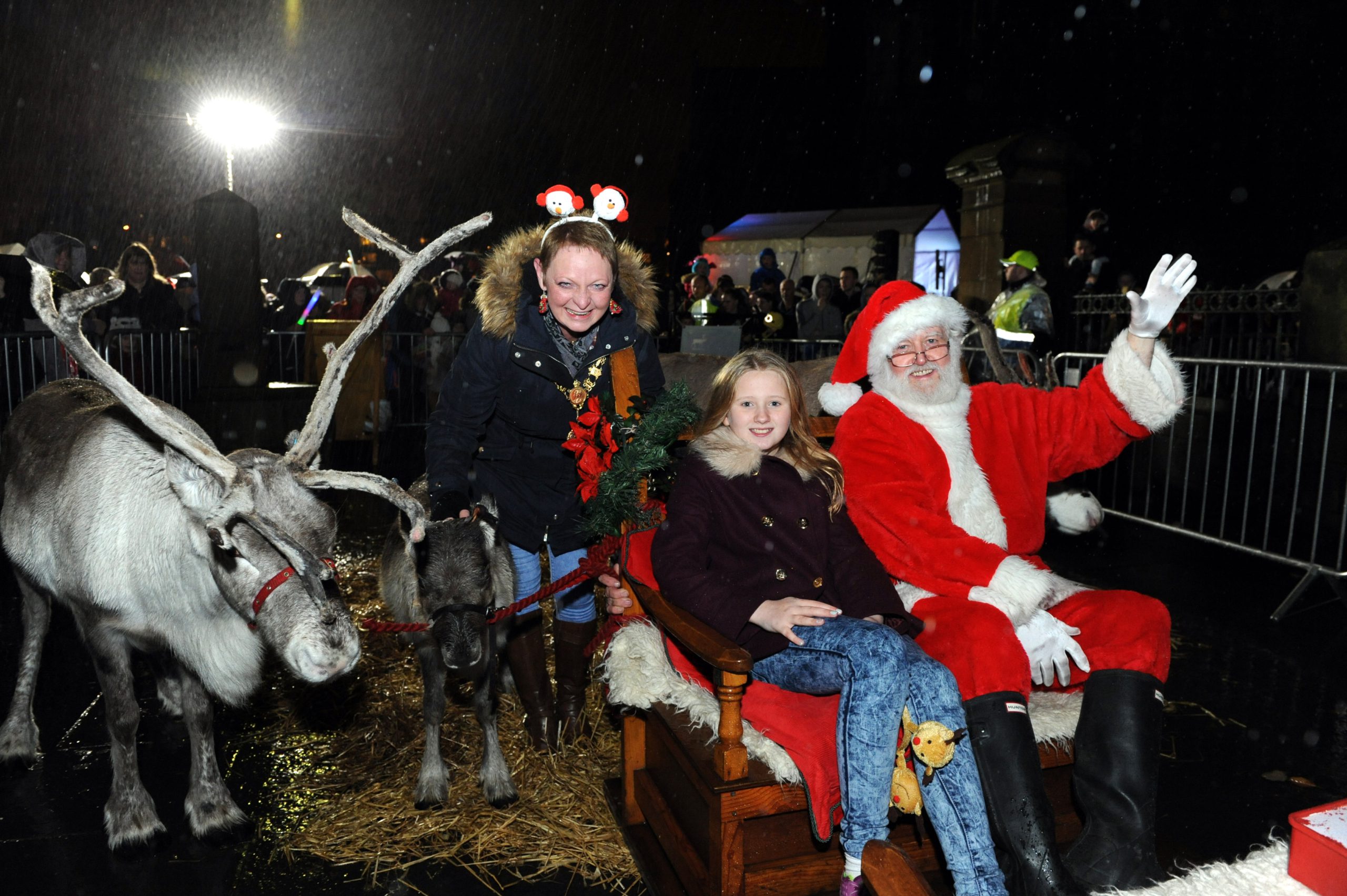 The switch-on had been rearranged from earlier in the month after the original event was cancelled in the aftermath of the Paris terrorist attacks, which occurred just hours earlier.

And Provost Hall said: “Given the circumstances and the short timescales involved, an event of the size of the original was never going to be possible.

“But staff deserve credit for being able to arrange a new event in such a short timescale.

“We wanted tonight to be all about traditional Christmas fun for the families – and there was plenty of that on show.

“We knew the people of Paisley would turn out in their numbers to see the lights go on and they certainly did – the kids’ entertainers were popular, as of course, was Santa.

“It’s always good to see the town centre looking so busy – we hold major events here so we can bring people in, with all the benefits that brings for local business.

“As we move forward with the town’s bid for UK City of Culture 2021 we look forward to having loads more going on.”

Glasgow News? Daily Updates part of our network
“The Best Christmas Yet” By The Burnt Bridges (with Starlight Youth...