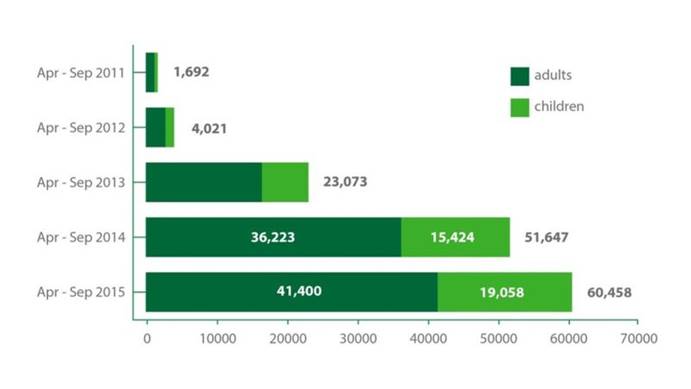 Gavin Newlands, the MP for Paisley and Renfrewshire North, has criticised the UK Government for presiding over an eruption in the demand for foodbanks in Scotland, after Trussell Trust figures show that foodbank use has increased by 3,473 per cent since 2011. “The demand for foodbank use in Scotland has shockingly soared by 3,473 per cent since 2011 under the Tory government’s watch. David Cameron and his cronies have created a contemporary crisis in modern Scotland whereby men, women and children are forced to rely on handouts in order to survive – foodbanks are no mistake, they are a Tory-made tragedy.

“Foodbanks and the thousands of people who support them are doing a phenomenal job and, in doing so, help stop people in our communities from going hungry. However, the undeniable truth is that there should be no food poverty in a country as rich as Scotland.

“Charities who work day-to-day at the coalface, like the Trussell Trust, tell us that benefit delays, low income and benefit changes are the reasons why people are forced to the doors of their local foodbank. The UK Government’s ideologically-driven assault on our social security system, dressed up as ‘welfare reform’, are to blame and they should be ashamed of themselves.

“The draconian policies of the Tory government – who were given a resounding vote of no confidence by the people of Scotland at the last election – are punishing cash-strapped families. The case has never been clearer for Scotland to be given full powers over welfare to champion a fairer social security system for our people.”

Spa’s birthday party with a difference
Scroll to top