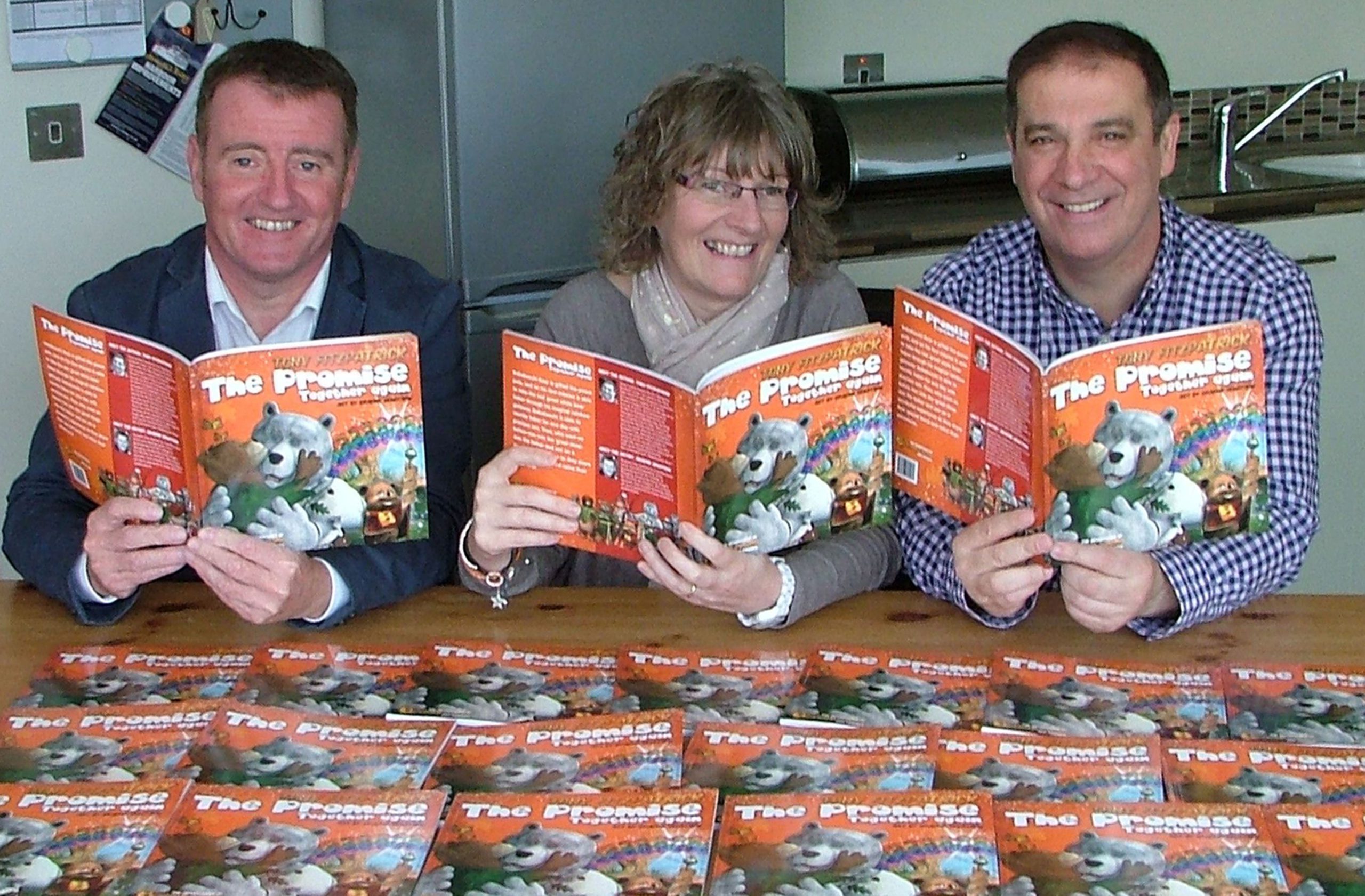 VISITORS to a holiday home for families of children affected by cancer are to be given a book written by St Mirren football legend that aims to comfort those suffering the loss of a loved one.

Lifelong Saints fan and businessman Ally Mitchell has bought 100 copies of Tony Fitzpatrick’s The Promise – Together Again and donated them to Calum’s Cabin, on the Isle of Bute.

Now families staying at the Calum’s Cabin and Cottage holiday homes, in Rothesay will be given a copy of the book featuring the adventures of Babakoochi Bear, which was inspired by the death of the footballer’s six-year-old son, Tony, junior from leukemia.

Fitzpatrick, who was made captain of St Mirren at only 17 by then manager, Alex Ferguson, played for Bristol City and went on to twice manage the Buddies, wrote the book hoping the heartwarming story will help youngsters – and adults – deal with the loss of a loved one.

Caroline and Duncan Speirs, from Rothesay launched the Calum’s Cabin charity to build a holiday home in memory of their 12-year-old son, Calum, who died from a brain tumour in 2007.
Helped by Calum’s twin sister, Jenna, the couple not only raised enough money to build Calum’s Cabin, but were also able to open a second holiday home.

The upkeep of the houses are entirely funded by the charity and families from all over the UK have spent time at the homes, creating happy and lasting memories of their time there.
Earlier this year, inspirational mum, Caroline was a guest on the Surprise, Surprise TV programme when Holly Willoughby told the nation of the hard work and dedication that led to Calum’s Cabin being built.

Ally, who runs Claymore Contracting Services, based in Greenock said: “Anyone who reads Tony’s book can’t help but take comfort from the story of Babakoochi Bear.

“It might first appear like a story for children, but any grown ups feeling the pain of bereavement should also read the book.

“Caroline and Duncan who run the Calum’s Cabin charity do a fabulous job giving families a little bit of happiness and respite in what can be a very stressful time.

“It was only right to bring together what Tony has created with his Babakoochi book and what Caroline and Duncan do for people affected by cancer.”

Caroline said: “Tony’s book could help many families who find themselves in sad and difficult circumstances.

“The Babakoochi story gives people the belief that although a loved one may have passed away they are not gone forever and their memory lives on.”

Tony said: “Ally has done a wonderful thing buying these books and donating them to Calum’s Cabin. It means that more people can find comfort in the Babakoochi story and that was the reason for me writing the book in the first place.”

Intu The Big Switch On
Scroll to top