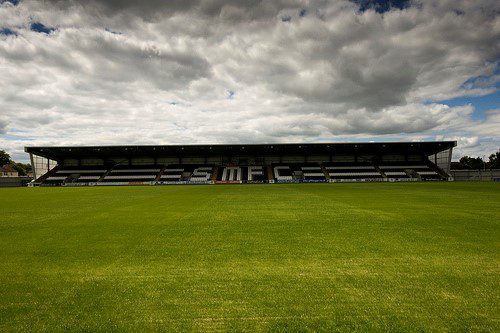 It is fair to say that the draw for the semi-finals of the Petrofac Training Cup could have been kinder to St Mirren, with a major scalp going to have to be claimed one way or another if another positive step on the trophy trail is to be taken.

Having booked their ticket to the last four with a crushing 4-0 victory over Dunfermline, the Buddies have been left hanging in their wait to discover who their next opponents will be.

They are, however, aware that they will face a trip to either Rangers or Livingston.

The Ibrox outfit’s desire to postpone their original quarter-final clash, with three players missing on international duty, tells you all you need to know about their ambition and desire to go deep into the tournament. Semi-final draw | So here’s a wrap of today’s #PetrofacCup semi-final draw from Hampden. What final do you predict? pic.twitter.com/sePvbPo3BN

Mark Warburton’s men opted to shuffle their pack and make do during the September break, but they were not prepared to take such risks with silverware on the line.

As a result, the rearranged fixture will now take place on Tuesday October 20, with the victors in Glasgow moving on to the next hurdle placed in their path.

Rangers, a club expected to compete for honours in each and every season, are unlikely to have things their own way in Glasgow, with Livingston looking to go back-to-back in the Scottish Challenge Cup.

That means St Mirren will either line up against the runaway leaders of the Scottish Championship, or the current holders.

They would unquestionably start as underdogs in Scottish football betting markets were they to end up with Rangers, but should fancy their chances against Livingston.

The 2015/16 campaign has not gone entirely to plan for the Buddies, with knockout football providing a welcome distraction from struggles in the league. But their potential semi-final opponents have found the going even tougher as they currently prop up the second tier table.

You would expect Livingston to be the favoured choice for Ian Murray’s men, but anything can happen in cup competition – especially when you get to the latter stages.

They would have much rather seen the lower league teams on the opposite side of the draw split up, with Scottish League 1 side Peterhead due to meet League 2 outfit Queen’s Park for the right to contest the final.

St Mirren will, however, be backing themselves to bring silverware back to Paisley – having tasted League Cup success in 2013 and last lifted the Challenge Cup back in 2005.

They will also be looking to use the next couple of weeks as a marker when it comes to trophy dreams, with their schedule – rather ironically – pitching them into battle with Livingston and Rangers over the coming fortnight.

Positive results will be sought in those fixtures, having already come unstuck to both foes in league and cup action this term. But Murray may well view the games as an opportunity to show his hand and piece together a plan of attack for when his men travel to either Ibrox or the Almondvale Stadium on the weekend of November 14/15.