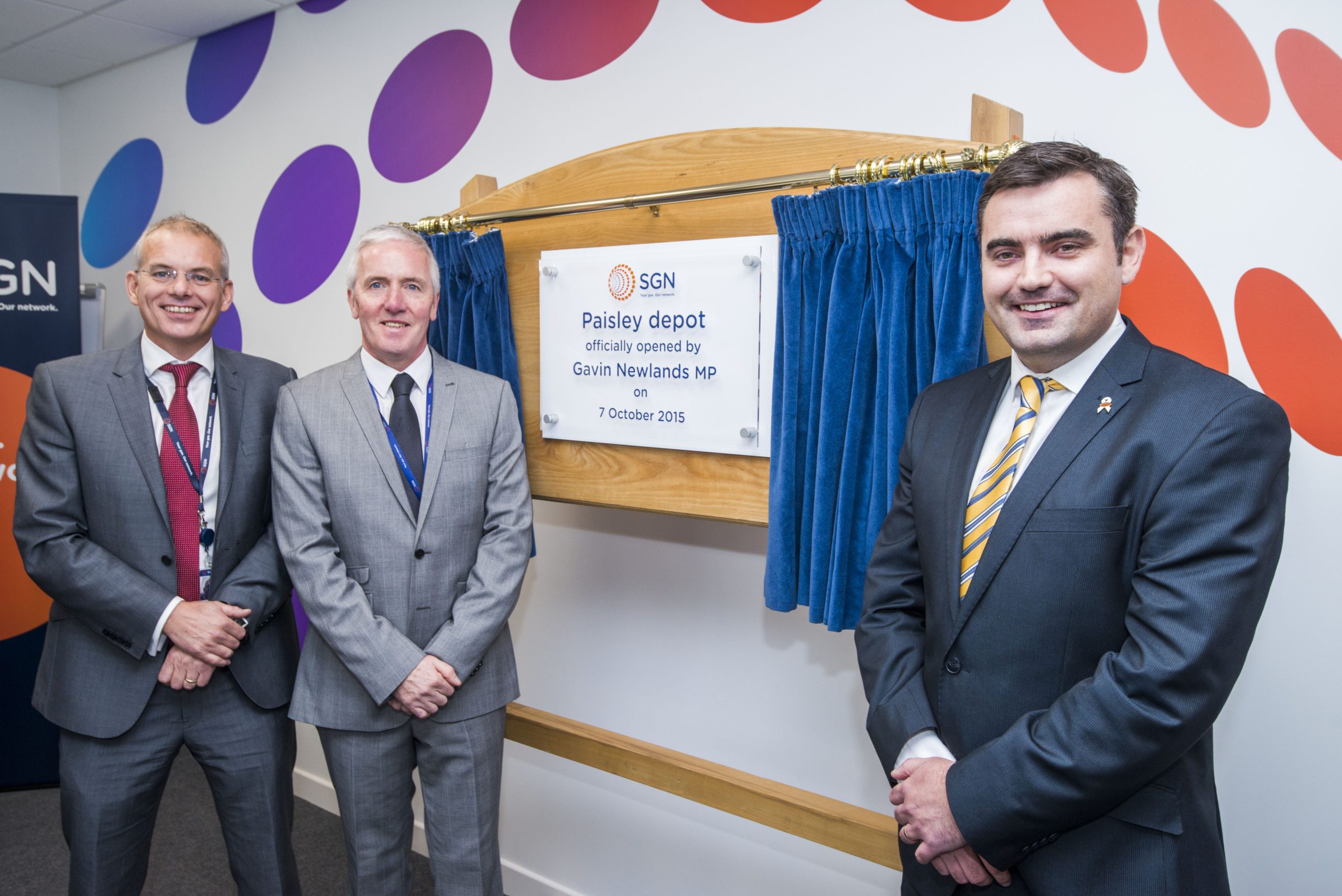 SGN owns and operates the gas distribution network in Scotland, delivering gas to around 75 percent of Scottish households. Our Paisley depot covers the west of Scotland from Garelochead in Argyll and Bute, to Girvan in South Ayrshire. It also includes Scotland’s largest town Paisley, as well as the Isle of Bute and the Cowal Peninsula.

The new build depot and stores provide a new base for 186 employees. During his visit Mr Newlands, the MP for Paisley and Renfrewshire North, met some of the employees who work in the depot’s emergency repair, mains replacement, connections and admin teams. He also saw demonstrations of some innovative gas mains replacement techniques which we use to keep disruption to a minimum for our customers.

He then spent some time talking to some of the depot’s apprentices during his visit, and was interested in how we develop the careers of our young people.

Gavin Newlands MP said: “I was thoroughly delighted to officially open the new SGN depot in Paisley – it was great to have the opportunity to meet the dedicated staff, be given a tour of the new facility and hear about the exciting plans that are in the pipeline for SGN.”

SGN General Manager of Paisley depot, Stephen Campbell said: “We’re really pleased to have made the move into this area and are looking forward to continuing our work in the west of Scotland out of our new base. This has been a special day for both Paisley depot and our company.”