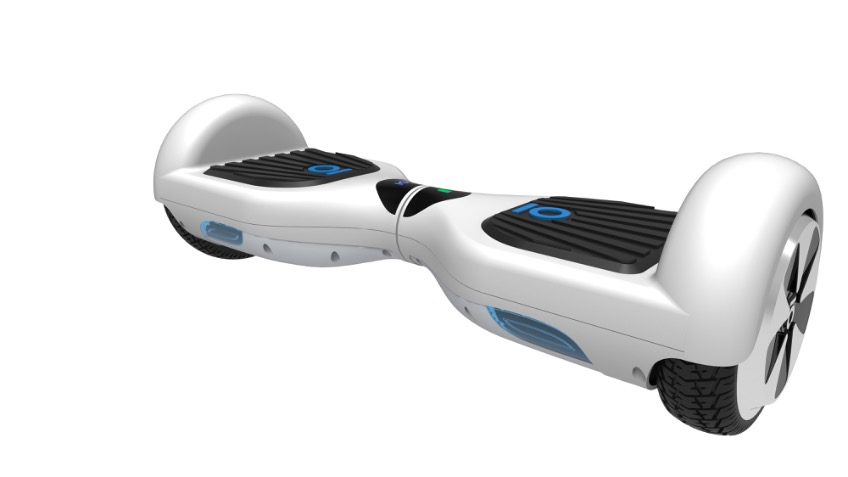 It’s the time of year when the toy and gadget industries try their hardest to promote their must-have Christmas presents and, for 2015, it looks as if hoverboards, also known as swegways, are at the top of many a letter to Santa.

In 1989, Marty McFly (Michael J. Fox) and Dr Emmet Brown (Christopher Lloyd) travelled Back to the Future – to 21 October 2015. Fans of the film who envied Marty’s hoverboard might be pleased to see the gadget on sale, for real, in 2015. They don’t come cheap though, with reputable versions costing around £400. But this latest craze has created a market in cheaper versions that are dangerously substandard and could result in injury, death or fire.

Renfrewshire Council’s Trading Standards Team, working with HMRC Border Control, recently detained two separate shipments of hoverboards at Glasgow Airport. 210 boards were bound for the Scottish market where they were expected to appeal to children, skateboarders, gadget enthusiasts and fans of the Back to the Future films.

However, the boards detained by eagle-eyed officials, are dangerous. Their plugs are seriously flawed. They have no fuses, are so small that they need to be forced into – and prised out – of sockets, and they are so flimsy that the pins break very easily. The adaptors supplied with the boards are also untested and likely to be inadequate. All these flaws create real risks of fire, electrocution and injury.

Buyers who think that changing the plug to a fused, more substantial model will make their hoverboards safe, could be making a dangerous mistake. The devices and their components have not been subject to any testing to prove their compliance with safety standards. A new plug will not compensate for any potential faults in the hoverboards.

Despite being marketed as being for people who weigh as little as 20 kilograms (3 stones) these hoverboards pose a very real threat to children. The boards run on 36 volts when children’s toys are limited to a 24 volt supply. They also carry no safety advice recommending that riders should wear helmets or protective clothing.

Councillor Eddie Devine, Convener of Renfrewshire Council’s Environment Policy Board, said: “There’s a lot of pressure on parents at this time year to make their children’s Christmas dreams come true but these hoverboards could turn the holidays into a nightmare. If you’re going to buy one of these, get it from a reputable shop, be ready to pay the full price, ensure that the plug and transformer – as well as the board itself- all comply with British standards and that check it for batch numbers, serial numbers and the EC safety mark. If you’re buying one for a child, ensure that the motor runs on no more than 24 volts and take all precautions with protective clothing. Do not buy a hoverboard from any dubious source, online auction or listings site.”

Renfrewshire Council’s Trading Standards Team is keen to identify any dangerous hoverboards in the area. Councillor Devine continued: “We want to help keep people safe. If you’ve bought or been offered a hoverboard with what looks like a dodgy plug or if you’ve seen any advertised at a bargain price, please phone Trading Standards in confidence on 0300 300 0380. No one need know you’ve called and you could be saving someone from severe injury. ”