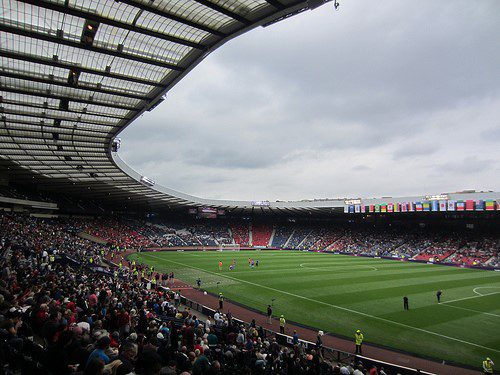 Copyright by daniel0685
With another qualification campaign having reached a conclusion, now is the time to reflect on the events of the past 15 months.
For Scotland, it is difficult to shake the sense of déjà vu which accompanies the end of a quest which promised much, but delivered little.

Thank you to all of the Scotland fans for their support throughout the @EuroQualifiers campaign. #WeAreScotland pic.twitter.com/9ZMxcb1FIC

As always, hope and optimism sprang eternal back in September 2014, with early showings helping to build expectations, but ultimately there was to be no happy ending and the wait for major tournament competition is now guaranteed to drag on until at least the 20-year mark.

Big decisions face the Scottish Football Association, with calls about to be made regarding in which direction the nation will head.

Gordon Strachan’s contract is about to expire, but has he done enough to earn another?

Back in 2013, when he inherited the managerial reins, Scotland had peaked at 34 in the FIFA World Rankings, but have now slipped to 40th spot.

Not a dramatic fall from grace, but one which unfortunately reflects the direction in which results have been heading.

There is, however, plenty to be said for continuity, and Strachan certainly appears to have the support of his players, while there have been times during the course of his reign in which the corner appeared as though it may be turned.

Looking ahead, there is also a favourable – on paper, at least – group awaiting in 2018 World Cup qualifying. There are home and away dates with England to look forward to – which are sure to whet the appetite of paying punters and those fancying a flutter on the betting exchanges of betfair – while meetings with Slovakia, Slovenia, Lithuania and Malta should not hold too much fear and must be approached in a positive frame of mind.

Strachan has so far remained coy when discussing his future plans, but he is clearly leaving the door open for his employers at the SFA to open talks regarding fresh terms.

He said in the wake of a 6-0 victory over Gibraltar: “I am so proud to be the Scotland manager. It’s a great job. There are disappointments along the way, that’s for sure, but it has been a fantastic experience.”

It is now a case of will he or won’t he, should he or shouldn’t he? Whatever the answer to those questions may be, here are five games which could be used to define Strachan’s Scotland tenure.

Having been appointed on January 15th 2013, Strachan made a rather inauspicious start to life in the national hot-seat, with a 1-0 victory over Estonia in his first outing followed by back-to-back defeats at the hands of Wales and Serbia in 2014 World Cup qualification. This was, however, a settling in period for all concerned and the early detractors were to be silenced in the best possible way on the road in Zagreb. A patchwork side stunned the hosts in their own backyard, with an opportunist effort from Robert Snodgrass inflicting a first home defeat on Croatia in 48 qualifying contests – while also offering the promise of more to come as focus began to shift past another absence from major finals competition in Brazil.

A little over two months later, the travelling Tartan Army descended on Wembley for a first meeting with the Auld Enemy in 14 years. It may have been a ‘friendly’, part of the English FA’s 150th anniversary celebrations, but there was plenty riding on the contest – not least for the bosses of both sides. Strachan saw his men give as good as they got, rocking England with two efforts from James Morrison and Kenny Miller. Unfortunately, a narrow lead was to be squandered on both occasions and the hosts hit back to run out 3-2 victors. Once again, though, Scotland had demonstrated what they were capable of, with the big occasion seemingly bringing the best out of them.

The same could be said a year down the line, as Scotland opened their Euro 2016 campaign against the newly-crowned world champions. A trip to Germany was always going to be testing, and few outsiders gave the Scots much of a chance, but – unbeaten in six outings heading into the game – a spectacular solo effort from Ikechi Anya offered them hope of claiming an unexpected point, with the hosts requiring a brace from Thomas Muller to get over the line. Scotland also pushed Joachim Low’s side close at Hampden Park in the return date, despite being 15/2 outsiders before a ball was kicked, with another brace from Muller edging them out 3-2.

Scotland were on a roll by this stage, with Strachan having been able to get his message across and instil renewed belief in a side that had found themselves short on such emotions for too long. Following the defeat to Germany on matchday one, the Scots were able to take 10 points from the next 12 on offer, while coming unstuck only once – against England – in a productive eight-match run. The highlight of that sequence was a narrow victory over Ireland, with a superb goal from Shaun Maloney seeing them edge an enthralling contest. Expected to compete with the Irish for a top-three spot in Group D, this result offered Strachan’s men the upper hand and had a nation daring to dream.

Having finished the campaign three points adrift of Ireland in fourth place, just two goals down on goal difference, it is impossible to ignore the significance of this result. Scotland had looked a little ragged during a 1-1 draw with the Irish in Dublin, but still had their fate in their own hands. Hindsight is a wonderful thing, but victory in Georgia would have been enough to secure a play-off spot – with it possible that head-to-head records could have come in to play – but it was not to be as a first blank in 13 matches under Strachan, coupled with a first-half goal from Valeri Qazaishvili, condemned them to a 1-0 defeat and allowed Ireland to assume control of position they would not surrender.

The story of the Barrel and Cart
Scroll to top