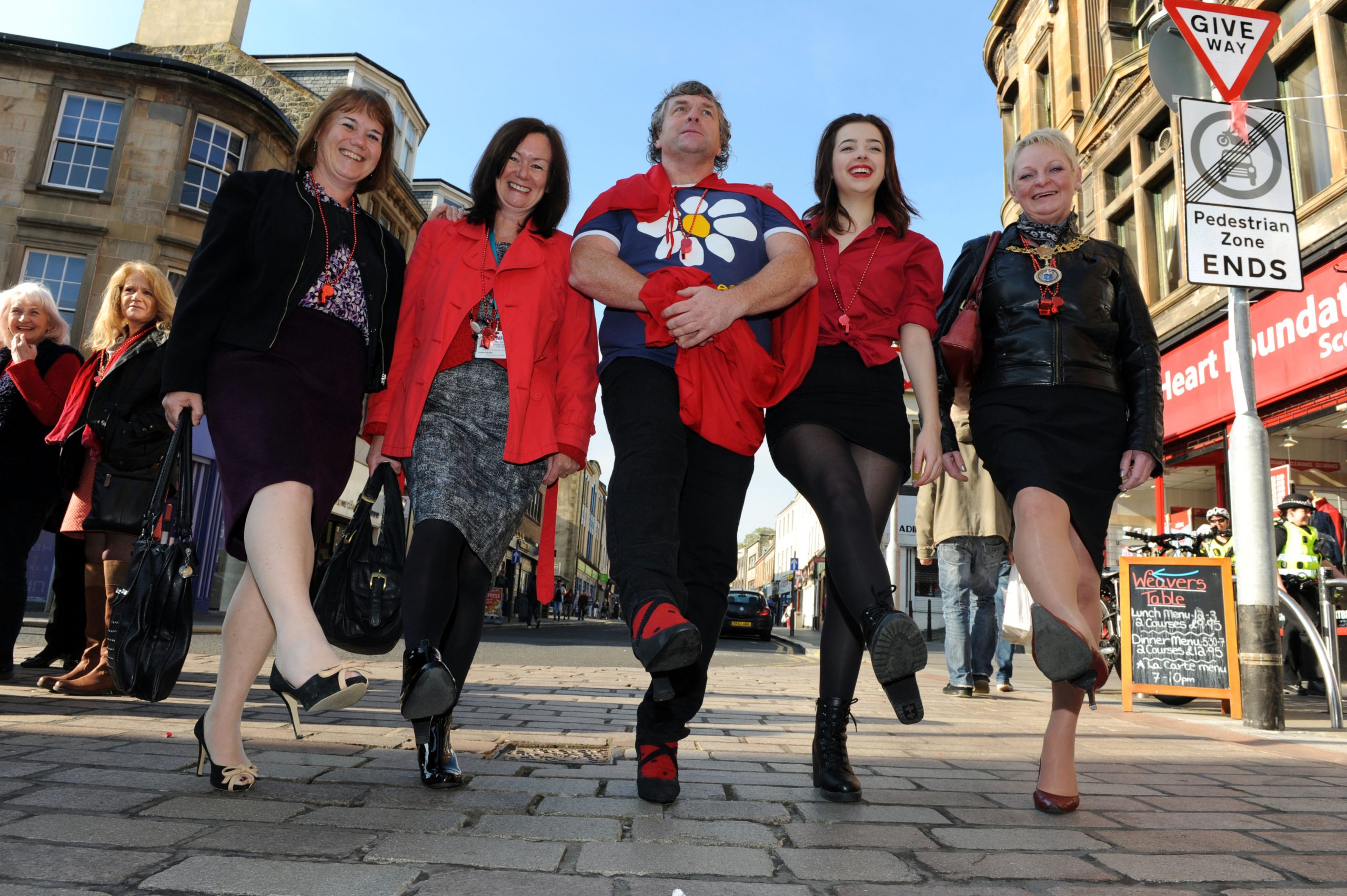 Renfrewshire’s men donned high heels and walked the length of Paisley High Street to support the ‘Walk a Mile in Her Shoes’ campaign.

The High Street was awash with red as supporters of the campaign, men and women alike, marched to end sexualised violence against women.

Supporters signed a pledge to continue to talk about the issue and work together to change attitudes within society. There was also a poetry reading which engaged the audience with a unique, thought provoking take on the issue.

The distinctive approach to the event aims to raise not only a smile but also awareness of sexual violence and encourage discussion over a subject which is often seen as taboo within society.

Men were encouraged to wear high heels to symbolise facing the experiences that women must tackle in modern culture. 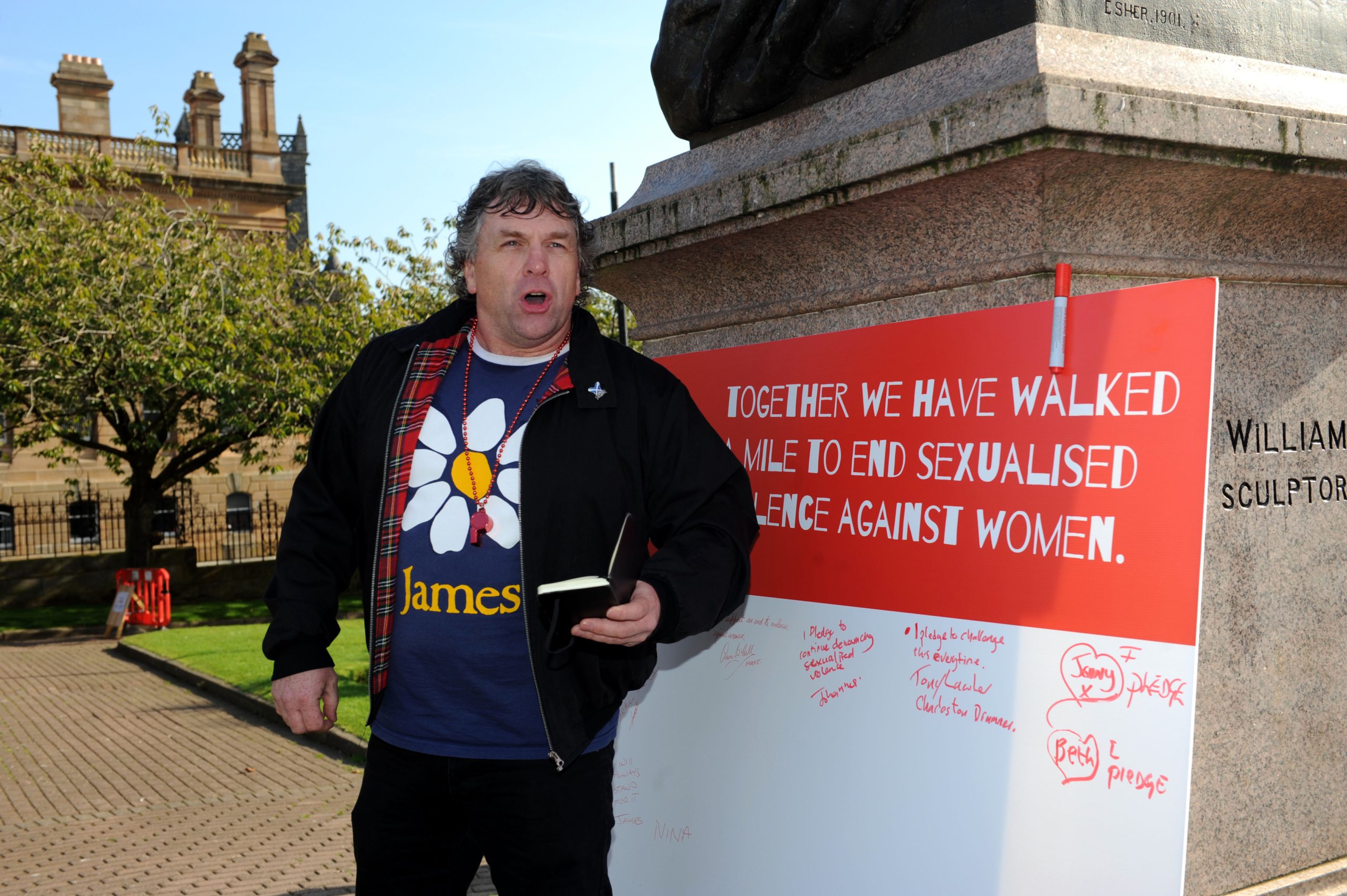 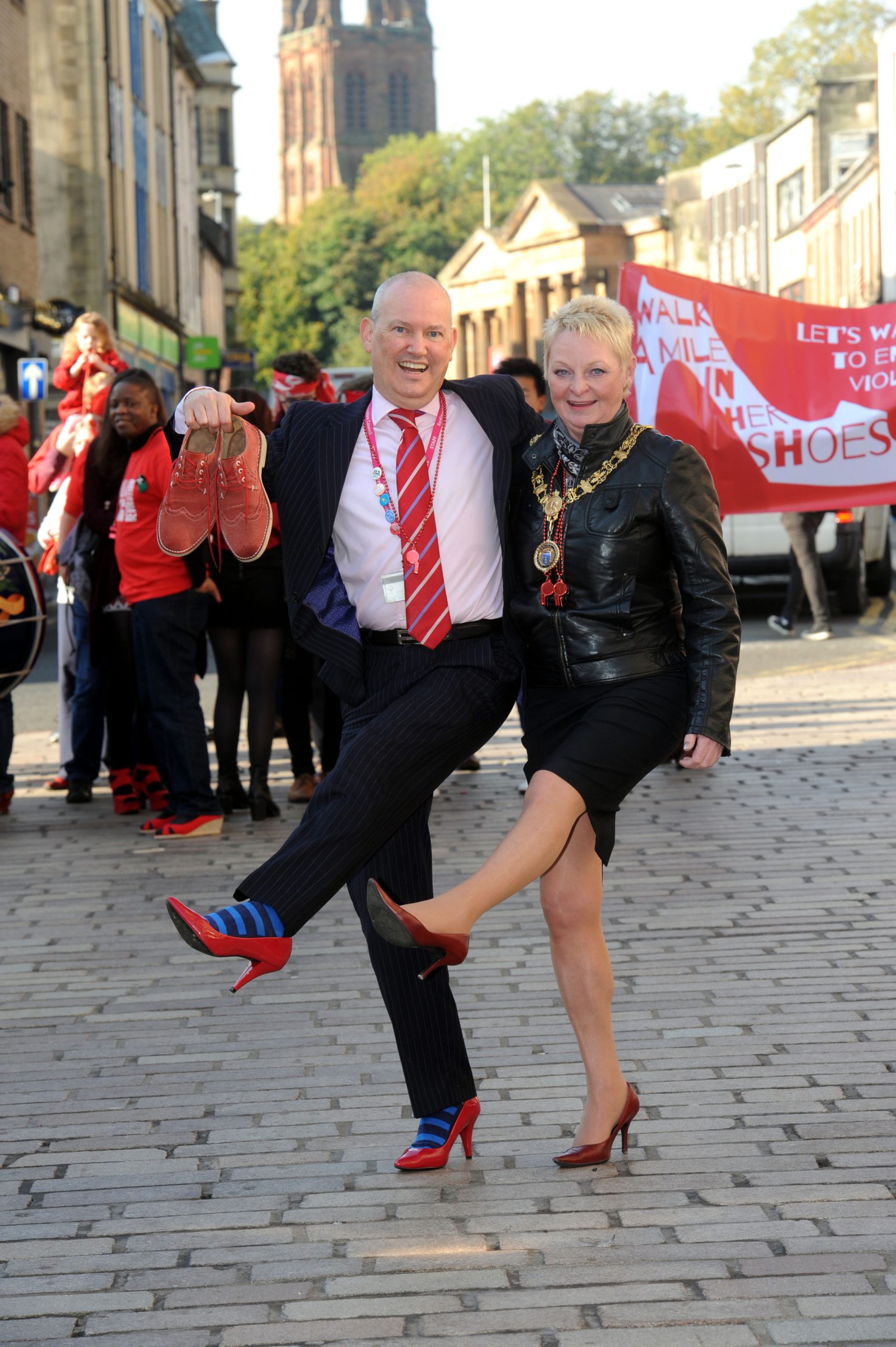 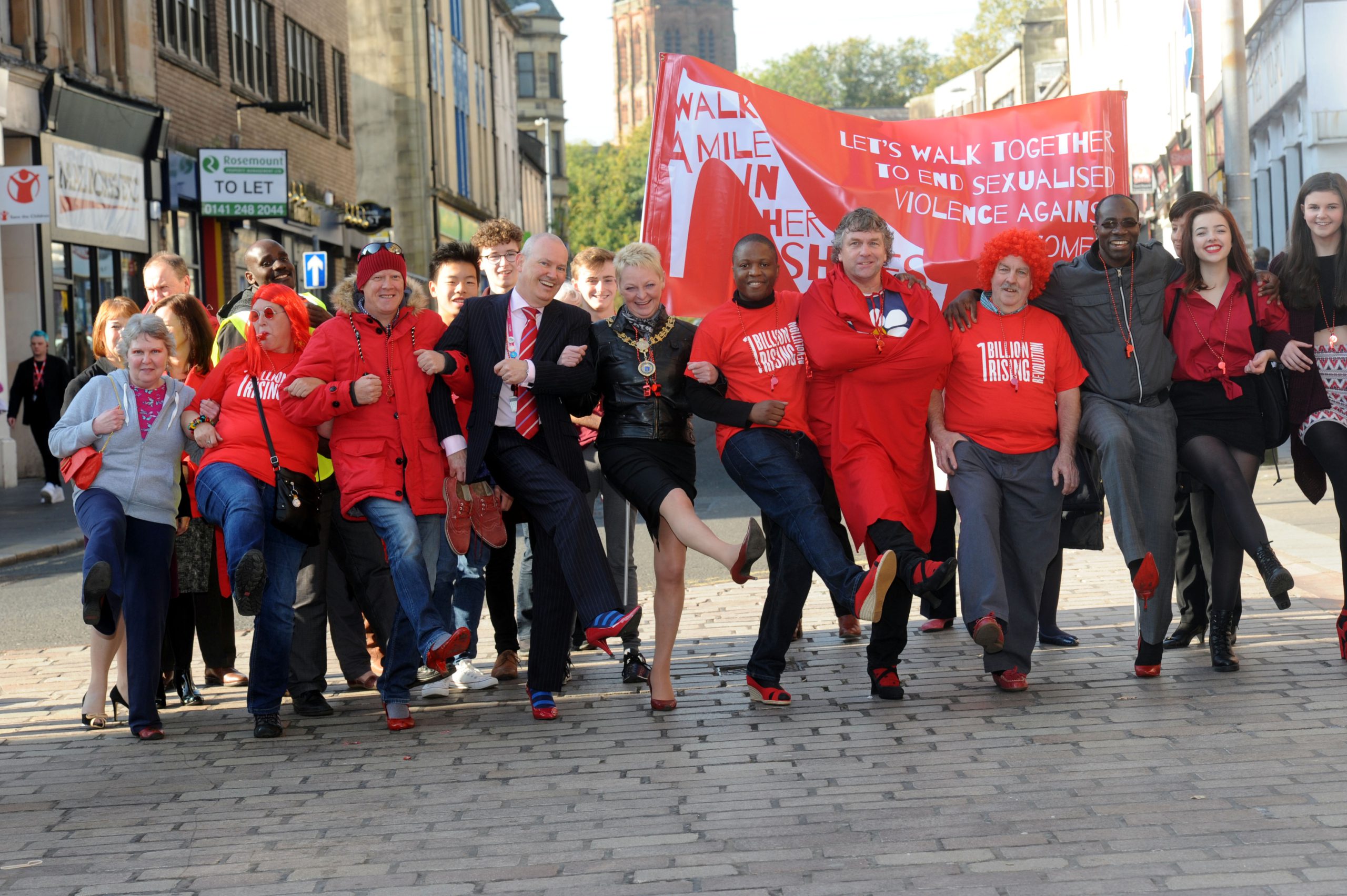 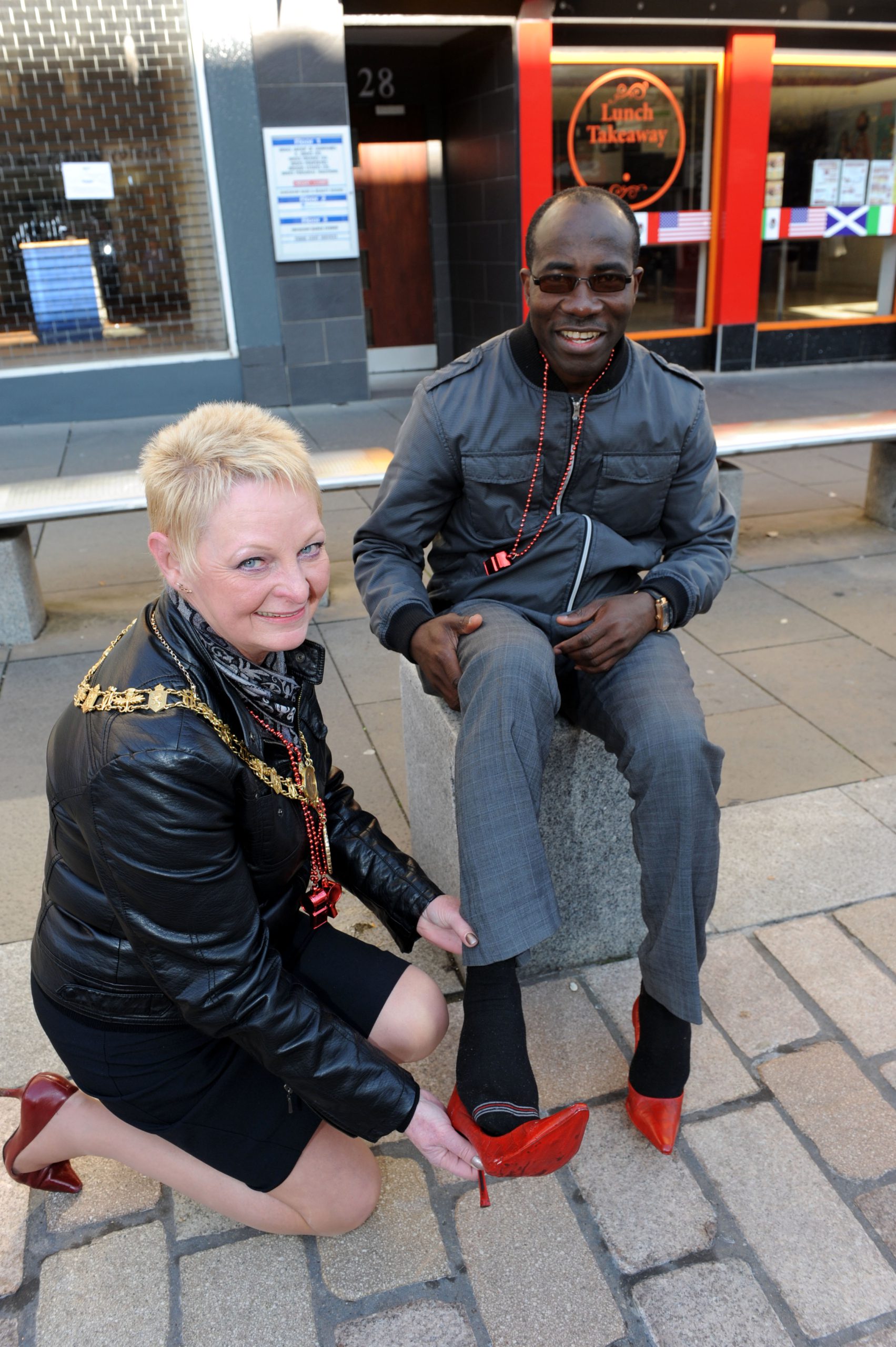 One in three women worldwide report that they have experienced some form of physical or sexual violence. The campaign aims to create a stronger and safer society where this will not continue.

Renfrewshire’s Provost Anne Hall took part in the march and gave a speech about the importance of the occasion: “Our march today will raise awareness that sexualised violence against women is unacceptable in any society and we will not tolerate it in Renfrewshire.

“While the sight of men in high heels may be unusual, it is an extremely visual way of raising awareness and we need to make people understand the severity of the subject matter.

“We must all work to eliminate the risk of violence being a part of any relationship and events such as today help bring the issue to the forefront of people’s thoughts.”