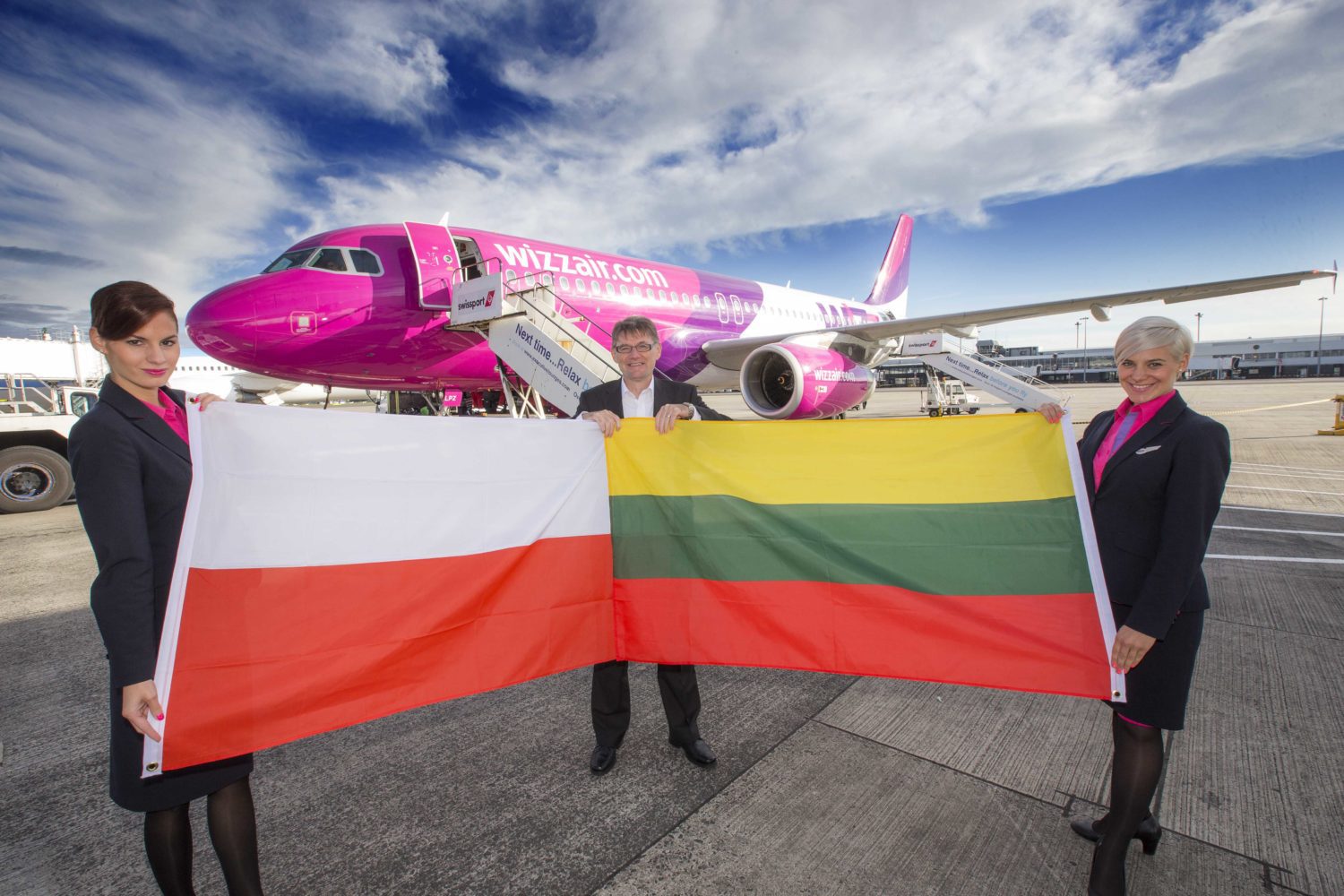 Wizz Air launched its first direct flights to the Lithuanian capital of Vilnius and the Polish city of Lublin from Glasgow Airport.

It is the first time both cities have been served as destinations from Glasgow Airport and Wizz Air will now operate a year round, twice weekly service to the two locations.

Vilnius is the second biggest city of the Baltic states and is renowned for being home to one of the largest surviving medieval quarters in Europe. Its Old Town contains almost two thousand medieval, gothic, renaissance, and baroque buildings, and it was added to the UNESCO World Heritage list in 1994.

Wizz Air first moved to Glasgow Airport in March 2013 and the addition of these two new routes brings the total number of destinations it serves from Glasgow to eight. It currently operates services to the Polish cities of Warsaw, Poznan, Katowice and Gdansk and the Hungarian capital, Budapest. Last week it announced it will begin a new route to the Romanian capital of Bucharest in 2016.

Paul White, business development manager at Glasgow Airport, said: “This is yet further good news from Wizz Air which has gone from strength-to-strength since its arrival at Glasgow Airport two years ago. It has continued to respond to demand by adding direct flights to popular European destinations and these two new services will no doubt prove extremely popular with our passengers.”