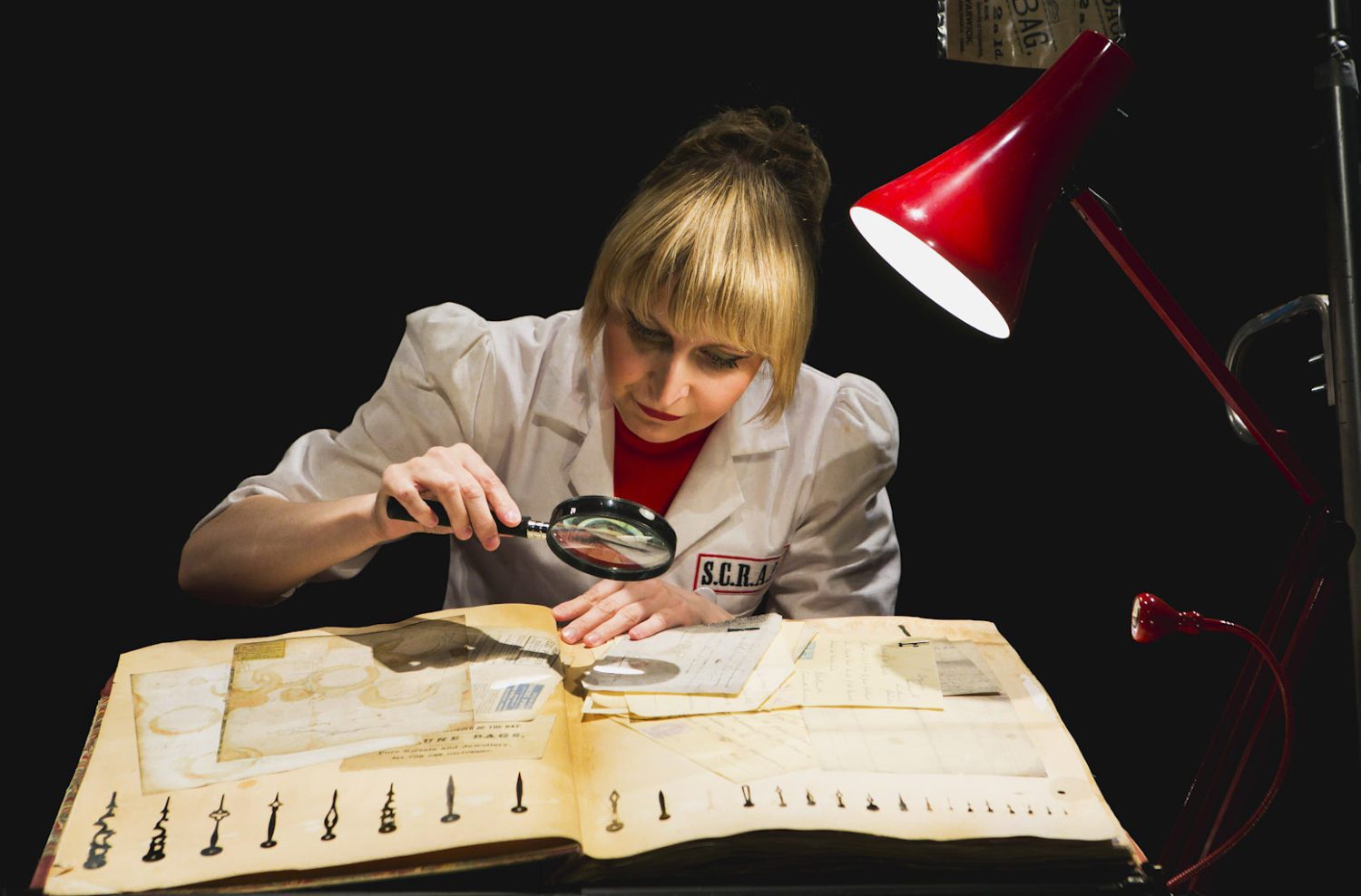 Back in Scotland, Shona Reppe and Andy Manley created a hit at the Edinburgh Fringe 2014 with Huff. Part of the Made in Scotland showcase, Huff won a Herald Angel and the Critics Award for Theatre, Best Production for Children and Young People.

This summer Shona has created Magic Sho which will visit Paisley Arts Centre on Saturday 3 October.

“I have always used a few magic tricks in my shows, but in making this show I found myself more interested in the magicians themselves so with the guidance of Magician Kevin Mcmahon of Edinburgh’s Magicfest we went to the Blackpool Magic Convention which is nothing short of amazing! Surrounded by magic tricks and magicians of every kind it was a real eye opener. I wanted the show to reflect this world of obsession and illusion (and luckily for me a lot of sparkle). It has been a challenge to learn magic alongside creating a new show – but fun and maybe I’ll even join the Magic Circle one day!”