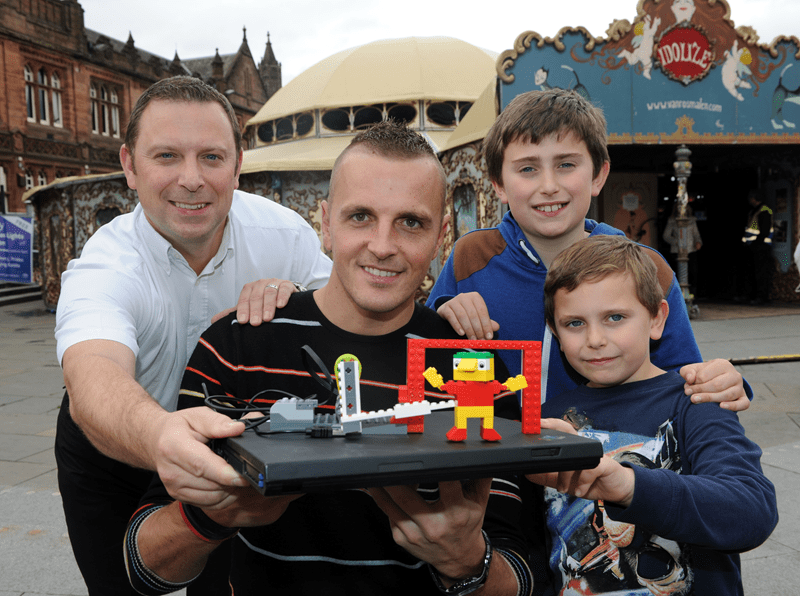 Renfrewshire kids are gearing up for a fun-packed October school holiday – with a full programme of children’s events planned as part of Paisley’s Spree festival.

The annual extravaganza of music, comedy and more – on between 9 and 17 October – will also include family fun at various venues around the town.

Highlights taking place while the schools are off include daily Let’s Do Robotics with Lego workshops in the specially-erected Spiegeltent in County Square. Also in The Spiegeltent is another set of free daily drop-in workshops based around popular fantasy video game Minecraft, where visitors have to storm a Spree castle in search of treasure.

Other children’s events taking place during The Spree include:

– Jurassic Adventures (Saturday 17 October, Paisley Town Hall, tickets £12) which was created by the team behind Disney on Ice and is set on a magical island, which will transport families back to a prehistoric age;

For more information, a full list of dates and times, or to buy tickets for any of these shows, visit www.the.spree.co.uk

There will also be comedy from Des McLean as well as two Best of Scottish Comedy nights run with The Stand Comedy Club.

The festival is run by Renfrewshire Council as part of the build-up to Paisley’s bid for UK City of Culture 2021.

Renfrewshire Council Leader Mark Macmillan said: “The Spree programme has something for people of all ages – and I would encourage parents to check out the full programme as there is plenty to help keep kids occupied during the October week.

“The Spree is now in its fourth year and in that time has fast established itself as a must—not-miss date on the area’s cultural calendar.”