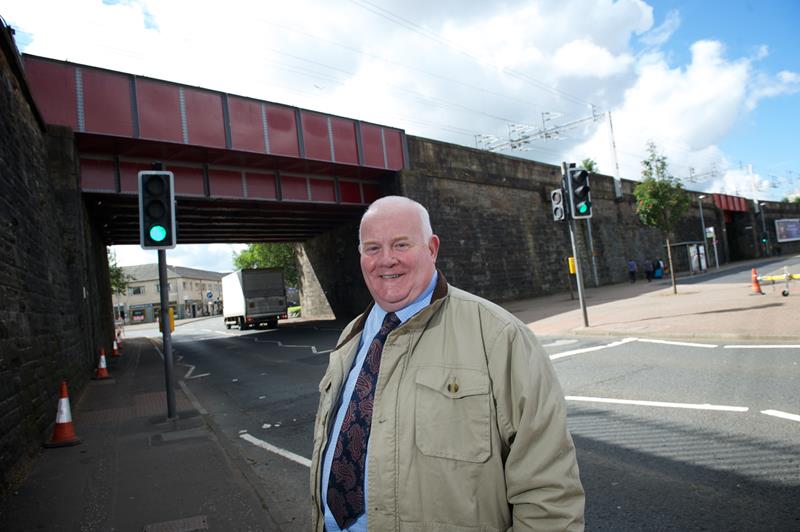 Renfrewshire Council has welcomed Network Rail’s £100,000 facelift for bridges and buildings it owns in Paisley’s Weir Street and Incle Street.

The work included painting the rail bridges at Weir Street and Incle Street and removing the foliage from the Network Rail owned buildings on Weir Street. Councillor Eddie Devine, convener of Renfrewshire Council’s Environment policy Board said, “It is excellent to see companies that own important parts of Paisley’s infrastructure taking action to preserve them and improve the image of the town.

“Paisley town centre has the second-highest concentration of listed buildings in Scotland. That fantastic architectural history is at the centre of the Council’s ambitious regeneration plans.”

“The bridges on Incle Street and Weir Street are often the first things that visitors see when they are driving in from the M8 or coming out of Paisley Gilmour Street Station.

“The station is a Category B listed building and is the fourth-busiest railway station in Scotland. It backs onto Weir Street so it is very important that it is properly looked after.”

Glasgow News? Daily Updates part of our network
A remarkable way to sell your hotel room in Paisley