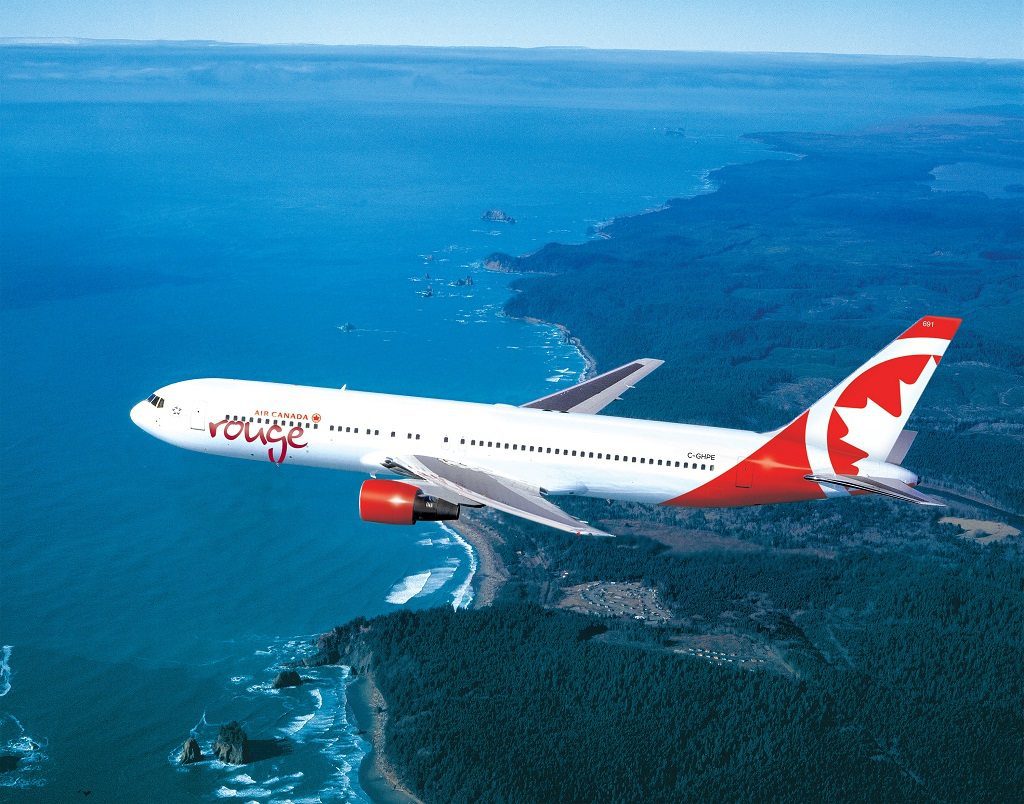 GLASGOW, 9 September 2015 – Air Canada today announced new seasonal non-stop flights from Glasgow Airport to its Toronto hub, Toronto Pearson, beginning in summer 2016. The route will be operated by Air Canada rouge, its leisure carrier, and provide Scottish customers with convenient options when travelling to Canada for leisure or business. The new service between the two cities will operate three times per week from 14 June to 25 September 2016. The flights are conveniently timed to connect with Air Canada’s extensive network across the Americas. Fares start from £400.60 roundtrip, including taxes and are now available for purchase at www.aircanada.com or by calling 0871 220 1111 and also through travel agents.

Air Canada rouge is designed to offer exceptional customer service, a relaxed in-flight environment and a host of Air Canada benefits. The Glasgow-Toronto route will be operated by 280-seat wide-body Boeing 767-300ER aircraft offering a choice of premium and economy cabins. Premium rouge customers can benefit from an enhanced meal service with carefully selected wines and beverages on fine dish- and glassware as well as a hot towel and snack service. Customers seated in rouge and rouge Plus will be served a complimentary hot meal with a selection of non-alcoholic beverages. Air Canada rouge flights offer customers streamed wireless inflight entertainment to their own personal electronic devices, stylish and modern cabin interiors with innovative new seats, and the ability to earn and redeem Aeroplan miles.

“We are pleased to offer our Scottish customers even greater access to Toronto and beyond with direct flights from Glasgow next summer,” said Margaret Skinner, Air Canada’s Director, Sales – Europe. “These additional flights complement our existing summer service from Edinburgh, offering convenient connections to destinations across North, Central and South America as well as the Caribbean through our Toronto hub.”

Francois Bourienne, Commercial Director at Glasgow Airport, said: “The decision by Air Canada rouge to introduce a direct service between Glasgow and its hub in Toronto is fantastic news for the airport and for Scotland. Not only will its arrival further strengthen our long haul connectivity, it will enhance our links with what is the world’s largest group of airlines, Star Alliance. Canada has always been a hugely important market for Scotland and passengers will be able to take advantage of Air Canada’s extensive route network throughout the Americas. The new Toronto service will also help generate significant inbound tourism for Glasgow and we look forward to welcoming the airline on board next year.”

Minister for Transport and Islands Derek Mackay said: “I congratulate both Glasgow Airport and Air Canada on the announcement of this new route, which will no doubt prove popular with both business travellers and tourists. Direct services like this provide Scottish companies with improved access to international markets and make Scotland even more attractive as a tourist destination, helping to build on the historic and cultural bonds between our two countries. I look forward to welcoming the first visitors from Toronto when the new service takes off next summer.”

VisitScotland Chairman Mike Cantlay said: “Today’s announcement of another exciting new air route into Scotland is brilliant news – not least given Air Canada’s membership of Star Alliance, one of the world’s greatest airline networks. Glasgow will now enjoy enhanced links across the Atlantic, and Scotland will be able to welcome even greater numbers of visitors from across Canada and beyond.

“Strong ancestral and family bonds mean that Canada is a major inbound tourism market for Scotland, and new reasons to visit like the interest stimulated by the Glasgow 2014 Commonwealth Games and the avidly-watched “Outlander” TV series, mean that we are in a good place to generate more visitors to Scotland. Air Canada rouge has been an important partner for us and we are working to ensure that partnership continues to drive additional benefit for the Scottish economy.”

Scott Taylor, Chief Executive of Glasgow City Marketing Bureau, said: “This is a welcome announcement by Air Canada, one which will further strengthen our connections in this key international market and provide a real boost to tourism and business in Glasgow and Toronto. There will undoubtedly be strong demand for this service, which will improve Glasgow’s global competitiveness by providing passengers with greater worldwide connectivity through the extensive Star Alliance route network.

“Glasgow and Canada enjoy close cultural and historic ties and, building on the legacy of the Glasgow 2014 Commonwealth Games, this new direct service will further strengthen these important bonds. Glasgow is constantly striving to grow its air links and we are looking forward to working with colleagues at Air Canada rouge, Glasgow Airport and VisitScotland on joint marketing communications activity to ensure the success of this new route.”

Since 2009, Air Canada has increased its system-wide international capacity, measured by seats, by approximately 50 per cent. This year, Air Canada launched new international services from Montreal to Venice and Mexico, Vancouver to Osaka, and Toronto to Amsterdam. In November, the airline will launch non-stop service to Dubai and Delhi from Toronto and it has also announced new service beginning in 2016 to Brisbane from Vancouver, to Lyon from Montreal, and to London-Gatwick from Toronto.

About Air Canada and Air Canada rouge
Air Canada is Canada’s largest domestic and international airline serving more than 190 destinations on five continents.  Canada’s flag carrier is among the 20 largest airlines in the world and in 2014 served more than 38 million customers.  Air Canada provides scheduled passenger service directly to 64 Canadian cities, 52 destinations in the United States and 78 cities in Europe, the Middle East, Asia, Australia, the Caribbean, Mexico, Central America and South America. Air Canada is a founding member of Star Alliance, the world’s most comprehensive air transportation network serving 1,321 airports in 193 countries.  Air Canada is the only international network carrier in North America to receive a Four-Star ranking according to independent U.K. research firm Skytrax.  For more information, please visit: www.aircanada.com follow @AirCanada on Twitter and join Air Canada on Facebook.

Glasgow News? Daily Updates part of our network
Free swimming for all OAPs is birthday present to Over 50s Club