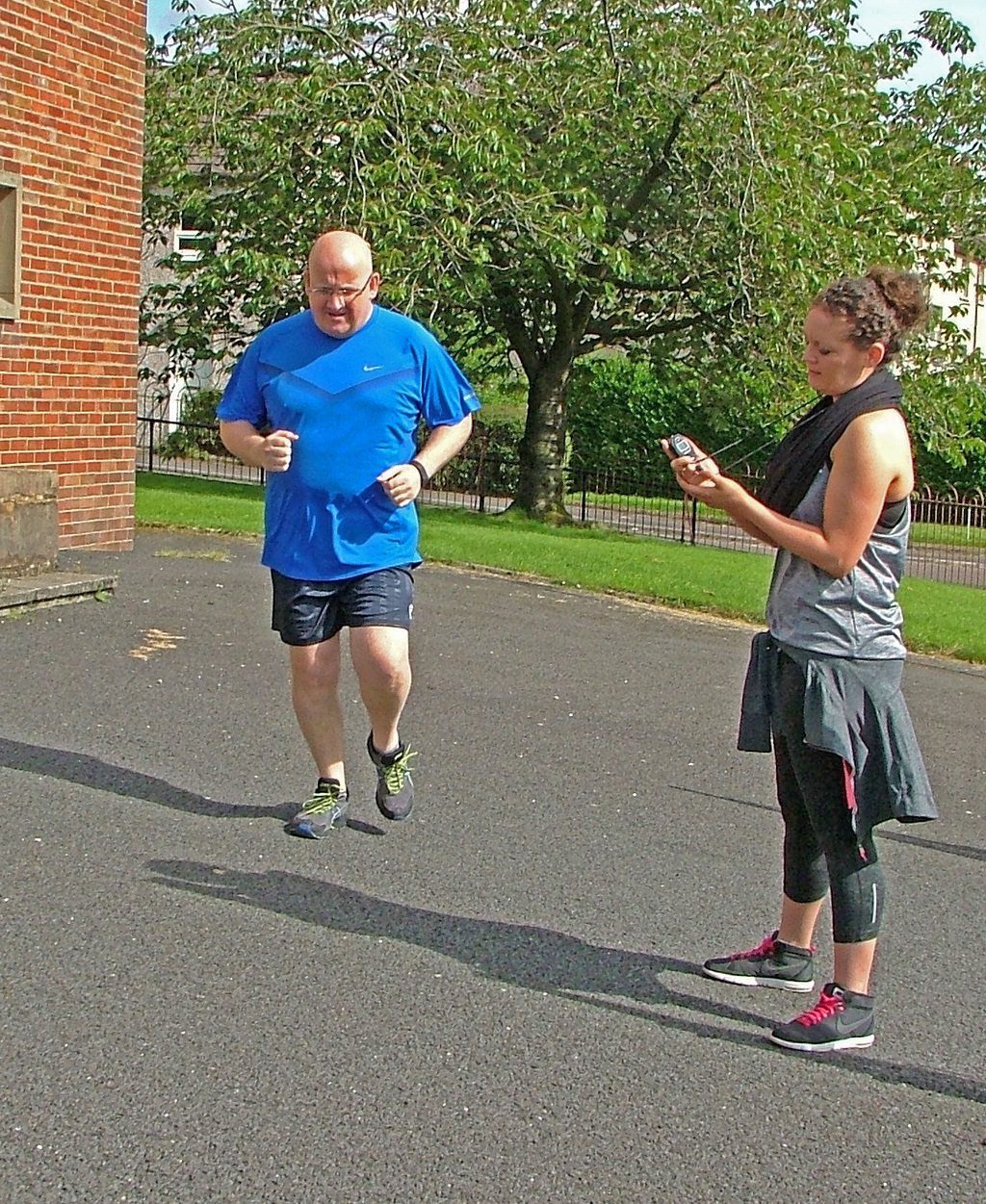 A PRIEST is literally in a race against time to save his church from closure.

Father Frank Hannigan is running in the Paisley 10k Race and Fun Run raising funds to help keep St Paul’s RC Church open.
He’s hoping to raise £5000 in sponsorship for completing the course, which will go towards the £30,000 the Paisley church needs by November to pay its annual running costs and guarantee it stays open next year.

St Paul’s Church – a landmark in the Foxbar housing scheme for generations – was opened in 1964, but a falling population and declining attendances has meant less money coming in.
Already, cost-savings have been made with Masses being held in the church hall during winter to save on the huge heating bills having to open the large main church building.

Fr Hannigan has praised the way parishioners have rallied round with their fundraising efforts to keep the church open. And now he’s doing his bit by pounding the streets of Foxbar as he trains for the Paisley 10k, on Sunday August 30.

The 44-year-old priest explains: “We have a shortfall of £30,000 this year and a lot of hard work has gone into raising this money by November. We are about two-thirds there and I can’t thank enough the people who have raised money for St Paul’s. I’m hoping I can get enough sponsors to help us reach our target.

“If we don’t raise the £30,000 by November, the church could close. So, along with lots of other good people I’m trying to save St Paul’s.

“In the early 1960s, the people of Foxbar paid to have this church built by going round doors collecting money in tins and wooden boxes. Now we’re fundraising to keep the church open.”
Fr. Hannigan added: “I wanted to do something myself to raise money for the church and after I lost some weight last year, Claire O’Neill, who runs a Metafit class in our church hall that I went to, reckoned I was fit enough to run the Paisley 10k.

“The training certainly hasn’t been the easiest thing I’ve ever done, as I’m not a natural athlete. But I’ve persevered and I’m sure I’ll complete the course.”

Anyone willing to sponsor Fr Hannigan should type #running4stpauls into their internet search engine and that will take you to his Just Giving page.

Joyce McKellar, chief executive of Renfrewshire Leisure, who are one of the race organisers, said: “Well done to Fr. Frank for putting himself through the training schedule needed to take part in the Paisley 10k.

“There will be lots of other runners doing the same to raise money for charities and good causes by taking part in the big race, or the shorter fun run, which is much easier to complete.”

There’s also still time to register to take part in the Paisley 10k and 3k Fun Run, sponsored by Hillington Park. Log on to https://www.sportsystems.co.uk/ss/event/Paisley10KRoadRacewithFunRun for an application form.