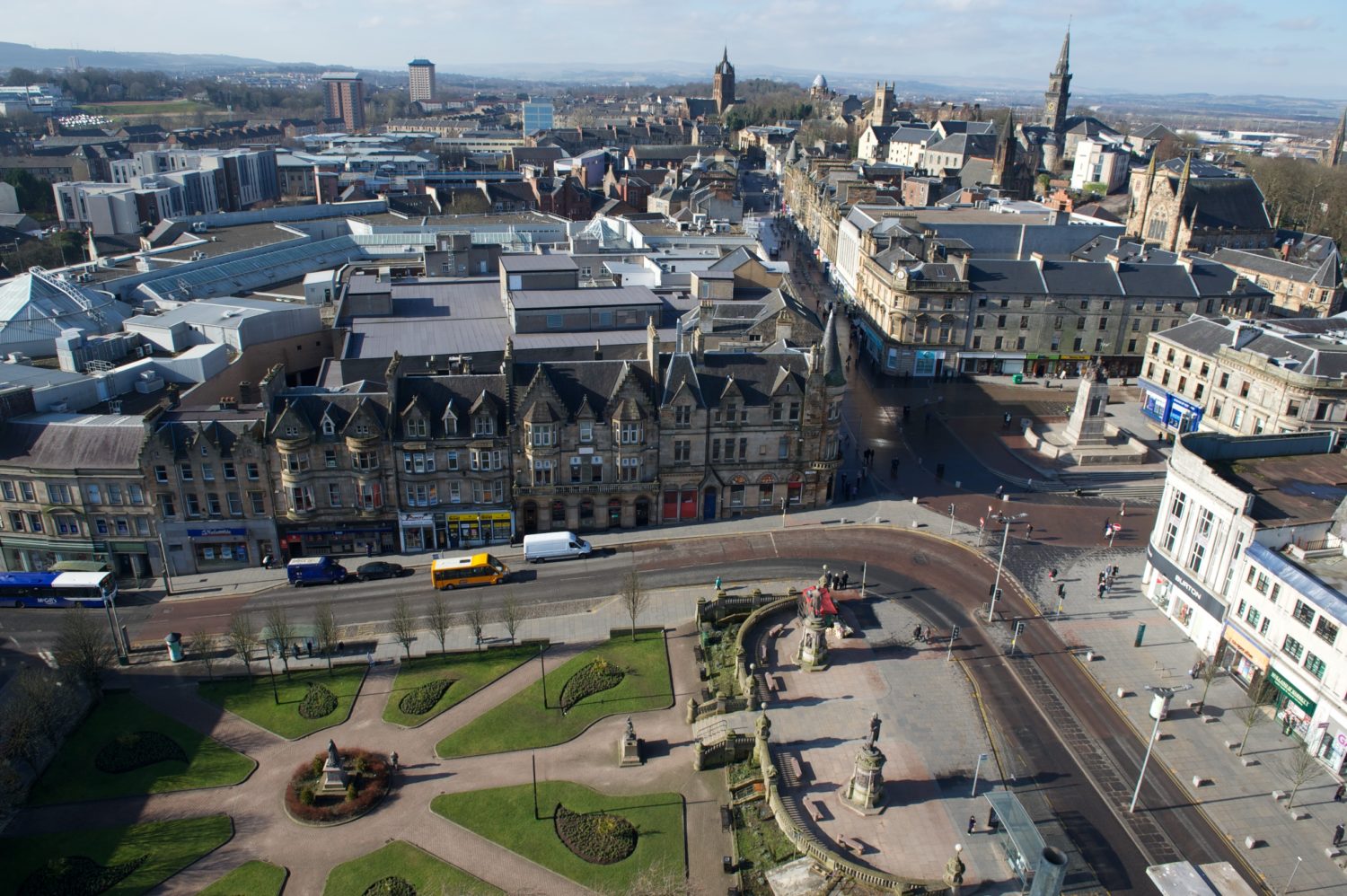 Paisley’s UK City of Culture 2021 ambitions have had a thumbs-up from the entire Clyde Valley region – as seven other councils agreed to throw their weight behind the town’s bid.

Renfrewshire Council and its partners are currently pulling together the town’s bid for the contest – due to be lodged in 2017, with the winner to be announced that year.

And that bid received a boost when leaders of the other local authorities working on the £1.13bn Glasgow and Clyde Valley City Deal project agreed to give their support.

Members of the City Deal Cabinet this week heard a report presented by Renfrewshire Council Leader Mark Macmillan which outlined the full extent of Paisley’s ambitions – and agreed to work together on any opportunities which could help Paisley clinch the title.

Councillor Macmillan said: “Paisley is known around the globe thanks to the shawls and the pattern which bears its name – now we want to tell the town’s unique story to the world once again.

“Our bid for UK City of Culture 2021 will pull together all of that rich history as well as everything which makes the town great today – such as our central location and links, top-class university, and thriving contemporary cultural scene.

“If the bid was successful it would launch the town into the international spotlight and bring a year of major UK-wide events.

“While that would mean a major economic boost to Paisley and Renfrewshire, those benefits would be filtered throughout the entire West of Scotland region.

“We are already working closely with our partner councils on issues of shared interest through the City Deal, and our City of Culture bid is another massive opportunity to do so.

“The Clyde Valley city region is the heart of Scotland economy, with a population of 1.8m people – to have the weight of that behind us is a real boost for Paisley’s ambitions, and I am delighted to have secured that today.”

The City Deal is funded by the UK and Scottish Governments and the eight councils, and will see a series of major infrastructure projects across the region over the next decade and beyond.

Three are due to take place in Renfrewshire – a surface access project at Glasgow Airport, an airport investment zone for businesses, and a new bridge over the Clyde from Renfrew to Yoker.

So far, Paisley is the only Scottish city to have announced its intention to bid for the City of Culture contest, run by the UK Government’s Department of Culture, Media and Sport.

Although Paisley doesn’t actually have city status, the competition is open to large towns and urban areas, so Paisley is eligible.

For more information about Paisley’s regeneration and City of Culture bid, visit www.renfrewshire.gov.uk/paisley