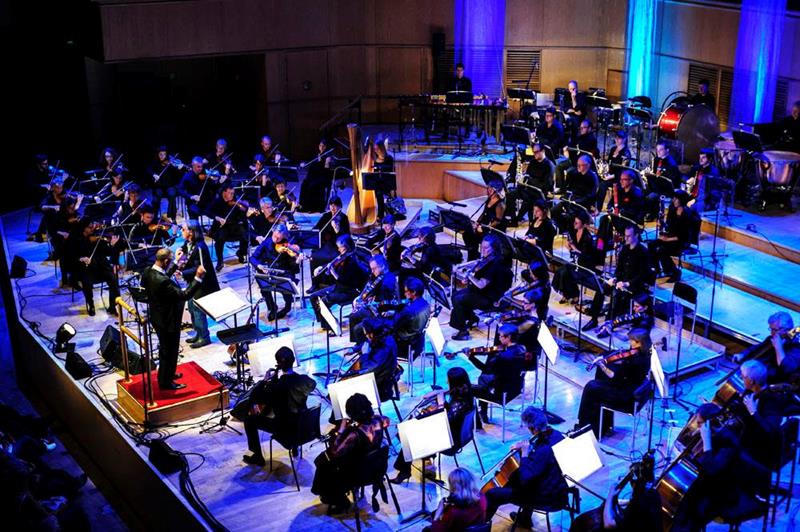 Paisley’s young people still have a chance to sign up for a once-in-a-lifetime chance to plan, programme and perform a spectacular concert in the town alongside some of the country’s finest musicians.

Around sixty local young people will work with the Royal Scottish National Orchestra as part of the RSNO Paisley Takeover programme, funded by Renfrewshire Council as part of the build-up to the town’s bid for UK City of Culture status in 2021. The intensive work experience project will culminate with the finale concert in Paisley Town Hall on Tuesday 13 October, as part of the annual Spree festival.

Young people from Renfrewshire with an interest in the music industry can apply now to take part and be assigned a ‘job’ according to their skills and interests, with applications being accepted up until Friday 21 August.

Up to 25 will play alongside RSNO musicians during the concert, with two participants to conduct the full orchestra alongside the RSNO’s Jean-Claude Picard.

There will also be opportunities in areas including stage management, sound engineering, event planning and marketing for the concert.

Some of the young people will run the engagement and learning aspect of the project, working with the RSNO to deliver one-hour musical workshops to primary school pupils around Renfrewshire.

Interviews to take part will be in Paisley on Tuesday 25 August, with rehearsals and training sessions scheduled between and now and October.

Applicants must be aged between 15 and 25 and living or studying in Renfrewshire and applications are open now viawww.rsno.org.uk/engage/paisley-takeover

Renfrewshire Council Leader Mark Macmillan said: “This is a great opportunity for any local young people with an interest in the music industry to learn from some of the best in the business.

“Paisley has a fantastic lineage of great musicians and maybe this process could be the big break the next Gerry Rafferty or Paolo Nutini needs?

“Our bid for UK City of Culture 2021 will be designed to create experiences for our residents which may not normally be open to them – and this once-in-a-lifetime scheme is great taster of what will come over the next few years.”

RSNO Director of Learning and Engagement Jenn Adams said: “We are excited to once again be offering these unique opportunities for young people in Scotland to become involved with their national orchestra.

“The Takeover projects offer valuable insight into those looking to pursue a career in the arts and we’re pleased to be able to offer a bespoke Paisley specific Takeover in partnership with Renfrewshire Council.”

The RSNO will also feature in the musical centerpiece of this year’s Spree festival, teaming up with rockers Idlewild in Paisley Abbey on Friday 16 October for a show which sold out within hours of going on sale this summer.

Glasgow News? Daily Updates part of our network
Kuka Studios – I am Me