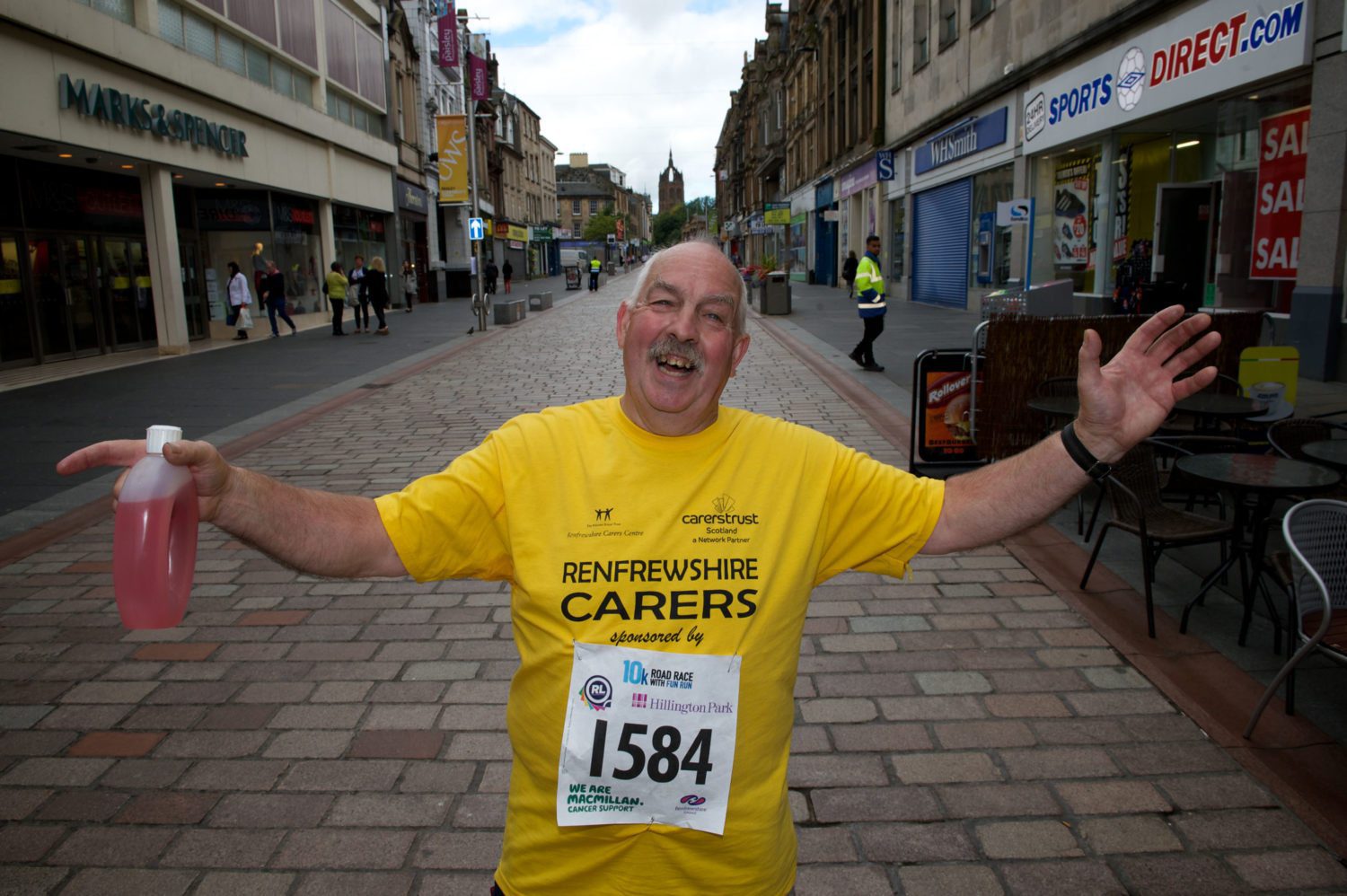 But the 66-year-old still put himself through the physical exertions of completing the Paisley 10k Race as he’d promised to raise money for the Renfrewshire Carers Centre. Depute Provost Caldwell walked the course in two hours and he made history by being the first civic leader ever to take part in the race.

He was part of the Renfrewshire Carers Centre team taking part in the Paisley 10k hoping to raise hundreds of pounds in sponsorship.

After crossing the finishing line he said:
“I’ll never be Mo Farah, but what is important is taking part and raising money and awareness for a very good cause.

“I might not have won the race but the Carer’s Centre is certainly one of the many winners here today as many charities and good causes will be tens of thousands of pounds better off.

“It’s also been a great day for the village of Elderslie, as Callum Hawkins was first over the finishing line, I was last and we both come from Elderslie!”

He added: “Paisley is another winner today. We’ve witnessed thousands of people coming into the town centre to enjoy the race and the street entertainment. There’s been a real party atmosphere and everyone has enjoyed themselves.” 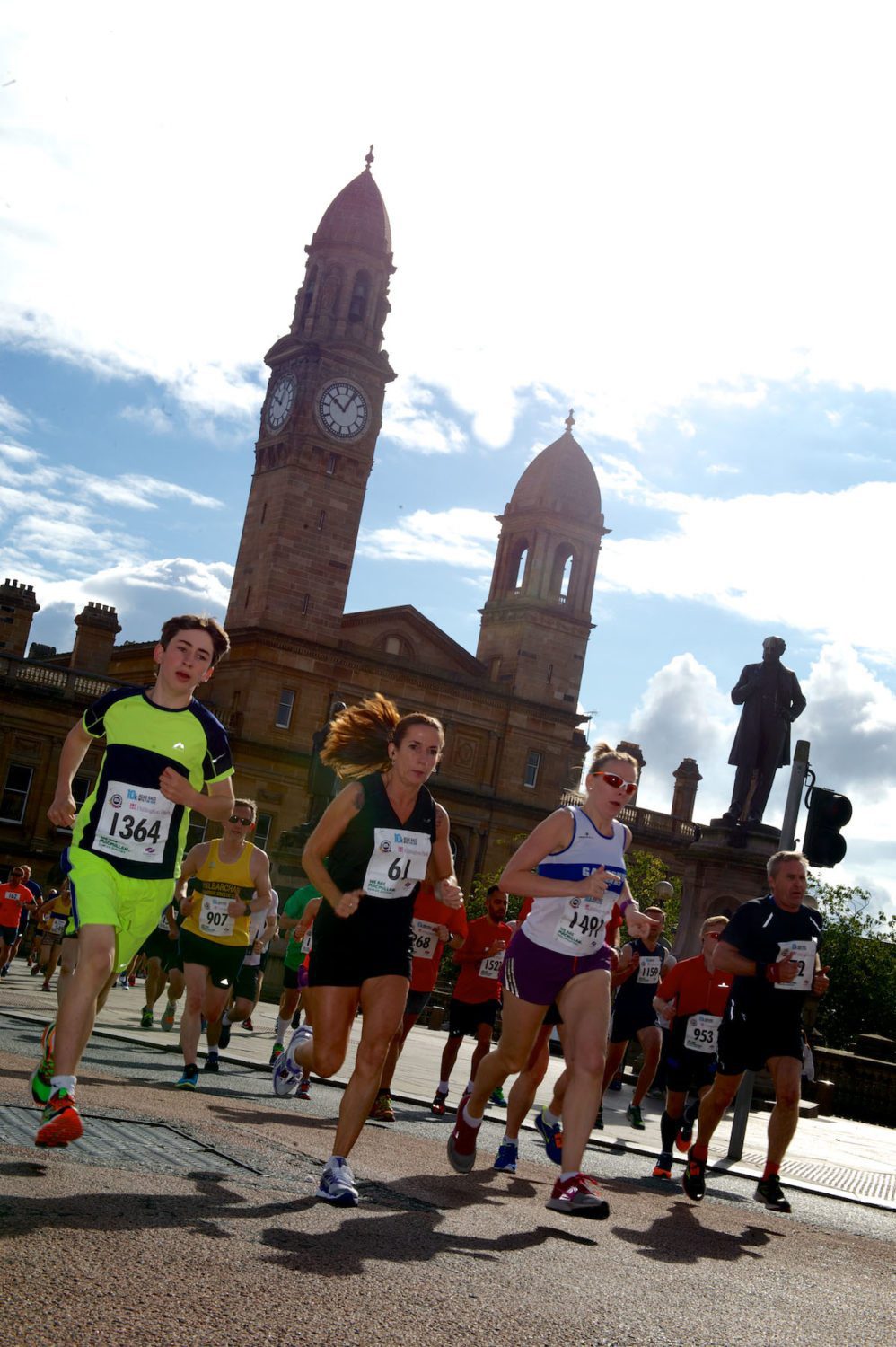 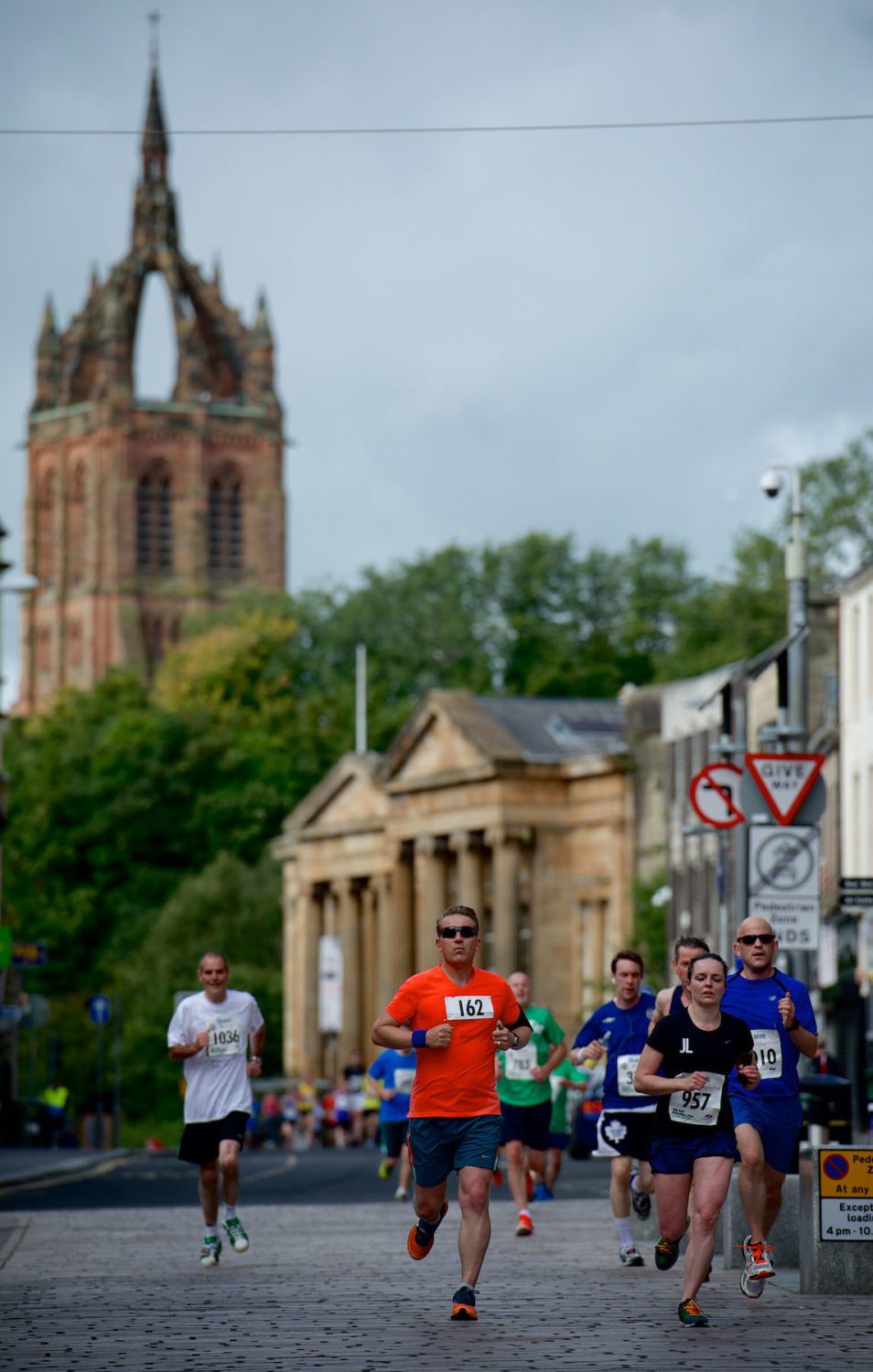 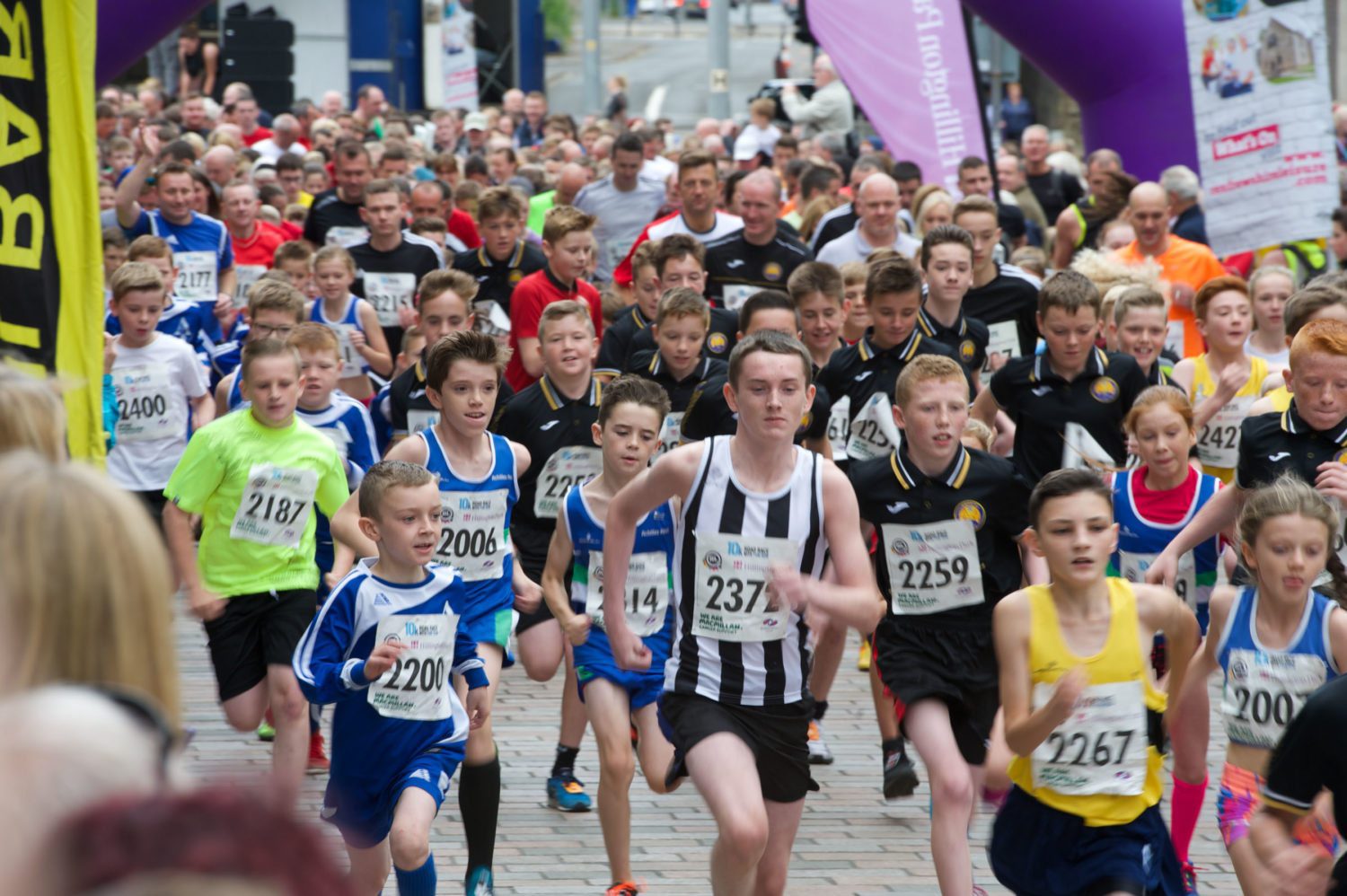 The ladies winner was Gemma Rankin (Kilbarchan AAC), with a time of 35.36; second was Lesley Chisholm (Garscube Harriers), with 36.34 and third was Jessica Oliver-Bell (Shettleston Harriers) with a time of 36.50.

They came in all shapes and sizes, ages and levels of fitness – some even ran in fancy dress. But they ran to raise much-needed funds for charities and good causes.

Joyce McKellar, chief executive of Renfrewshire Leisure, one of the race organisers said:

“ Once again we had a fantastic turnout for the Paisley 10k Race and Fun Run.
“We really have to pay tribute to the runners who participated and the huge amount of money they will have raised for charities and good causes.

“It’s not just that they deserve praise turning up on the day to take part in the event, it’s the months of preparation and training that goes into running the race.

“The nights of pounding the streets in the wind and rain to get ready for the race can’t have been easy, so well done to everybody for selflessly giving up their time.”

Joyce added that Renfrewshire Leisure aims to make the Paisley 10k and Fun Run an even bigger event in the next few years.

She said: “We’ll be taking it to the next stage as a major community event for Paisley’s bid to be named City of Culture 2021. Sport in general and Renfrewshire Leisure in particular has a part to play in winning this accolade for the town.

“We aim to make the Paisley 10 and Fun Run a major cultural as well as sporting event in the town.”