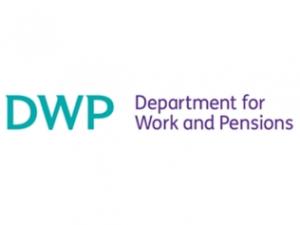 Gavin Newlands, the MP for Paisley and Renfrewshire North, has today highlighted deeply concerning figures that have been recently released by the Department of Work and Pensions, which show that thousands of people have died after being found fit for work.

The Department of Work and Pensions’ figures show that 2,380 people died between December 2011 and February 2014 shortly after a work capability assessment found them fit to work. The department’s data also reveals that during the same period, 50,580 people who received Employment and Support Allowance died within two weeks of their claim ending.

These alarming figures follow the revelation that almost half of all ESA and JSA sanctions have been overturned when challenged. “These disturbing figures from the Department of Work and Pensions make grim reading and it is the latest blunder in this sorry saga of the UK Government’s welfare reforms under Iain Duncan Smith.

“I believe that the social security system should exist to ensure that our people are able to live a happy and healthy life but, as the figures show the reality is that the Tory government is dismantling this system – so much so that it is endangering the lives of those it should be helping to get on in life.

“The evidence speaks for itself – the UK Government is presiding over a department that is a perpetual car crash and is dogged by chaos.

“In the past month we have learnt that 50 per cent of the ESA and JSA sanctions were being overturned, that the DWP had faked testimonials that stated the these sanctions were helping people and, most recently, that the undue stress and anxiety has been damaging to people’s health.

“As I have said numerous times since being elected as the MP for Paisley and Renfrewshire North, the UK Government must now allow an independent root and branch review of its benefits regime to take place and suspend sanctions from being issued until it concludes.

“There is an alternative to the Tory misery that is imposed from the UK Government. We can devolve crucial powers over welfare and the economy to the Scottish Parliament and allow our parliament and government to begin to create a fairer society.”

The DWP figures can be accessed here:
https://www.gov.uk/government/uploads/system/uploads/attachment_data/file/456359/mortality-statistics-esa-ib-sda.pdf