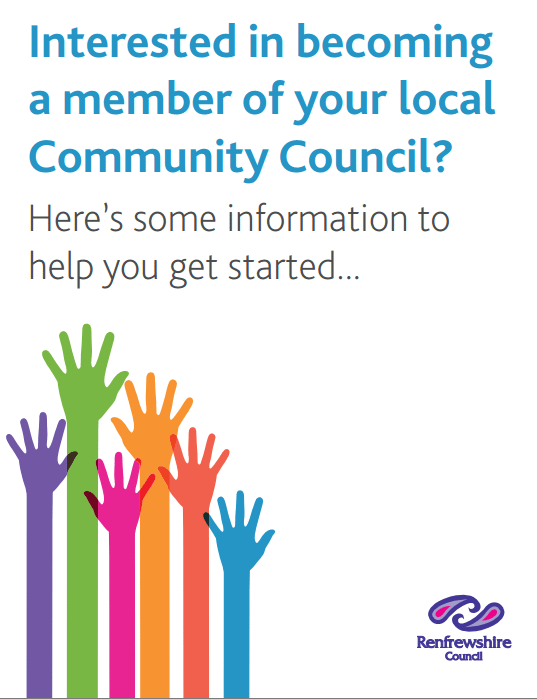 Local residents who want to be a ‘voice for their community’ will get the chance this month with elections to community councils across Renfrewshire.

22 community councils across the area will be accepting nominations for membership during an ‘election period’ from 1-30 September. The only exception will be Foxbar and Brediland where a new community council was formed this June.

Renfrewshire Council Leader Mark Macmillan said: “Community councils are the first statutory level of democracy in our country and an important voice for their community. The work they do to raise issues and concerns on behalf of local people is invaluable.

“It was very encouraging to see residents of Foxbar and Brediland come together this summer and form a new community council after its absence for several years.

“I would urge anyone interested in doing likewise to find out more about what their local community council does and consider becoming a member.”

Anne McNaughton, Community Council Liaison Officer for Renfrewshire Council, explained: “While we call this an election period, it’s important to point out that people won’t actually have to campaign for votes at this stage. It’s simply a period of time where all active community councils open up for the nomination of members. An election would only be necessary if the number of nominations exceeds the maximum membership size for a community council.”