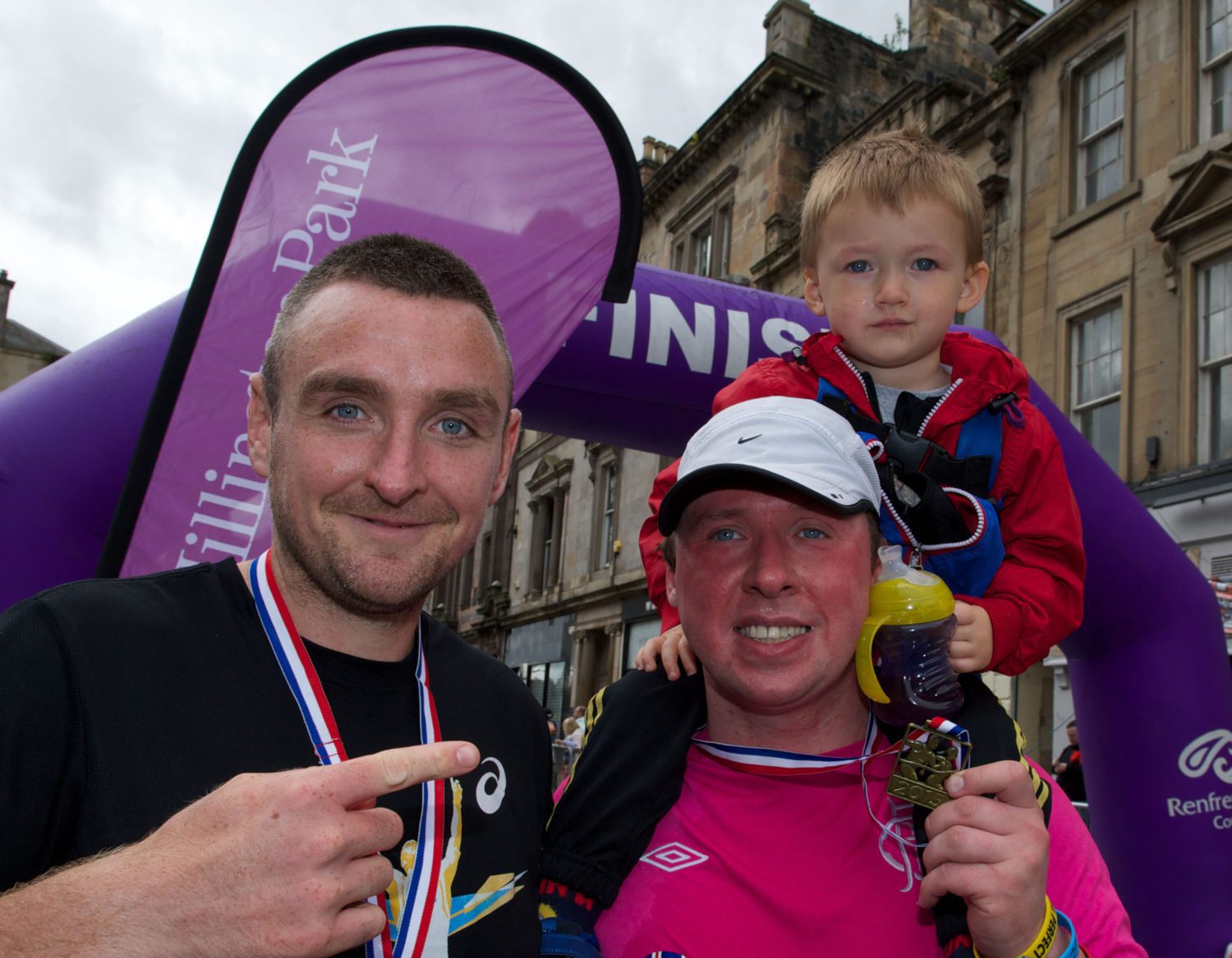 BRAVE Jay Semple ran both the Paisley 10k Race and Fun Run yesterday even though he is blind.

The 36-yer-old dad was determined not to let his lack of sight stop him taking part and raise money for charity. Jay, from Glaive Road, in Glasgow was diagnosed with a degenerative eye condition when he was 15 and last October he eventually completely lost his sight.

But the determined runner tied a rope to his wrist and attached it to his friend, William Robertson, who ran with him and guided him through the streets of Paisley for the 10k race.

Then shortly after completing the course in a creditable one hour and two minutes, Jay put his two-year-old son, Tyler-James on his shoulders, attached the wrist cord to his sister, Diane and ran the 3k Fun Run course.

Jay suffers from Choroideremia – a recessive eye disease that leads to blindness – but even when his sight was deteriorating, he has ran an amazing 55 races since 2012, as he raised money for various charities.

Yesterday, Jay was running to raise sponsorship for the Rangers Charity Foundation.

He said: “I only completely lost my sight last October and now I can only see light. I can’t even see my son smiling.
“But I’m determined that my blindness isn’t going to stop me running and raising money for charity.

“It was quite scary running and not being able to see where I was going, but I knew my wee boy would be waiting for me at the finishing line and that kept me going.

“I wanted to prove to myself that I could still do it. No matter how bad my eyesight is I’m determined to carry on running.”

Joyce McKellar, chief executive of Renfrewshire Leisure, who are one of the Paisley 10k race organisers said: “Jay is an inspiration to us all and it’s fantastic that he not only ran the 10k, but went on to complete the fun run as well.”