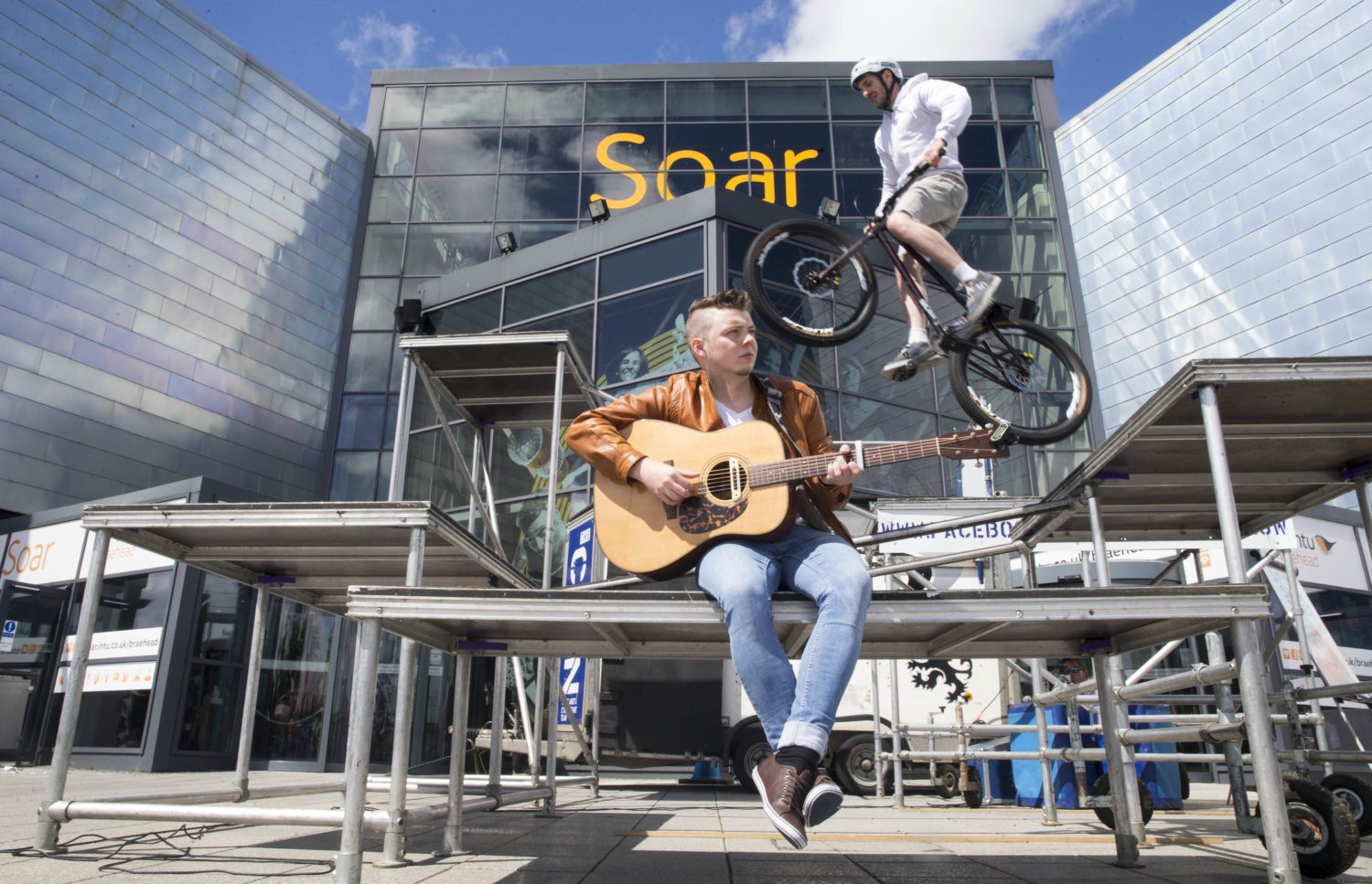 SINGER-SONGWRITER Kevin McGuire had a wheely great gig when he played at the Everyone’s Invited music festival on Sunday, June 28.

Especially since he gave an encore performance with a stunt cyclist flying over his head!
Kevin was at the free music event held in the Soar at intu Braehead leisure destination and was one of the support acts for X Factor finalists, Only the Young, who were headlining in front of hundreds of fans. One-to-watch Scots singer, Kloe was also on the bill.

Boy band Rewind made a dramatic entrance to cheering fans when they freefalled down a 15-metres high drop line from the top of the climbing wall.

And Only the Young warmed up for their set by going sledging on the real snow mountain at Snow Factor, in Soar at intu Braehead.

It was the second day of Everyone’s Invited – hosted by Clyde 1 presenter Cassi – which also raised money for the Nordoff-Robbins Scotland charity. Bucket collections to provide music therapy to vulnerable children, young people.

A new entertainment venue had been created at the intu Braehead Curling Arena after the ice had been lifted for the summer and a stage built on the concrete pad.

The Clan Cycle Stunt Team was also at Everyone’s Invited, showing off their gravity-defying stunts in front of the Soar at intu Braehead entrance.

Marketing manager for intu Braehead, Lydia Brown said: “We’ve had a fantastic weekend of fun and entertainment. But we’ve also raised lots of money for a very worthy cause in Nordoff-Robbins.”

Snow pic: One the Young warmed up for their gig on the snow slope at Soar at intu Braehead.