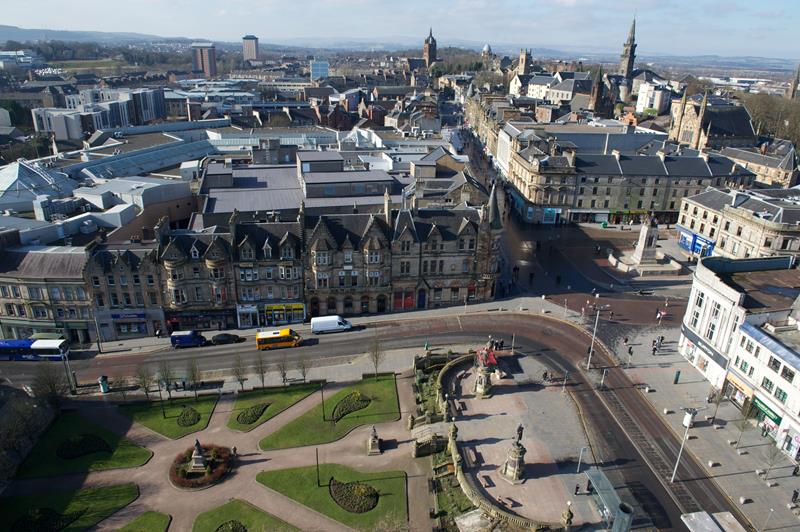 The Glasgow and Clyde Valley City Deal Cabinet has approved the Strategic Business Cases for two major infrastructure projects in Renfrewshire. Work will continue on the Clyde Waterfront and Renfrew Riverside Project and on the Airport Investment Area. These are the first two infrastructure investments to unlock City Deal funding; signalling their importance to the regional and local economies.

With a combined value of £129 million, the projects are expected to help realise Renfrewshire’s immense economic potential by improving the connections between key business sites, residential areas, and the wider transport network. Both investments will also support Glasgow Airport’s growth and create a powerhouse of industrial and commercial strength to the west of Glasgow.

Councillor Mark Macmillan, Leader of Renfrewshire Council, who holds the City Deal Cabinet’s Portfolio for Enterprise said: “This City Deal could be one of the most progressive urban strategies in the world. Its co-ordinated approach to skills, connectivity and enterprise will bring benefits to every part of the region and to every level of its economy. The Renfrewshire projects will drive local success and regional growth. Renfrewshire is about to take its well-earned place as a leader in the Scottish economy. ”

Councillor Macmillan continued: ““Local businesses and Invest in Renfrewshire partners are primed to take advantage of City Deal. Renfrewshire has 10% of the region’s population and yet we have secured 24% of City Deal funding. We are making fast and fair progress with our major infrastructure projects. Invest in Renfrewshire’s business support and employability programmes are already building skills and local growth. We are ready to contribute to -and benefit from – all that City Deal brings“

The City Deal Cabinet’s approval of the Strategic Business Cases is a go-ahead for further work on the Renfrew Riverside and Airport Investment Area projects. Surveys into sites and potential routes will continue; bringing the Renfrewshire’s City Deal closer to delivery.

Glasgow News? Daily Updates part of our network
Race is on to find skydive heroes