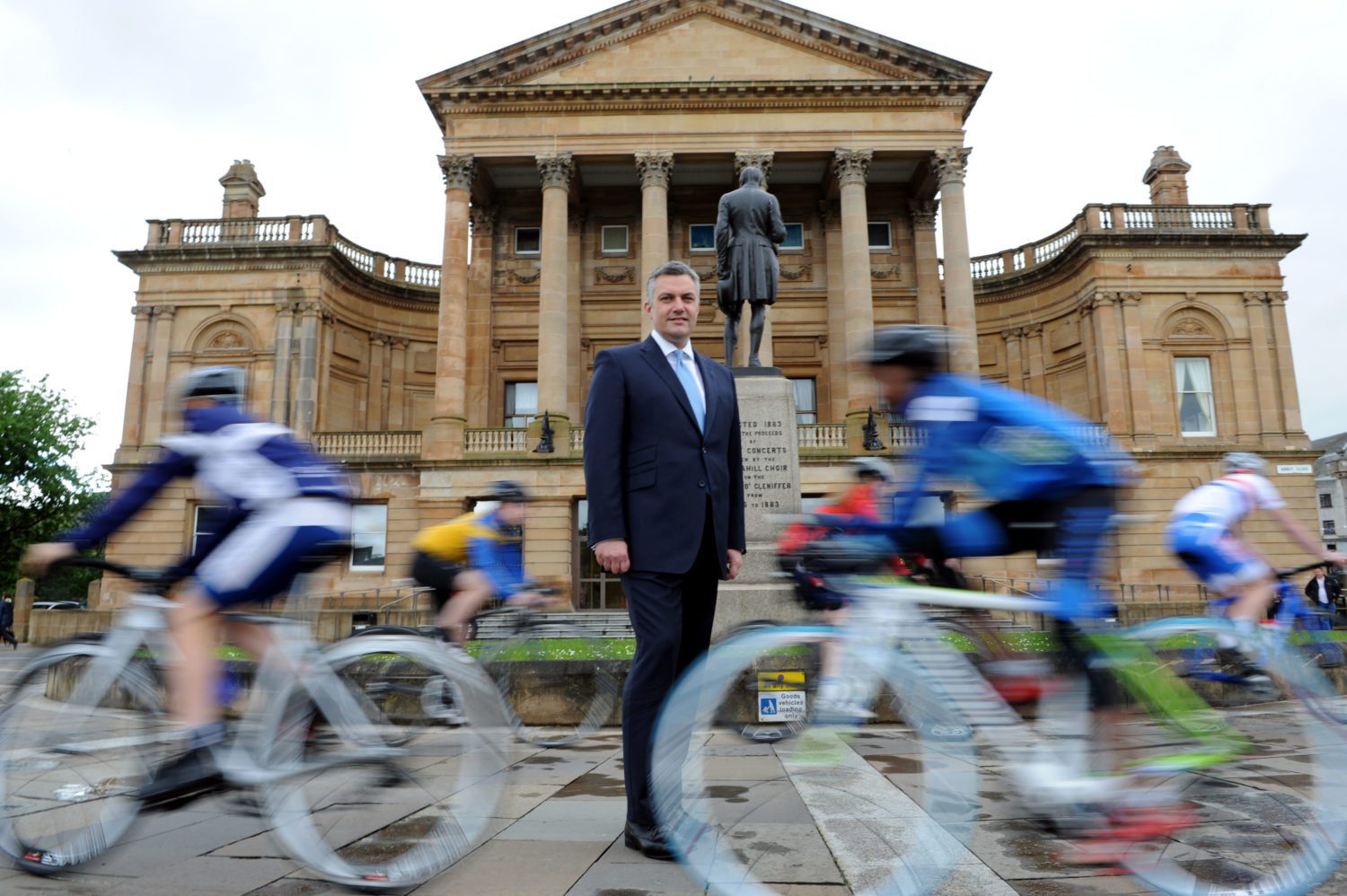 Renfrewshire is set to host the UK’s cycling stars of tomorrow when one of the biggest youth cycle races in the country arrives in Paisley next weekend.

The British Cycling Youth National Circuit Race Championships will be in Paisley on Sunday 12 July for the first time Scotland has ever hosted the prestigious race.

Cycling fans will be able to get a glimpse of Britain’s best youth cyclists, with previous medallists at the event including Mark Cavendish, Geraint Thomas, Ross Edgar and Laura Trott.

The action will take place on a course around Paisley town centre, starting and finishing in front of Paisley Abbey and town hall.

There will be seven races between 10am to 6pm, from under eight to under 16 level, featuring 350 riders, 81 of whom are from Scotland.

The event was brought to Paisley by a joint bid between Renfrewshire Council and the Paisley 2015 group of local cycling clubs.

The council has laid on a programme of free family entertainment during the day, including a main stage with live music at Paisley Cross, the 7 Stanes BMX display team, a freestyle footballer, food stalls and giant games and inflatables.

Renfrewshire Council Leader Mark Macmillan said: “We are delighted to host this race on its first visit to Scotland and look forward to an afternoon of top-class racing.

“UK cycling has had massive international success in recent years and this will be a great chance for Scottish cycling fans to see the sport’s stars of the future close up.

“Paisley’s historic town centre will provide a striking backdrop to the afternoon’s action, and we hope a big crowd come out to cheer the young racers on.

“Events like this are helping Paisley fast build a name as a key destination on Scotland’s events map as we work towards the town’s bid for UK City of Culture 2021.”

Martin Mulholland, race director, added: “This is the biggest one-day youth cycling event in the Britain this year, with the best young riders in the UK.

“Speaking as a member of a local club, this is huge for us in terms of encouraging young people to take up cycling locally.

“We would like to thank Renfrewshire Council for their fantastic support to promote the race and local cycling.”

“The very best of Scottish talent have been flourishing in the ScottishPower National Youth Racing Series and this will be a real test when Britain’s most talented young cyclists come to Scotland.

“It has been rewarding to watch their development over the course of the season and I have every faith they will be up to the challenge at the British Youth Circuit Championships.

“This season has been one of Scottish Cycling’s biggest ever and I have no doubt this will be another great event.

“With more than 184 affiliated clubs across the country and more than 650 events to choose from it has never been easier to get involved.

“Visit www.scottishcycling.org.uk to find out how to contact your local clubs and find out more about the range of racing and coaching opportunities.”

For more information on the race, see www.paisley2015.org, and for more info on local events, see www.renfrewshire.gov.uk/events