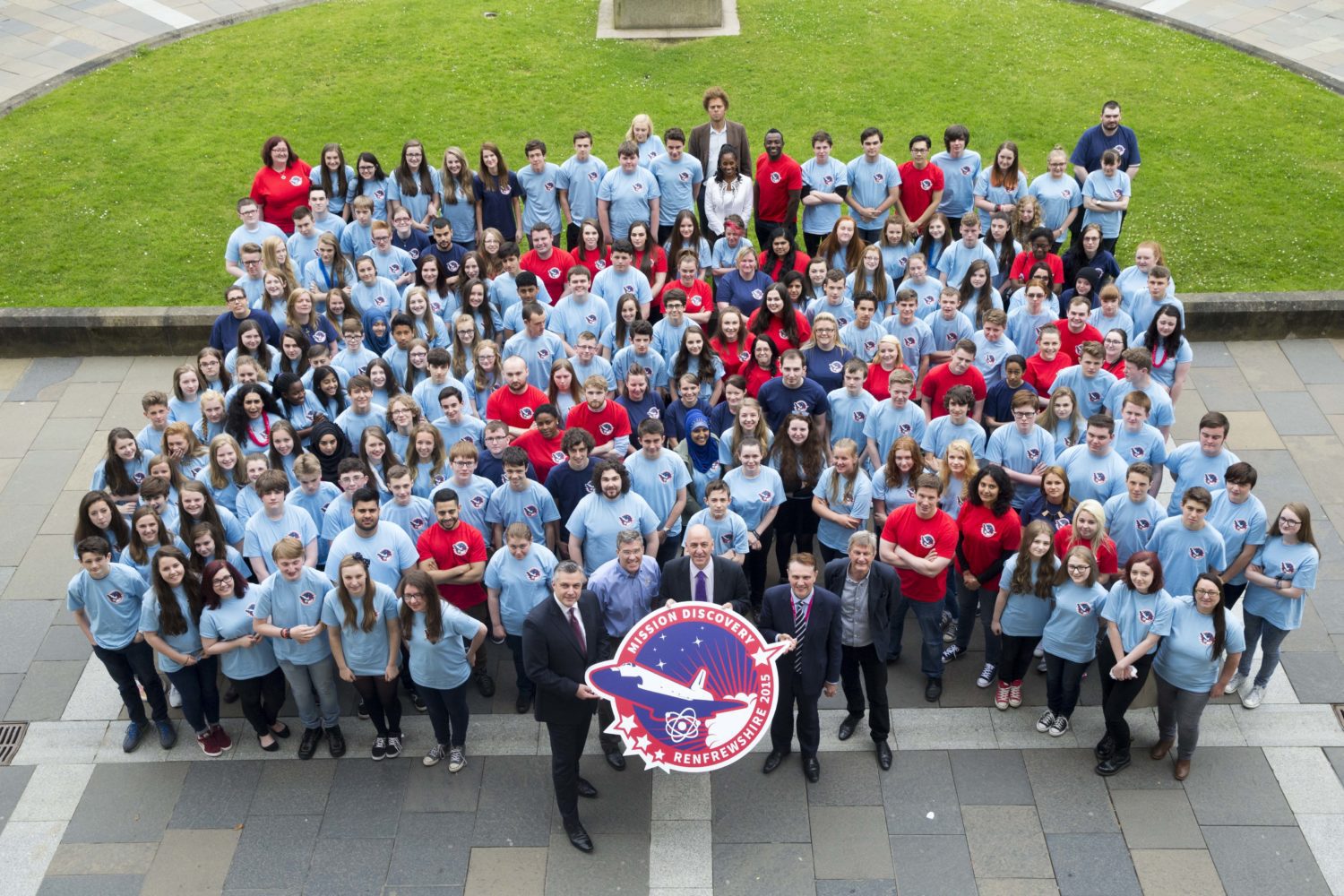 A team of NASA astronauts and scientists have touched down in Paisley to run a week-long space school for 200 local school pupils and students.

A team of NASA astronauts and scientists have touched down in Paisley to run a week-long space school for 200 local school pupils and students.

The programme’s key aim is to raise young people’s awareness of potential careers in the field of science, technology, engineering and maths (STEM).

S3 and S4 pupils from across Renfrewshire and students from the University of the West of Scotland and West College Scotland, will spend the week working in teams alongside the panel to develop their own space experiments – with the winning concept to be built, launched into space and sent to the International Space Station.
They will also learn NASA leadership, team building and personal development skills.

It first came to Renfrewshire in July 2014 and has never been run anywhere else in Scotland.

Ex-NASA astronaut Steve Bowen, said: “A few of my former colleagues had been involved with Mission Discovery before and when the opportunity came up I was delighted to go for it.

“Although I’ve never been to Paisley before, it’s always good to come over here and see new places and meet new people.

“Leading Mission Discovery is really rewarding – it great to see kids get an opportunity they might not have had. With hard work and a little luck they can achieve their dreams.”

Johnstone High School pupil Lily Fowler, 14, is one of the participants and added: “It’s been really interesting so far and I have really enjoyed hearing from some of the people – you wouldn’t normally get the chance to meet an astronaut.”

Renfrewshire Council Leader Mark Macmillan said: “This is a fantastic programme and a once in a lifetime opportunity for local young people to hear first-hand what it’s like to work at the highest level of the space industry.

“We want to make Renfrewshire a centre of excellence for STEM subjects and this is just one of a range of programmes we are offering local young people to raise their awareness of career opportunities in this field.

“Most importantly we want everyone to be able to benefit from this experience regardless of their social background. That’s why we are offering Mission Discovery free of charge and I’d like to thank all of our sponsors for helping us to make that happen.”

The council has laid on a series of free public events during the week to mark Mission Discovery – including a talk hosted by Steve Bowen in Paisley Town Hall on Tuesday where he will play scenes from the Hollywood film Gravity and separate the science from the fiction.

There will also be free-to-attend film screenings of popular sci-fi films – see www.renfrewshire.gov.uk/events for more info on how to book.