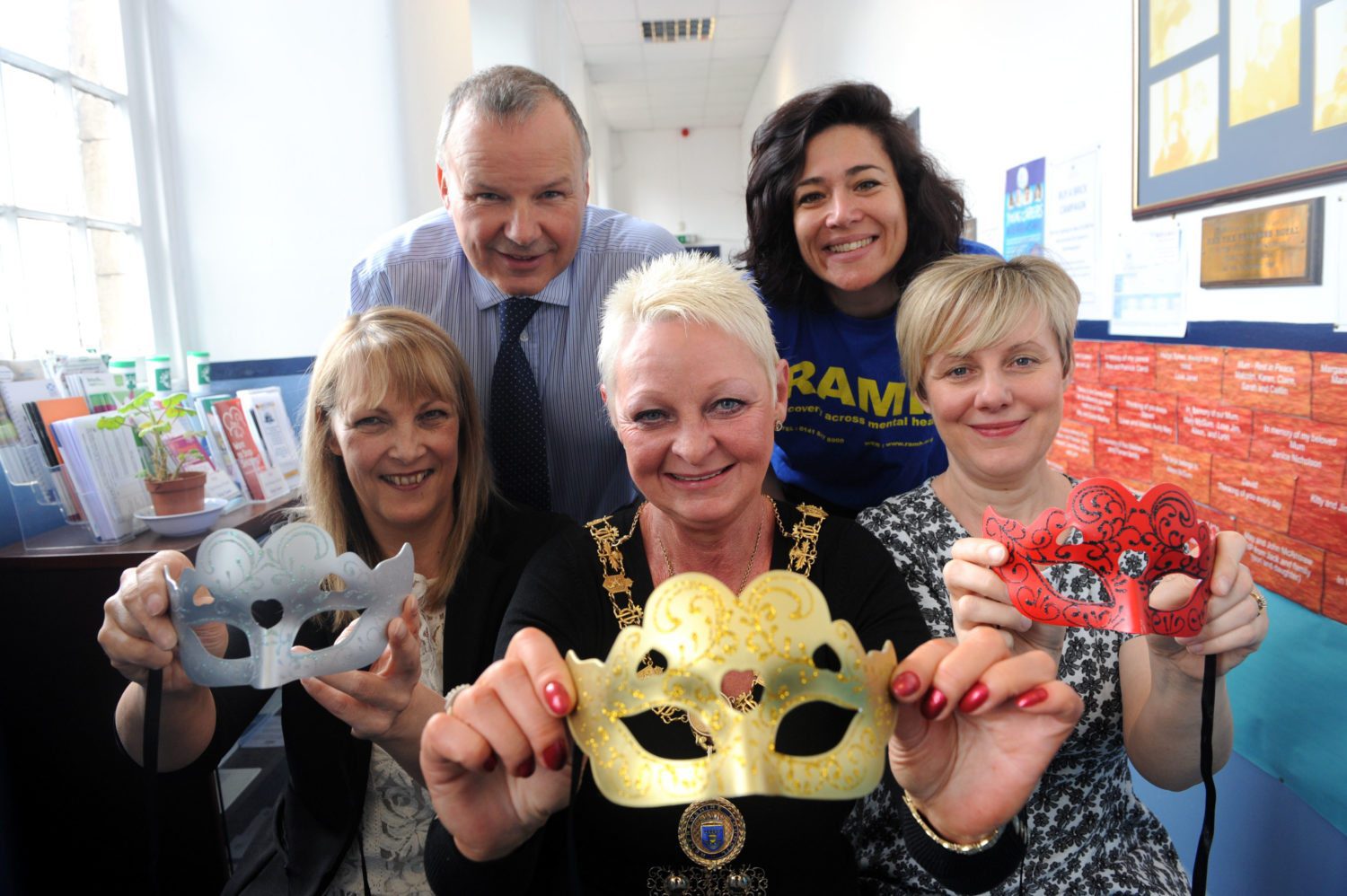 Renfrewshire’s Provost Anne Hall is calling on local businesses to get big-hearted for her four local charities.

Businesses have been invited to a special Masquerade charity ball, which will be held on the 11 September in the Normandy Hotel, Renfrew.

The ball, which features live music, great entertainment and a live auction, will raise vital funds for Renfrewshire Carers’ Centre, RAMH (Recovery Across Mental Health) and two hospices – Accord and St Vincent’s – chosen by Provost Hall to feature in a special charity giving scheme during her term as Provost.

Tickets cost £600 for a table of ten and include a pre-dinner drinks reception, a three course dinner and a bottle of wine per couple. All money raised will be split equally between the four charities.

Provost Hall said: “Businesses in Renfrewshire have been really supportive of my charity fundraising scheme and I hope they will continue to support me in my aim to raise much needed funds for my chosen charities.

“Last year’s charity ball was one to remember with great entertainment and I’m aiming to make this one just as memorable.

“The theme this year is Masquerade and we’ll have a group of talented mask-makers at the event so no one needs miss out on the fun.

“The entertainment will be just as strong, with live music from the Pulse Show Band and the popular live and silent auctions.

“I would encourage businesses to get in touch to find out how they can support four fantastic local charities.”

A grand prize raffle will support the charity ball, with tickets selling for £1 at charity events throughout the summer. Top prizes on offer include £1,000 cash, £500 art voucher and a Lenovo laptop.