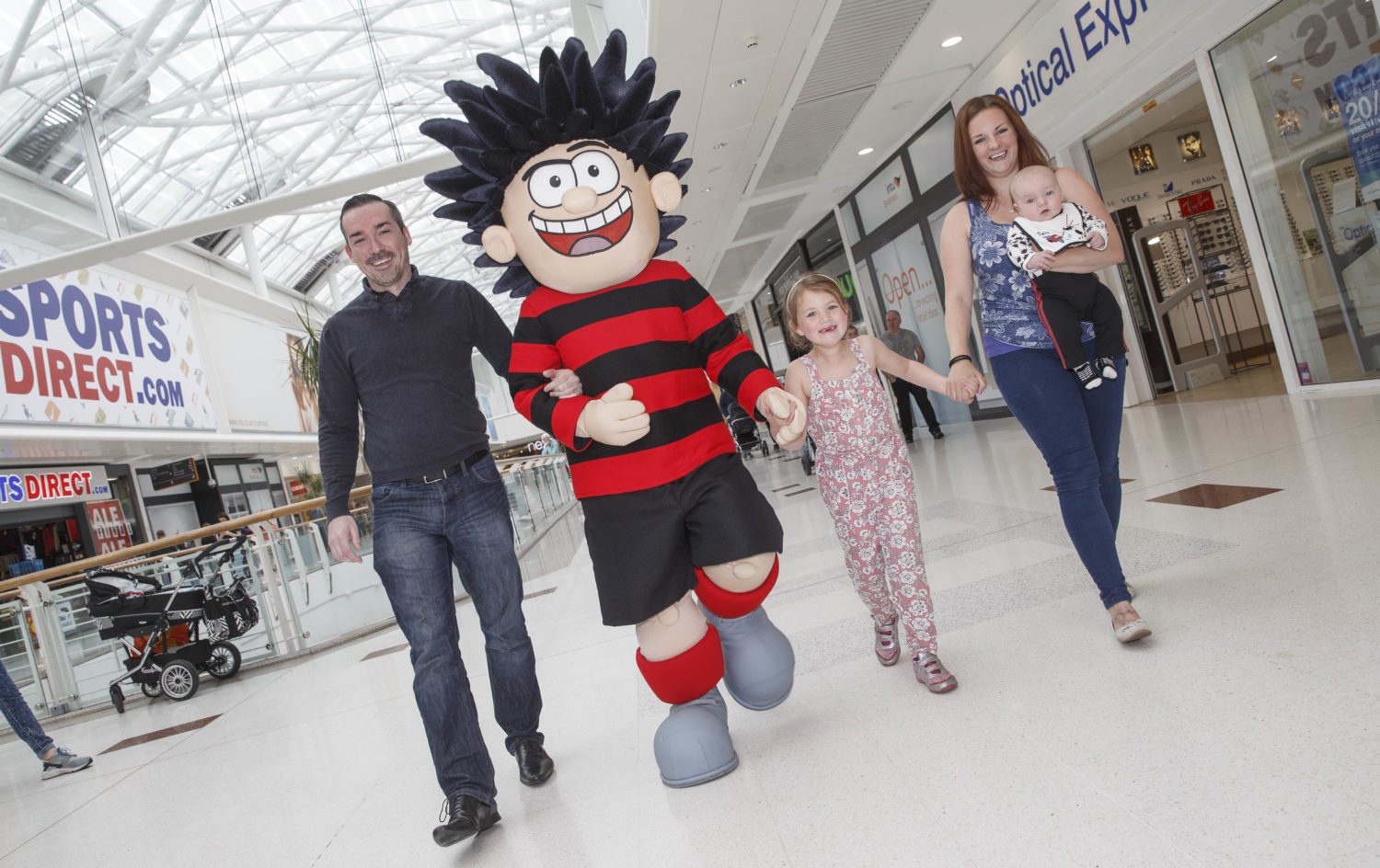 DENNIS the Menace got up to mall sorts of mischief at intu Braehead.

The comic rascal was playing pranks and causing chaos everywhere he went as he launched a Big Beano Takeover of the shopping centre.
From Thursday, July 30 to Sunday, August 9, Dennis and his Menace Squad will be involved in a host of free kids activities, give-a-ways and competitions in what they’ve dubbed The Classroom of Chaos.

Youngsters will be taking their seats behind their desks in the mall’s central atrium where they can become Little Menaces by taking part in games, arts and crafts and lots of other prankster activities.

And there’s a special treat for fans of the Beano comic when one of the mag’s top cartoonists and writers hosts a cartoon illustration workshop in the Classroom of Chaos on Saturday, August 8, at 10.30am, 1pm and 3pm. 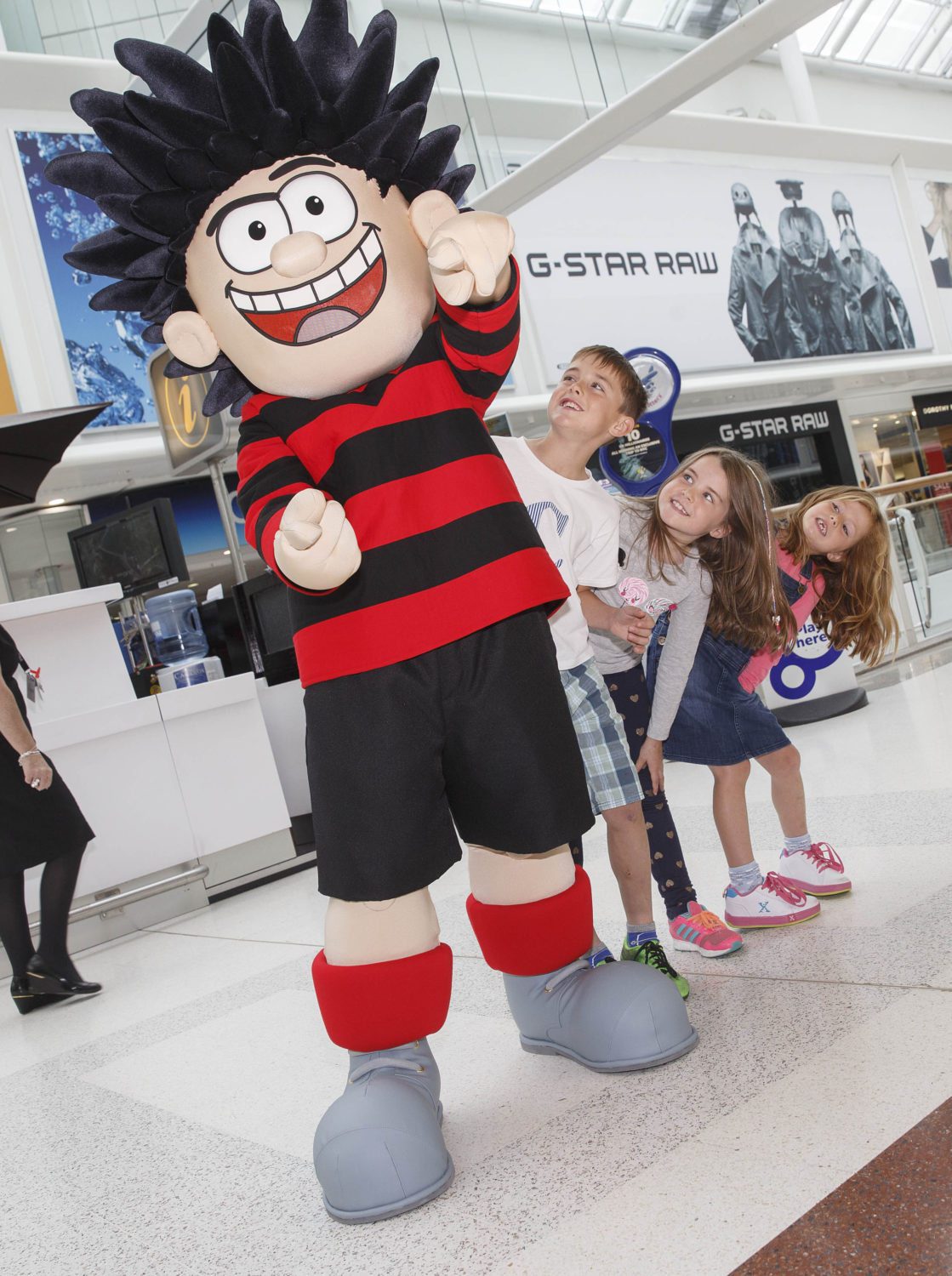 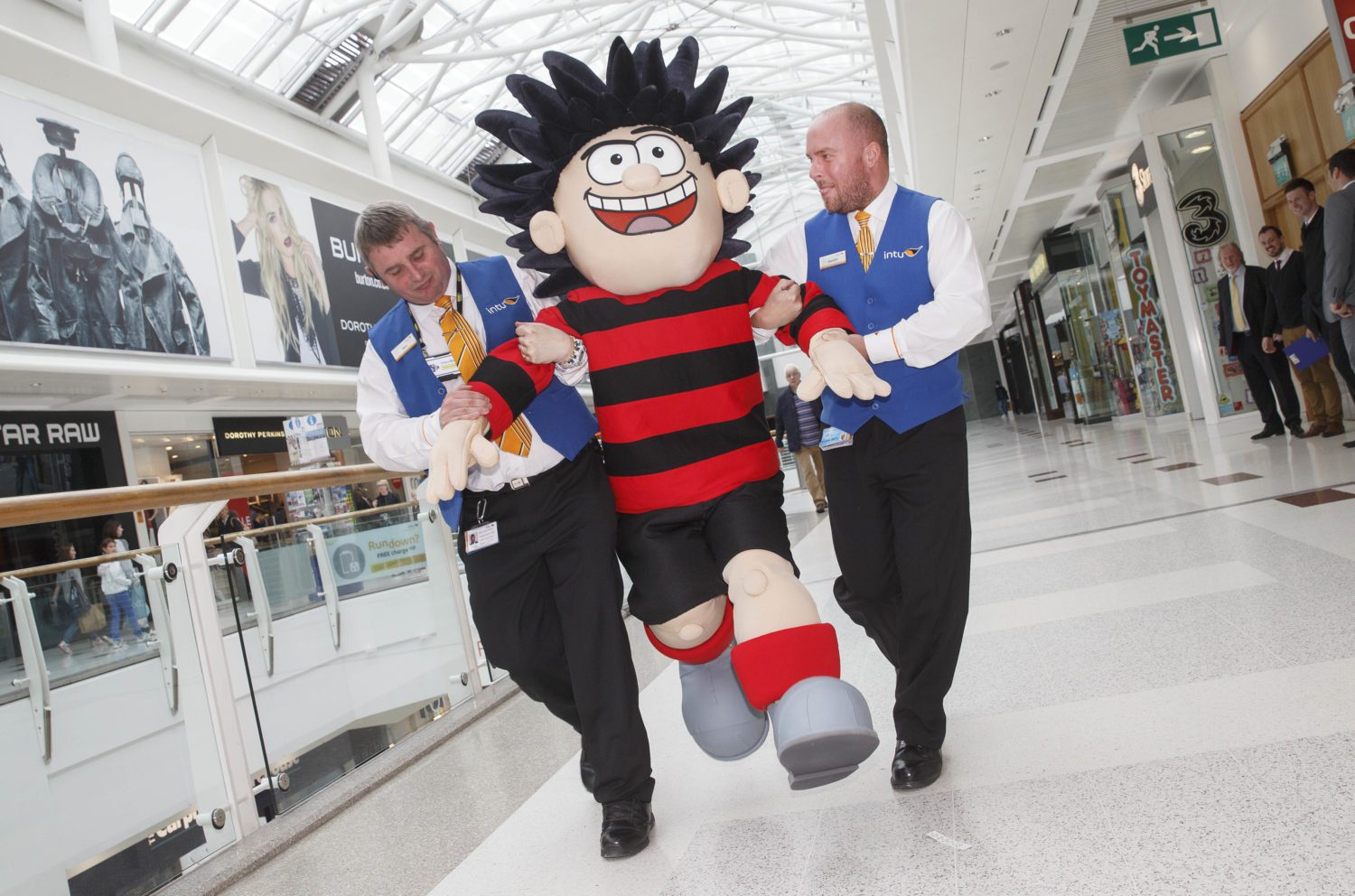 Kev Sutherland will show youngsters how to draw their favourite Beano characters like Dennis the Menace, Minnie the Minx and Gnasher. Log on to www.intu.co.uk/braehead to book a place at this fun and educational session.

Dennis is also giving out prizes for the best Little Menace photographs posted on the intu Braehead Facebook Page with youngsters pulling their best Dennis the Menace face.
The #My Menace contest has a first prize of the winner and a friend appearing in a special edition of The Beano published nationwide and the runner-up prize is a signed 2016 Beano annual handed over before it goes on sale.

“We warned all our staff to be on the lookout for Dennis the Menace as we’d heard he’d get up to all sorts of mischief. And that’s exactly what he did, despite all our efforts to make sure he behaved himself.

“It’s going to be a real fun time during the Beano Takeover at intu Braehead and we’re well prepared for all sorts of pranks.”

Dennis security pic: Dennis The Menace being frogged-marched out of the centre by security staff,  l-r Thomas McEwan and Gareth Gillies.

Are you in the running for a prize?
Scroll to top
Go to mobile version