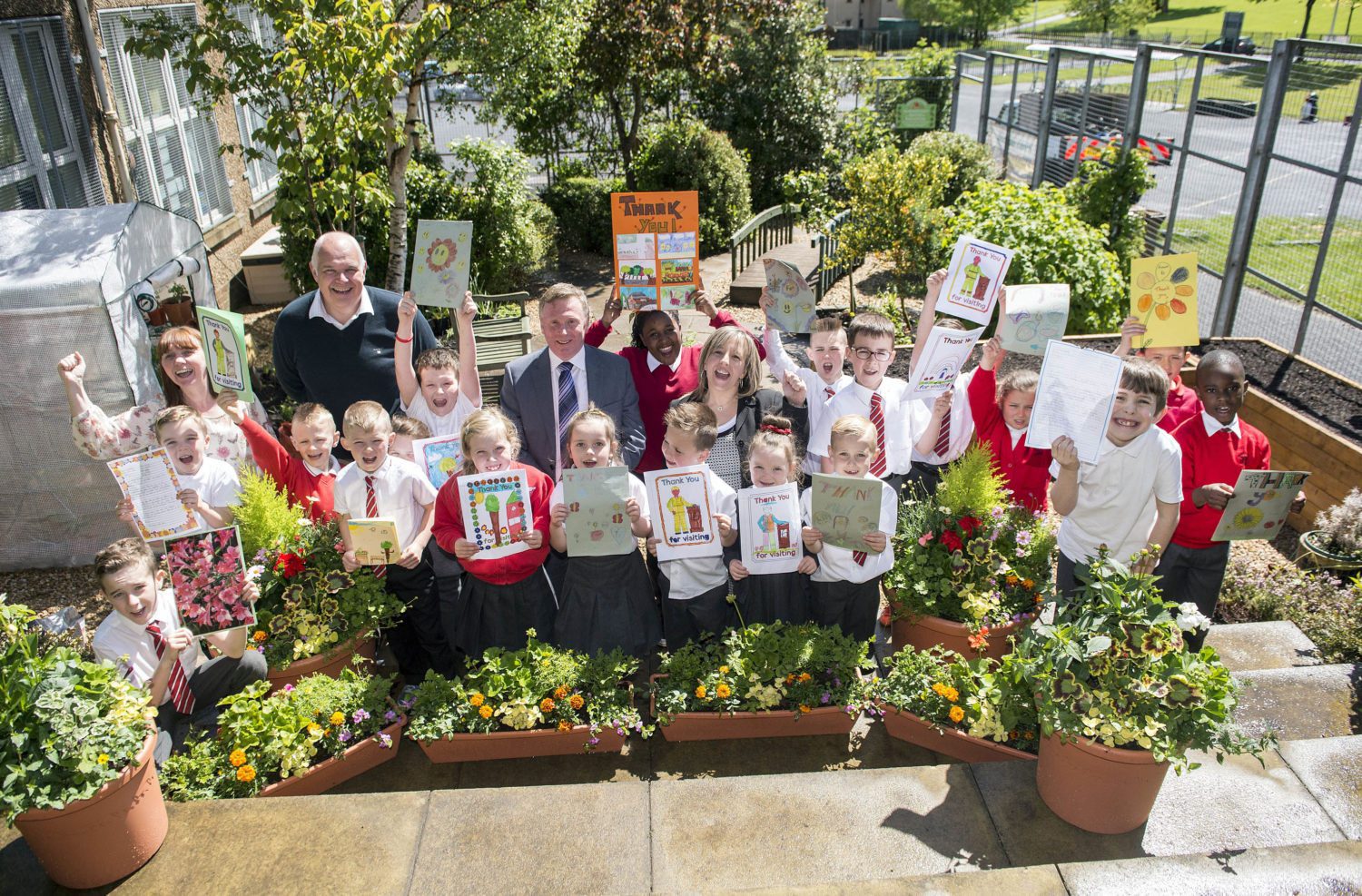 YOUNGSTERS were celebrating yesterday when they saw their primary school garden restored to its former glory after it was vandalised. And their reaction was: “It looks bloomin’ great!”

Big-hearted bosses at the intu Braehead shopping centre spent £2000 reinstating the garden at St Paul’s Primary, in Paisley after pupils were left heartbroken when intruders trashed the plants, flowers and vegetables they had so lovingly tended.

The mall drafted in their landscapers, Cardwell Nurseries to help out. And even staff from intu Braehead did some digging and planting as part of the company’s volunteer scheme, where they are paid to do charity and work in the community.

The work to the school garden included clearing the mess made by the vandals; replacing smashed plant pots; installing raised beds; four tons of gravel stones for pathways; new plants and flowers; a new greenhouse and tool cabinet and creating a stone slab bench seating area.

Teachers have spoken of the pupils being so excited at the work going on over two days they had been constantly looking out their classroom windows to see what was happening next.

Mrs Catherine Usher, the teacher in charge of the school’s gardening project, said: “The work that has been done to our garden is absolutely outstanding.

“So much so that I was moved to tears at how much intu Braehead and Cardwell has done to restore and improve our school garden. 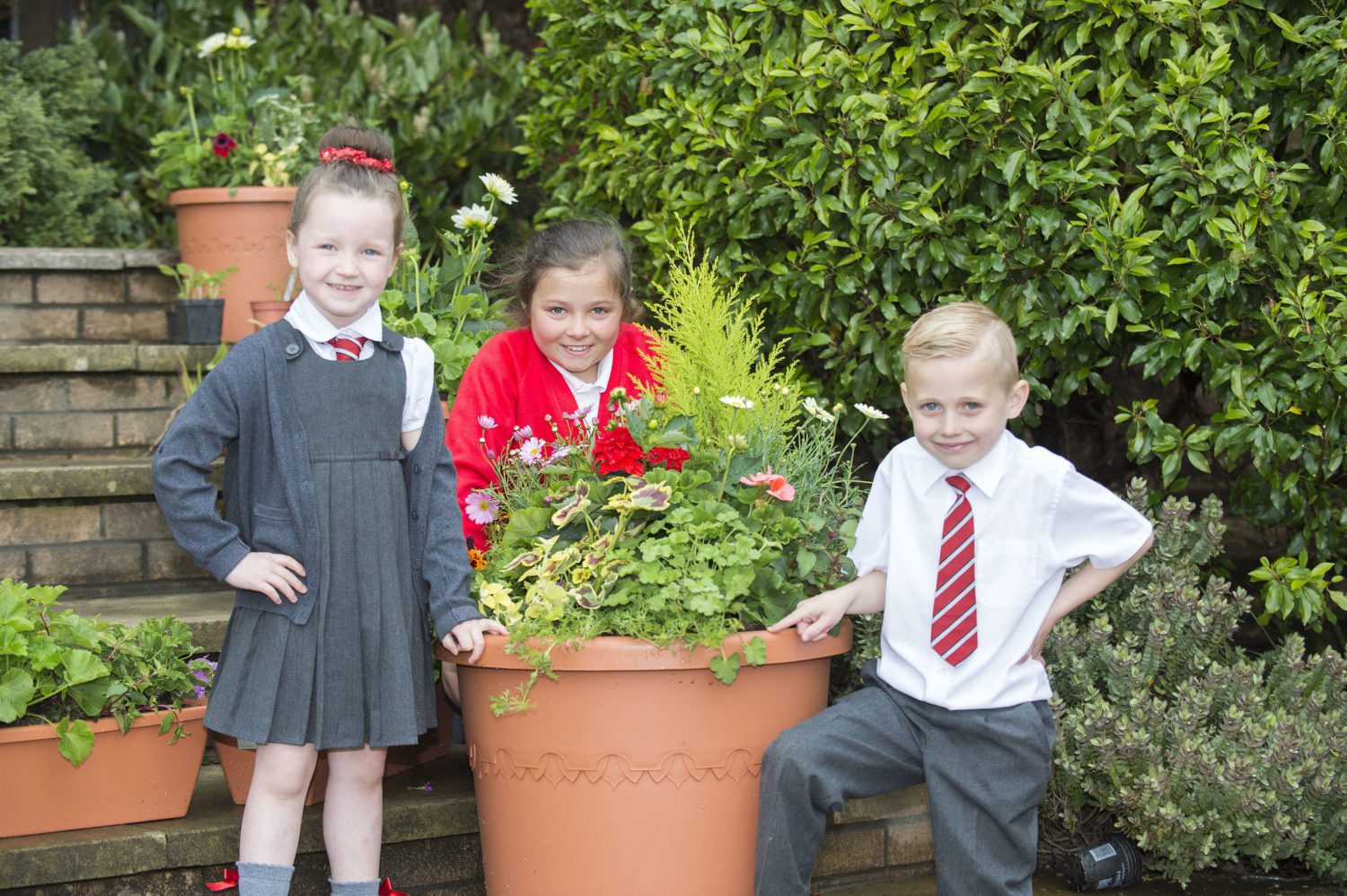 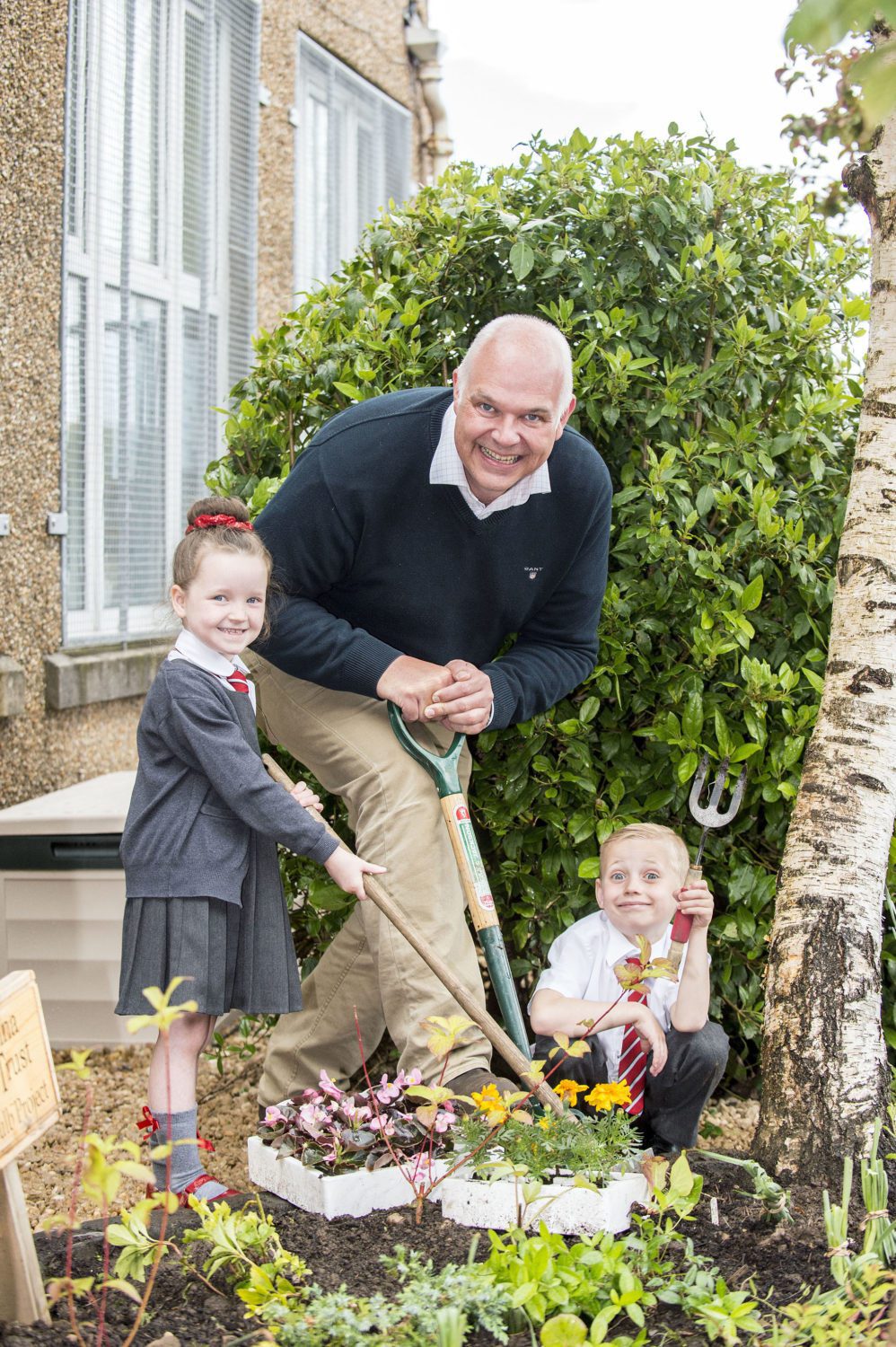 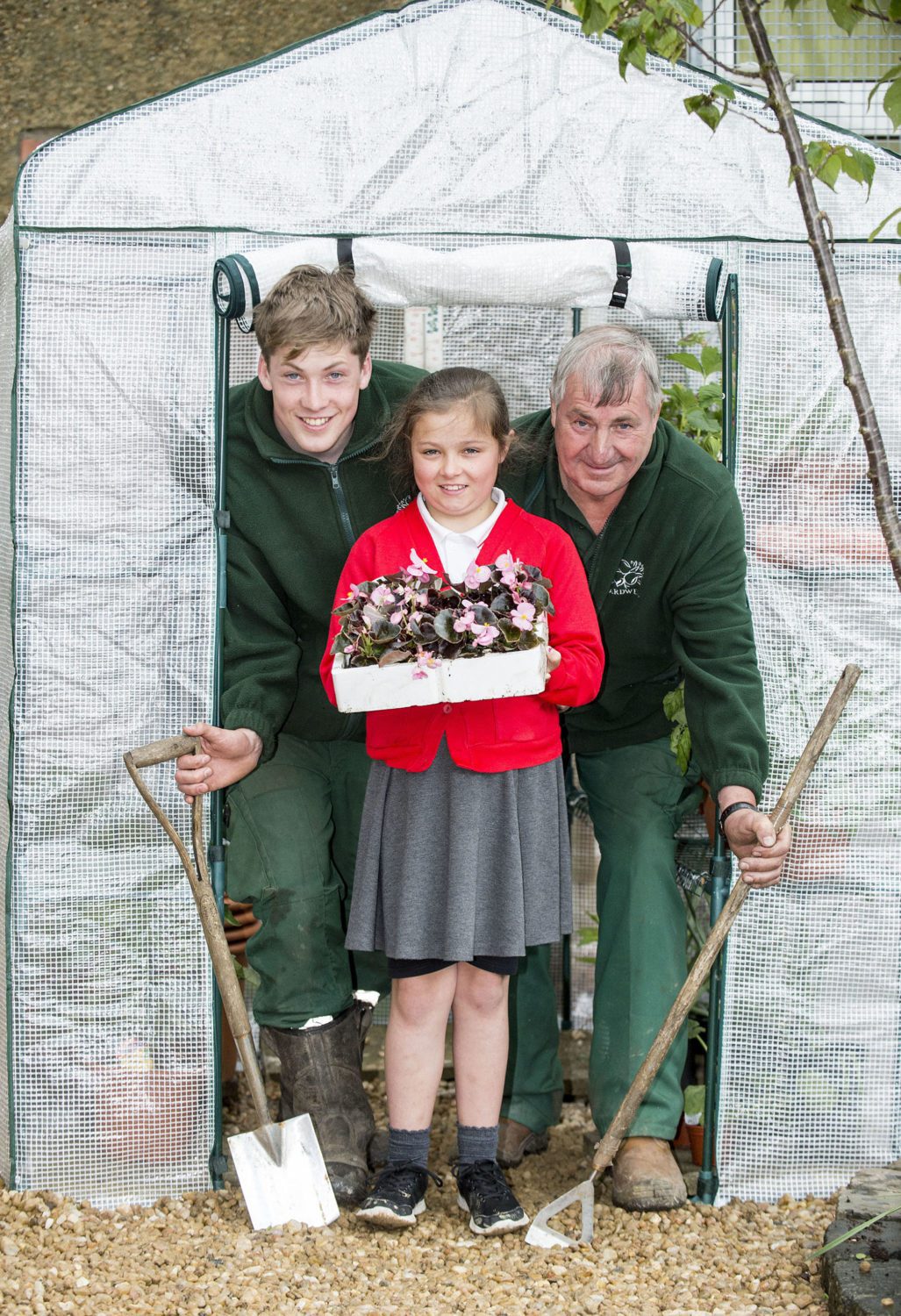 “It really makes you realise the power of our community, as we have had such a massive response of generosity and kindness.

“We found out we were runners up in the Edina Trust bulb project the day after we found our garden trashed.

“Intu Braehead has now made it possible for us to expand and continue the great start the children have had in their gardening work.”

Intu Braehead general manager, Gary Turnbull said: “When we heard how upset the pupils were after discovering the wanton destruction to their garden, we wanted to do something to help.

“I spoke to teachers and they told me how much work the pupils had put into the school’s garden and it was such a shame to see all their efforts destroyed.

“We see intu Braehead as an integral part of the local community, so it was only right that if we can help out others in need that we do that.”

Drew Gallagher, a director at Cardwell Nurseries, from Lunderston Bay, Gourock said: “It was great to see the delight on the youngsters’ faces when they first saw their refurbished garden and it’s made all the effort worthwhile.

“It’s hard to believe anyone could have been so heartless to destroy what these kids had created. But as they say, every cloud has a silver lining and the pupils at St Paul’s have a fantastic new garden they can work on and get the benefit from.”

Thanks pic: Pupils at St Paul’s Primary made ‘thank you’ cards for intu Braehead general manager, Gary Turnbull, second from left in back row and Drew Gallagher, a director with Cardwell Nurseries, left.