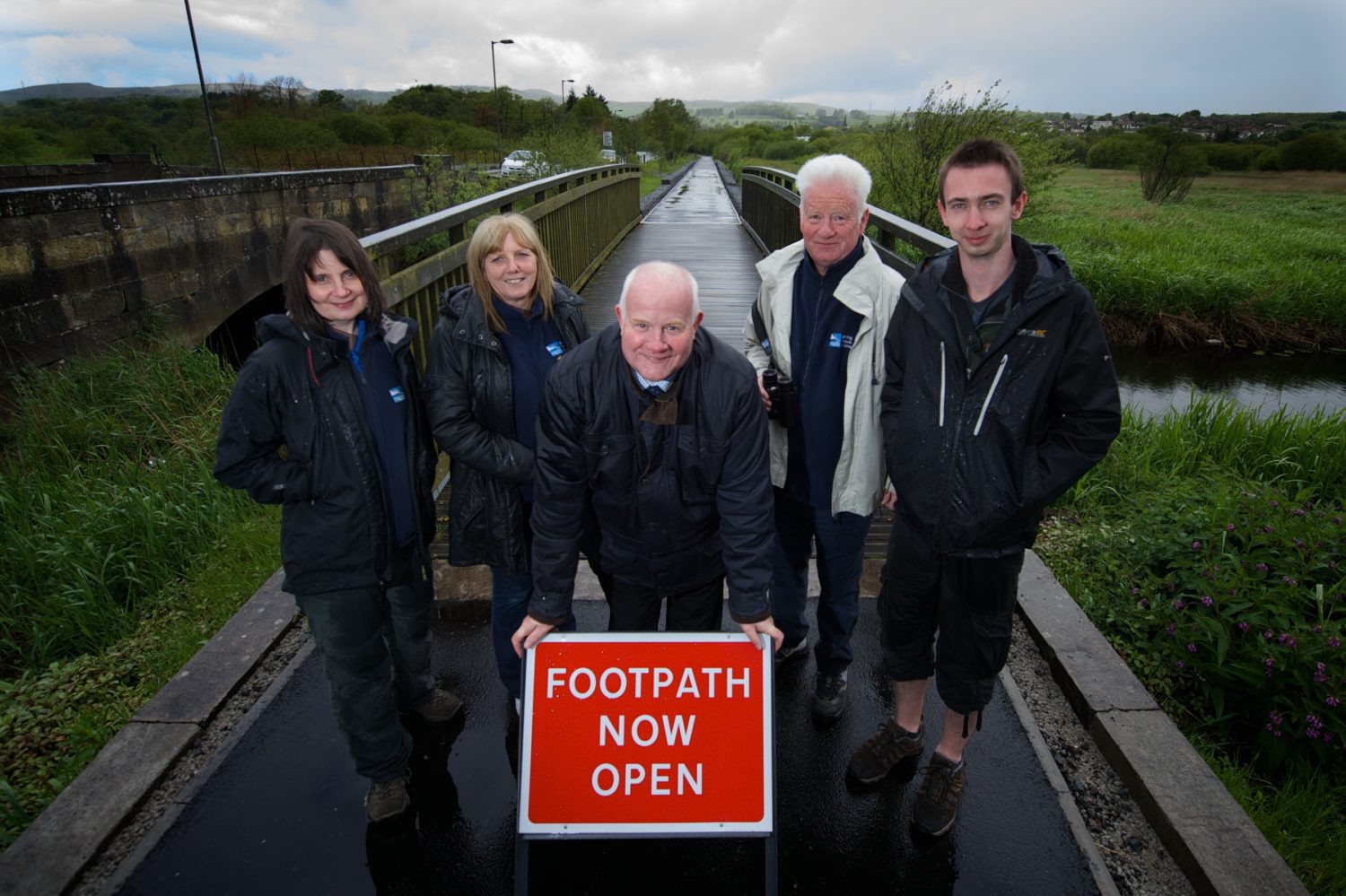 A popular footpath linking the village of Lochwinnoch to its railway station and the nearby RSPB nature reserve has been reopened after extensive improvements.

The footpath which runs alongside the A760 is part of the well-established Castle Semple Trail. It is well used by train passengers, walkers and birdwatchers but in the past has been liable to flooding from nearby Castle Semple Loch and Barr Loch.

By raising the level of the footpath by almost one metre in some places, the new path will now be less likely to flood.

“We are pleased that significant improvements have been made to the path and that the work has been completed.

“Once again local residents and visitors have a convenient route between the village and the railway station and the RSPB’s visitor centre.”