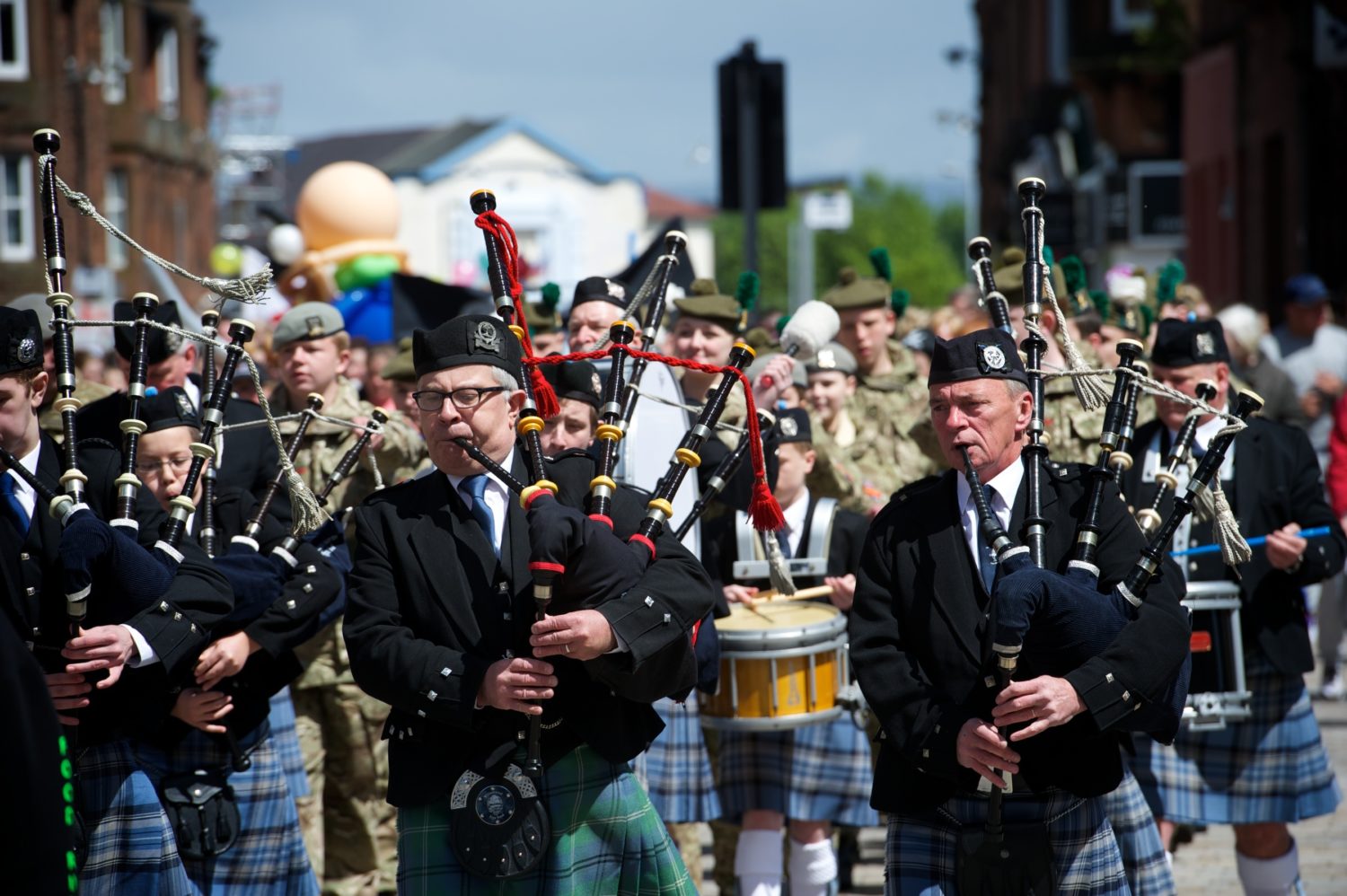 Despite a blustery start to the weekend, the skies above Renfrew cleared just in time for this year’s ‘Superstar’ themed Renfrew Gala Day, which was attended by well over 5500 local residents yesterday afternoon.

Community groups from the town gathered to form one of the biggest parades in the event’s history, which made its way through Renfrew Town Centre to Robertson Park to officially open the event and kick start the afternoon’s celebrations.

The parade proved to be a great opportunity for locals to do some star-spotting too as many of the groups taking part had come along dressed as their favourite film, music and sports hero in honour of this year’s Superstar theme.

Robertson Park itself was packed with fairground rides, live entertainment, stalls and lots of free fun-filled activities for all the family. This year the park was also home to the Caravan Obscura, a unique light installation packed inside a regular touring caravan and a farmer’s market for the first time.

“It is fantastic to see so many local people out enjoying Renfrew Gala Day, especially those who have embraced this year’s Superstar theme by attending in costume. The event is at the heart of the community and receives a great deal of support from local residents, groups and volunteers who should be thanked for making the day so special for everyone.”

Mall gives diners a taste for jazz
Scroll to top