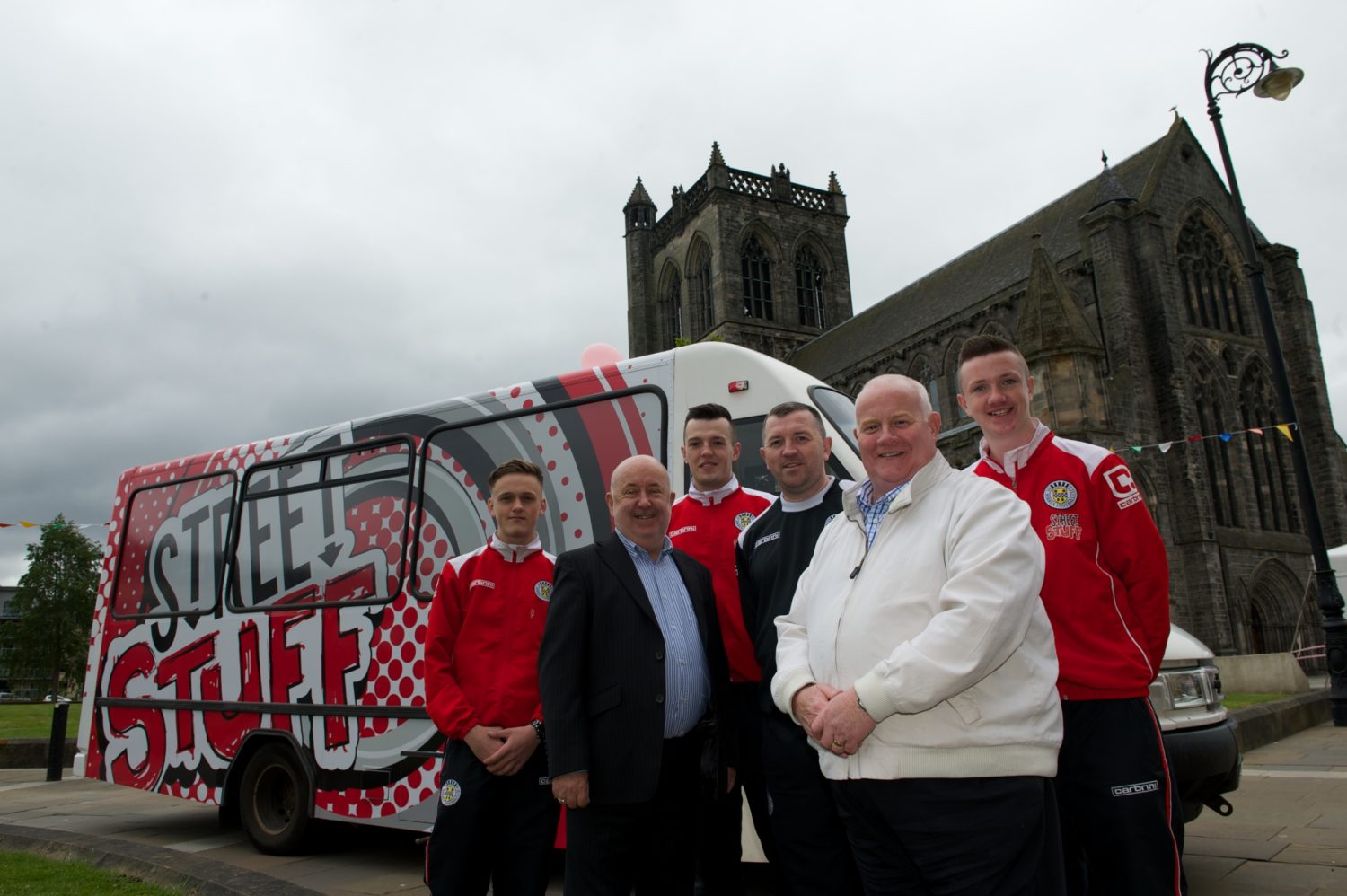 Renfrewshire’s successful Street Stuff youth programme is back on the road this summer with a new schedule and a new custom-built activity bus.

The new Youth Bus has been fitted out with four of the latest game consoles, large screen TVs, music systems and up-to-date games including FIFA 15, FIFA Street and NBA basketball.

The Youth Bus will be at the following locations from 29 June to 16 August:

The full Street Stuff summer programme provides activities every day of the week in 24 different locations across Renfrewshire. Full details can be found at www.renfrewshire.gov.uk/streetstuff.

“The new Youth Bus is a great addition to the Street Stuff programme.

“It allows us to reach young people in a large number of areas, providing a safe space where they can team up with their friends and meet new people from outside their own communities.

“The summer programme will take the Youth Bus to locations across Renfrewshire and we hope to see even more young people enjoying the activities it provides.”

“By giving youngsters a place to go and things to do, and by working with police and the council’s community safety services, youth disorder rates have fallen in every area where Street Stuff operates.

“The programme has made a huge difference to the young people who take part in it and to the communities it works in.”

“The new state-of-the-art Street Stuff bus is a fantastic new addition to the programme and I am sure the Street Stuff ‘coach’ will be as good quality as our own coaches.”

Street Stuff was set up in 2009 offering evening football sessions and ‘The Box’ – a mobile gaming and activity centre – for young people aged 10-18 in Renfrewshire. Since then the programme has been expanded to offer dance sessions and table tennis as well as the new Youth Bus.

Street Stuff is an award-winning programme which aims to divert young people away from antisocial behaviour. The programme is a partnership between Renfrewshire Council, St Mirren Football Club, Engage Renfrewshire, Police Scotland and Strathclyde Fire & Rescue.

Since the launch of the programme, reported incidents of youth disorder and antisocial behaviour in Renfrewshire have dropped by 75%.

Scottish first for cost of the school day as Renfrewshire unveils £6m poverty...
Scroll to top