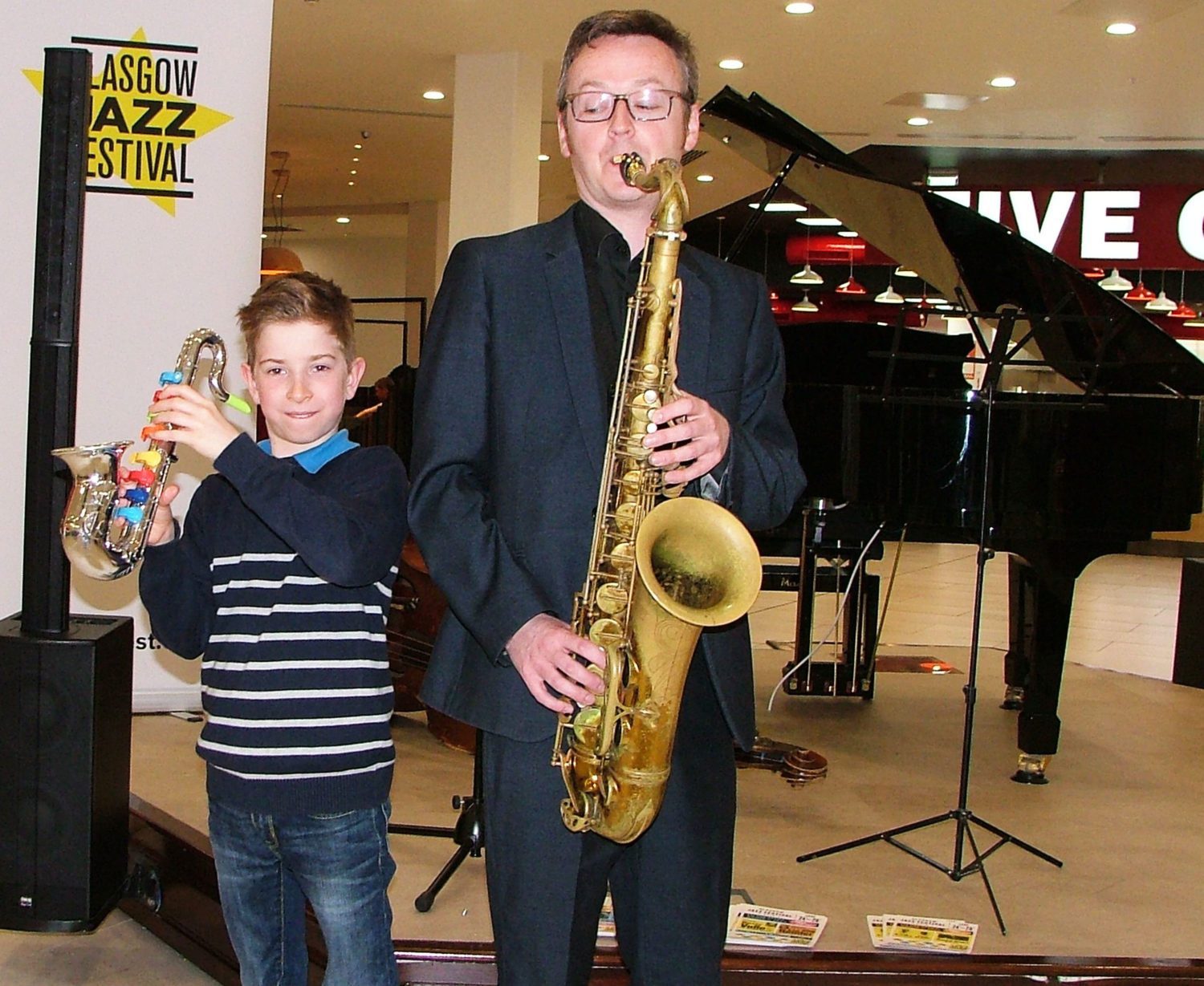 THE malls are alive to the sound of music as diners at the intu Braehead shopping centre get a taste of the Glasgow Jazz Festival.

Jazz bands are now performing on the new stage set up in front of the eateries in the lower mall.

Already diners have enjoyed the music from the Andrew Sharkey Trio featuring Paul Harrison, on piano; Brian Molley, on saxophone and Andrew Sharkey on double bass.

The music being played was just a starter for what’s on the menu at the Glasgow Jazz Festival, which runs between June 24 and 28.

And between 6pm and 8pm on Friday, June 12, the jazzers return to intu Braehead with two solo pianists – Peter Johnstone, who was winner of the 2012 Young Scottish Jazz Musician competition and Fergus McCreadie, one of this year’s finalists.

There’s a real treat for fans of traditional New Orlean’s jazz on Sunday, June 21, between 6pm and 8pm, when the Scottish legends that are Penman’s Jazzmen, who were formed in 1959, take to the stage at intu Braehead.

General manager for intu Braehead, Gary Turnbull said: “We’ve jazzed up our new food mall and built a stage for performers to entertain our diners.

“So what better way to kick it all off than to join with the Glasgow Jazz Festival to bring some of the best musicians around to intu Braehead.”

Caption: All that jazz – nine-year-old Andrew Colville was visiting intu Braehead when he joined in a performance with sax player, Brian Molley.

SHOW STOPPING MAY PERFORMANCE FOR GLASGOW AIRPORT
Scroll to top