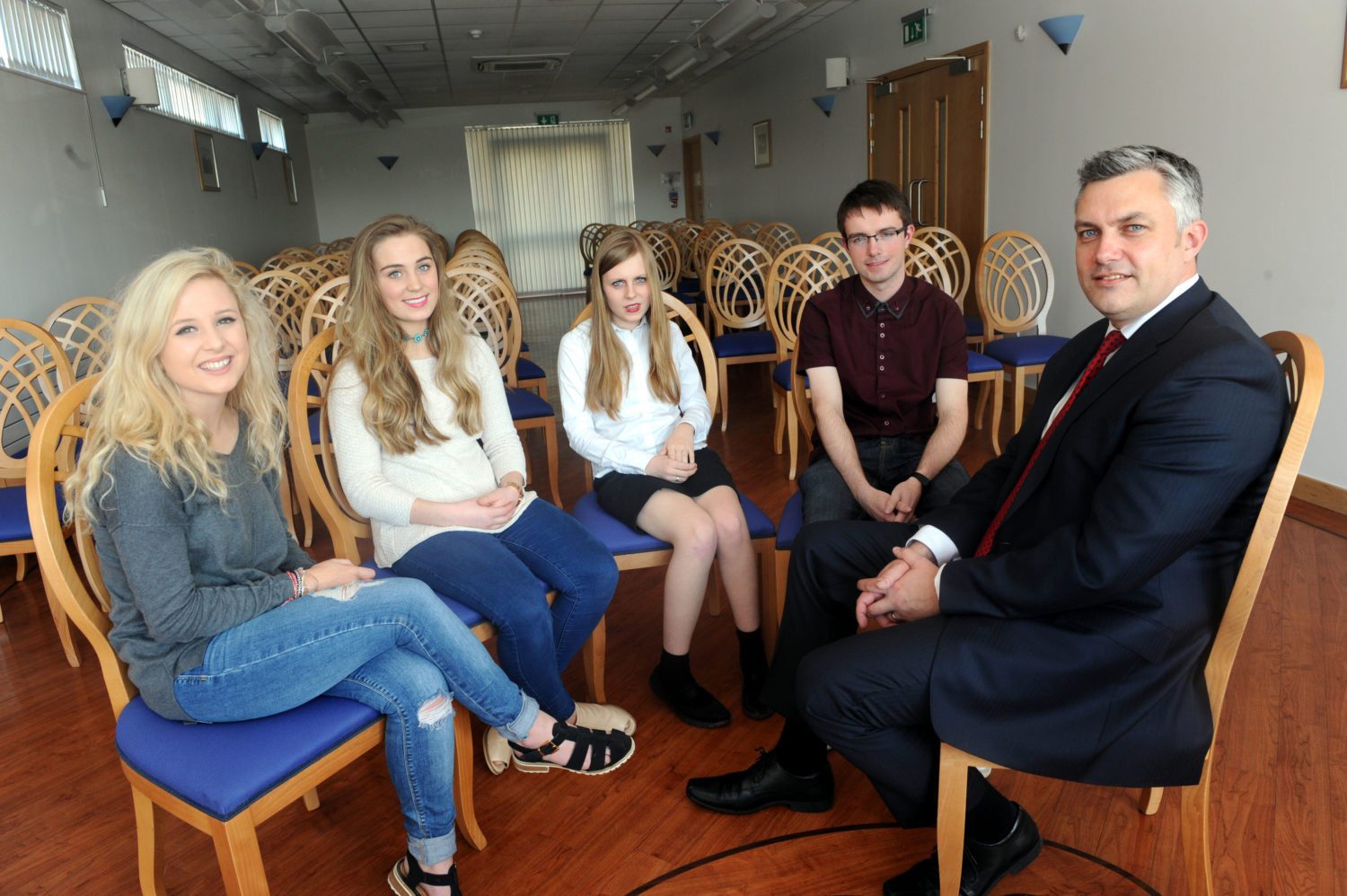 The MSYPs will be joined by nearly 200 delegates when they attend their first National Sitting on 13 and 14 June at Park Mains High School, Erskine.

And the Leader is looking forward to working with local MSYPs on the Scottish Youth Parliament’s next campaign – POVERTY.

Last year, Councillor Macmillan met with Renfrewshire’s former MSYPs on the Care.Fair.Share campaign, which resulted in the council passing a motion on fairer pay for young carers.

Mark Macmillan said: “Tackling poverty is one of this council’s top priorities, so I welcome the chance to work with our local MSYPs on their new campaign – POVERTY.

“Supporting young people out of poverty was the main reason the Renfrewshire Tackling Poverty Commission – the first of its kind in Scotland – was initiated by the council. And over the summer we will plan the delivery our £6m tackling poverty fund. We already have successful programmes underway, like Families First which helps support parents with children in their early years, offering advice and practical support.

“We have an excellent track record of working with young people. When the outgoing MSYPs approached the council on the Care.Fair.Share campaign, we listened and voted to adopt fairer pay for young carers. I am looking forward to working with the current MSYPs over the next two years.”

The POVERTY campaign is seeking to raise awareness among young people about poverty, combat poverty stigma and work with decision makers to uphold the UK-wide commitment to tackle child poverty by 2020.

For more information on the POVERTY campaign, visit www.syp.org.uk.